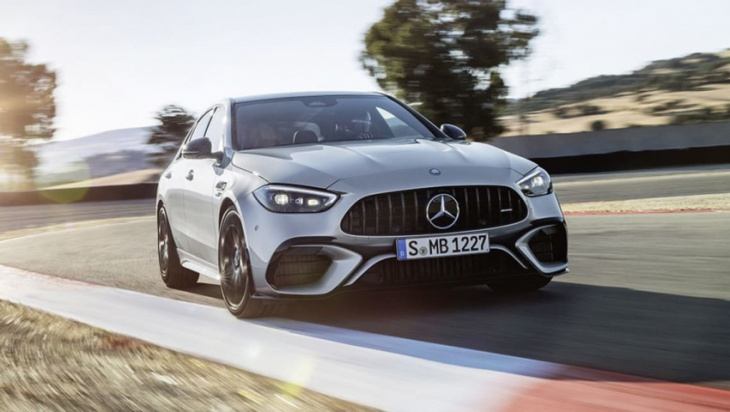 The end of Mercedes-AMG’s love affair with its signature 4.0-litre, twin-turbo petrol V8 engine has begun with the launch of the brand’s new four-cylinder C 63 S E Performance.

Power and torque outputs are up substantially compared to the outgoing V8 model; the E Performance producing 500kW and no less than 1020Nm from its combination of a 2.0-litre turbo-petrol four-cylinder engine and a single, two-speed, electric motor (sitting on the rear axle).

The (M139l) petrol engine alone, uses a combination electric and exhaust gas turbo arrangement to produce 350kW/545Nm, and Mercedes-AMG is claiming it as the world’s most powerful four-cylinder production engine.

Drive goes to all four wheels via a nine-speed auto transmission and a specifically calibrated version of Merc’s ‘4Matic’ variable all-wheel drive system (with ‘Drift’ mode).

At the same time weight has pushed past 2.0 tonnes, the four-door weighing in at 2111kg, compared to a relatively trim 1730kg for the previous C 63 S sedan. 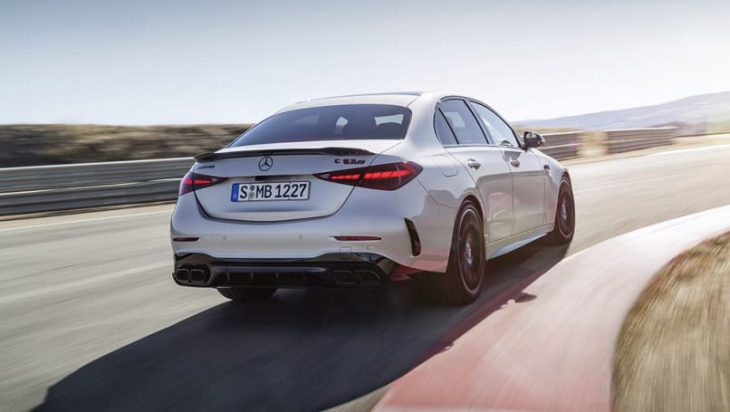 Drive goes to all four wheels via a nine-speed auto transmission.

But those massive outputs are enough to overpower the 22 per cent weight gain, the new car able to accelerate from 0-100km/h in a supercar-rivalling 3.4 seconds (compared to 4.0sec for the old model).

Despite the extra heft and mega performance, claimed fuel consumption is 6.9L/100km, down from 8.2L/100km in the outgoing model.

Launched in sedan and wagon form, the new C 63 S E Performance is 83mm longer, and 76mm wider than a standard Mercedes-Benz C Class (at the front) thanks to an increased front track measurement.

Carspotters will notice a slim vent in the centre of the bonnet and, for the first time, a black AMG emblem replacing the three-pointed star and laurel wreath badge on the bonnet. There’s also an AMG-specific grille, aero-focused canards on the sculpted front apron, as well as matching side skirts and a deep diffuser at the rear. 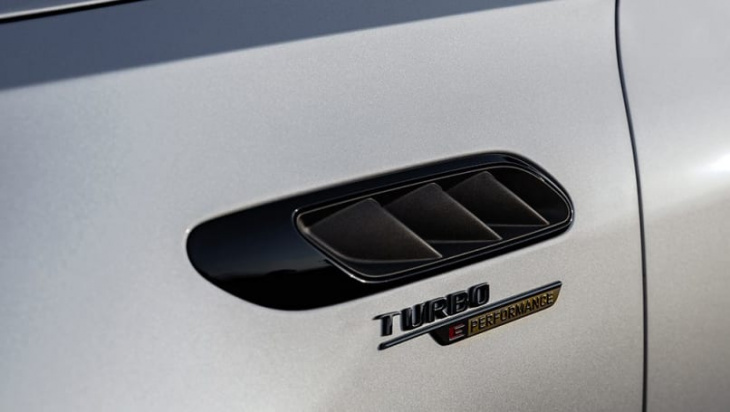 Despite the extra heft and mega performance, claimed fuel consumption is 6.9L/100km.

Inside there’s a second-generation version of the ‘AMG Performance’ front seats, as well as a specific evolution of the Mercedes ‘MBUX’ multimedia system, featuring AMG and hybrid-specific displays and functions.

Speaking of which, the car’s 560-cell, 400-volt battery features a direct, fluid-based cooling system to maintain optimal operating temperature. This also means regenerative braking can be tuned more aggressively, from Level 0 through to Level 3, and even a ‘Race’ drive mode. 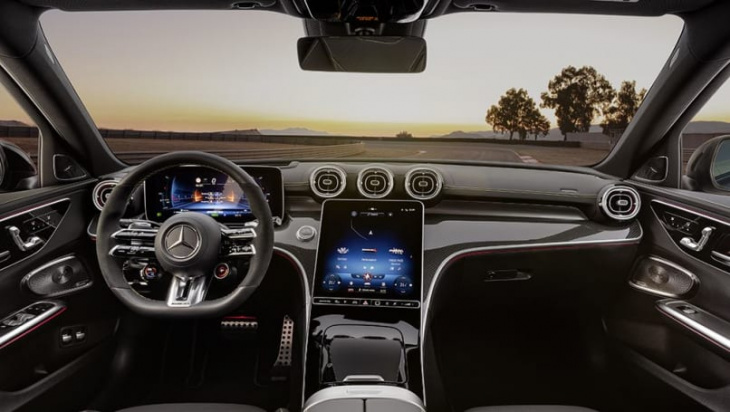 Inside there’s a second-generation version of the ‘AMG Performance’ front seats, as well as a specific evolution of the Mercedes ‘MBUX’ multimedia system.

Mercedes-Benz has confirmed the C 63 S E Performance for local introduction in mid-2023, with pricing and final specification to be announced closer to launch. For reference, the out-going C 63 S Coupe is priced at $179,868, before on-road costs, with the Cabriolet version sitting at $201,368.