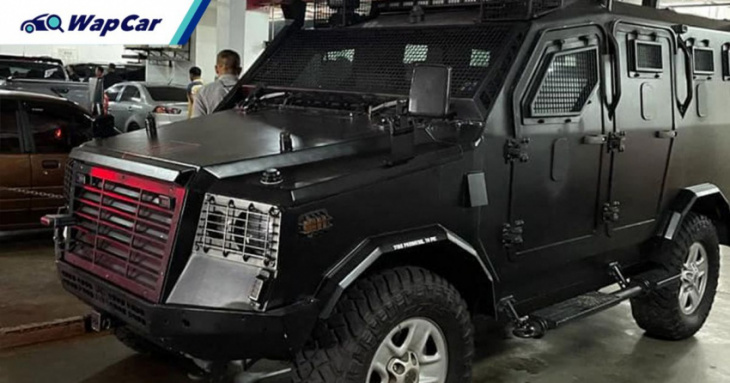 Social media is amused by what looks like a mine-resistant ambush-protected vehicle was used to escort Prime Minister Datuk Seri Ismail Sabri Yaakob to the Umno headquarters over the weekend.

Ismail Sabri was present at the HQ to attend a meeting of the Umno Supreme Council, as the vice-president. 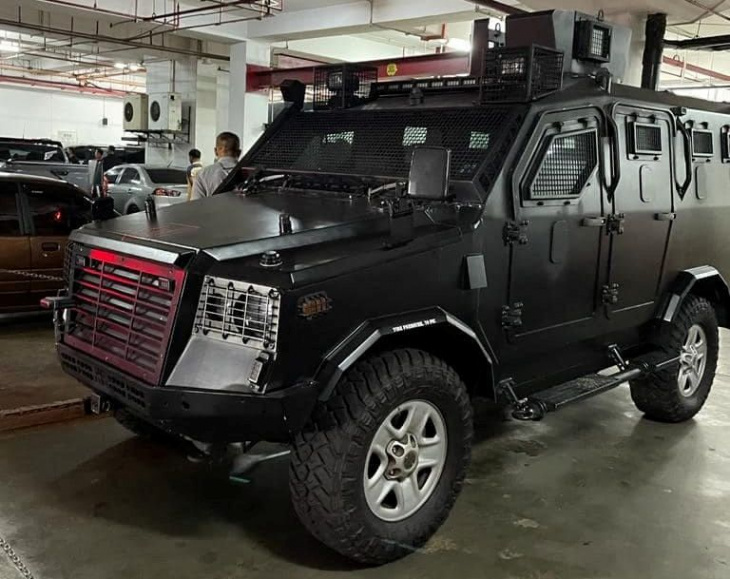 The meeting was held after party president Ahmad Zahid Hamidi held a special briefing for the divisional leaders earlier that day.

Netizens on Twitter had a field day taking jibes at the need for such a vehicle to escort the PM. Some commented that it is a sign of an “internal war” starting within the Umno building. Others joked that such a “safety measure” is needed as “something was about to happen soon”. 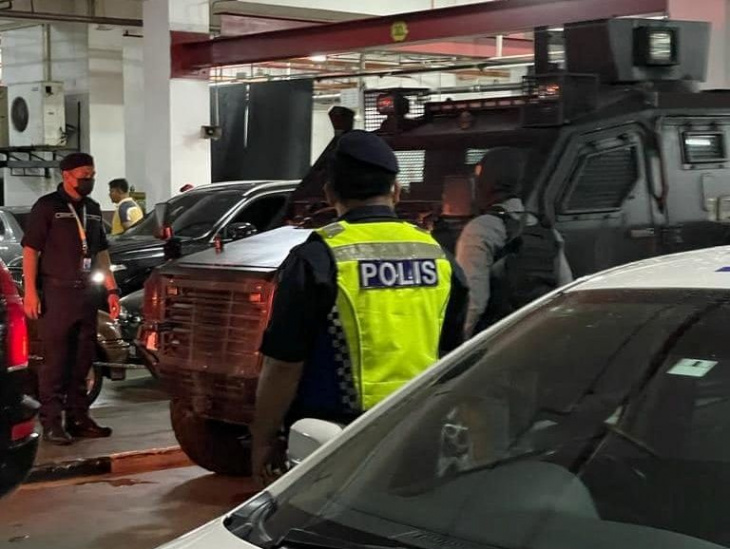 The photos were originally uploaded by a Twitter user accompanied by the captions “police and commandos”. 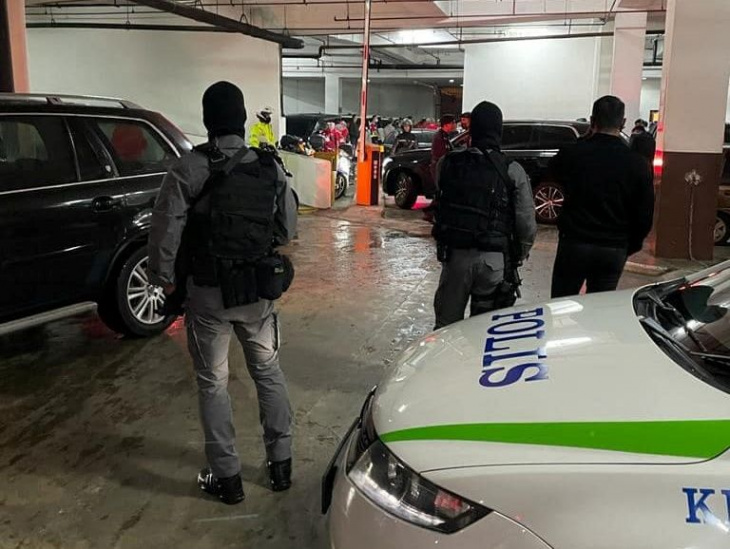 At the time of writing, Free Malaysia Today (FMT) claims that they cannot independently verify the claim although many police personnel were spotted at the car park the photos were taken.