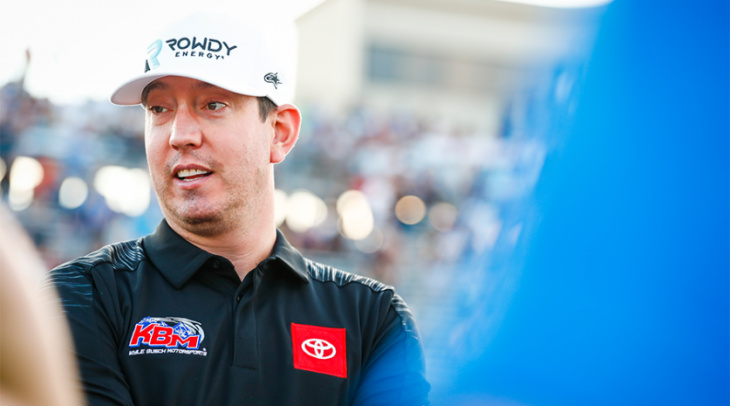 When Kyle Busch announced last week that he would join Richard Childress Racing in 2023, it came with the added news that Busch made sure his contract allowed him to compete in the Indianapolis 500 with a Chevy-backed team.

Well, according to the Associated Press the possibility of that being a reality may be near.

On Thursday (Sept. 22), the AP reported that Arrow McLaren SP, is “in serious conversation about running a fourth Indianapolis 500 entry” for Busch.

Such an entry would “likely be backed by Menards,” which is a major sponsor in both NASCAR and IndyCar as a backer of Team Penske.

2023 will mark nine years since Busch’s brother, Kurt Busch, was the last driver to attempt the “Double” of competing in the Indianapolis 500 and Coca-Cola 600 on the same day. In 2014, the elder Busch finished sixth in the Indy 500 in a car owned by Andretti Autosport. He then finished 40th in the Coke 600 when the engine expired on his Stewart-Haas Racing entry.

While the NASCAR Cup Series is preparing to begin the Round of 12 in the playoffs, the work is already underway for the Round of 8.

This week NASCAR held a two day organizational test at Homestead-Miami Speedway, which will host the second race in the Round of 8.

More than 20 teams from 14 organizations took part in the test. The fastest time from across the two-day event was posted by Team Penske’s Joey Logano at 167.126 mph (32.311 seconds) around 1.5-mile track.

“Homestead is such a unique racetrack,” said Team Penske’s Austin Cindric. “I wish we would have gotten that chance for probably a few other playoff tracks as far as open tests, but everyone has had the same opportunity and we’ll have the same opportunity to go back and look at the data, but I think it’s also valuable to do it on a tire that’s consistent between a lot of intermediates now, so I think from that standpoint it’s great.  The weather is obviously going to be different. It was mid-90s when we were down there testing, so it’s obviously not gonna be that hot when we come back in October, but, either way, it’s great to be able to try out some stuff between all of our cars.  I think it’s certainly productive.”

Through three NASCAR Cup Series playoff races, all three have been won by drivers who failed to make the playoffs. That’s the first time that’s happened in the NASCAR’s postseason era.

While a non-playoff driver has won the Texas Motor Speedway playoff race before, it’s been a while.

In 2006, Tony Stewart was ranked 11th in the point standings at the time of his Texas playoff race win. That was in the era of there only being 10 drivers in the playoffs.

And only twice has a non-playoff driver won the fourth race in the postseason.

Joe Nemechek did it in 2004 when he won at Kansas Speedway while ranked 21st in the point standings.

Two years later, Brian Vickers won the fourth race at Talladega Superspeedway when he was ranked 16th in points at the time.