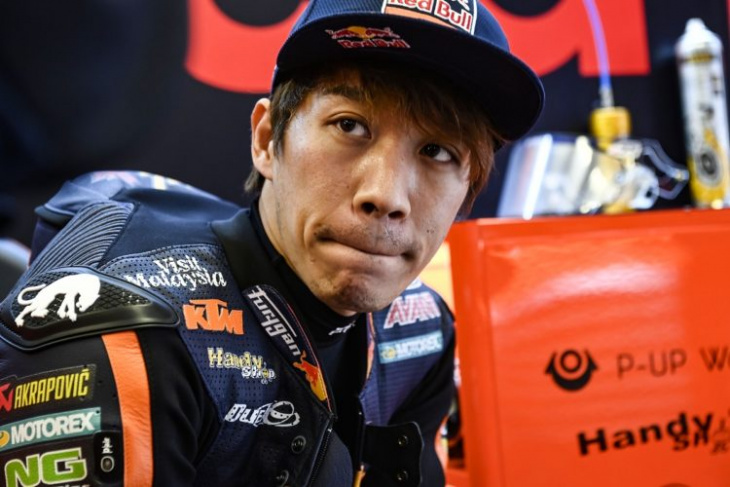 Tetsuta Nagashima will replace Takaaki Nakagami for this weekend’s Thailand Grand Prix with the latter being diagnosed with a torn tendon in his little finger following the Japanese Grand Prix.

LCR rider Nakagami elected to try and complete his home race weekend just a week after suffering nasty injuries to the tendons in his right hand following his crash on the opening lap of the Aragon GP, though he struggled throughout and eventually finished 20th at Motegi as the last classified runner.

The Japanese racer visited a specialist on Tuesday morning ahead of the Thailand GP to undergo an MRI scan on his injured hand, where it was found he had torn the tendon in his little finger – forcing him to miss the encounter at the Buriram International Circuit, though he is “hoping” to be back for the Australian GP in two weeks time.

Nagashima this has been given his second premier class start with the Italian outfit in his countryman’s place, the one-time Moto2 race winner having made his debut in the series last weekend as a wild-card for Honda as part of his job as the marque’s test rider.

Kazakhstan to join MotoGP calendar from 2023

“First of all, I wish Taka well and I hope that he can come back as soon as possible,” said Nagashima.

“I’m looking forward to this weekend’s event. I really had a lot of fun at the JapaneseGP, and I learned quite a lot.

“So, this weekend, I want to continue to do the same because I still have to learn a lot of things with the MotoGP bike.”

Nagashima qualified a solid 19th for the Japanese GP in the sodden wet conditions that plagued the Motegi track on Saturday and was sticking with the main pack before crashing out just prior to mid-distance.

Keyword: Nagashima to sub for injured Nakagami at LCR Honda for Thailand GP