My 2022 RE Himalayan: Side stand extender installation & other updates 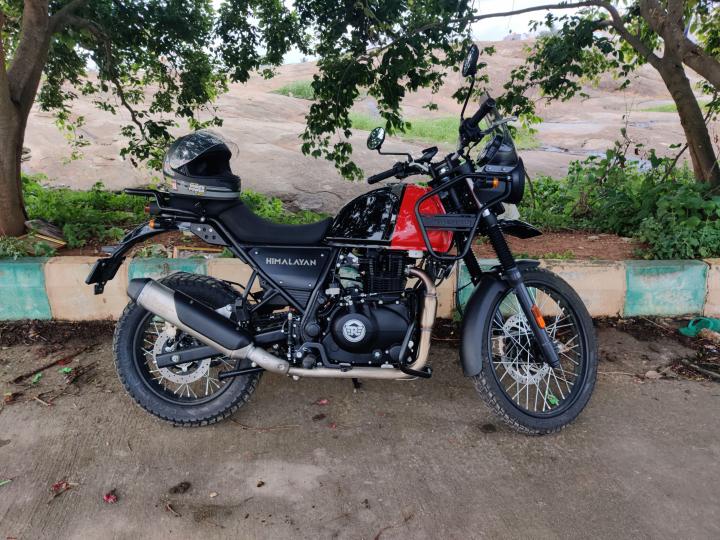 The side stand extender is pretty average. I will give it the benefit that it is cheap but still not very good.

BHPian WhiskeyTangoFox recently shared this with other enthusiasts.

Hello All!, Quick update on the additions to the bike. I wanted to purchase a side stand extender and a rear brake fluid reservoir guard for a while. Viaterra makes an amazing extender but it is pricey. Wanted to make sure I gave other options a shot before I dropped money on the viaterra. So, I found an extender by a company called Ultraway for 330Rs. Considering it was very cheap, figured I might as well give it a go. I bought the reservoir guard from them too! 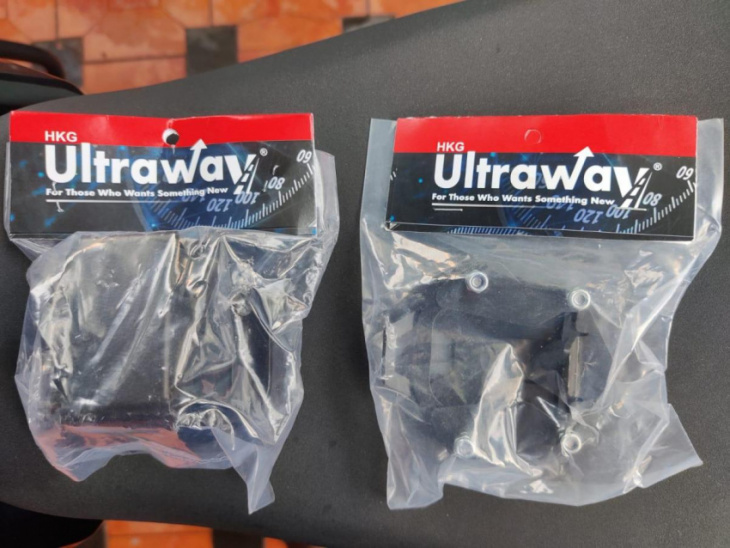 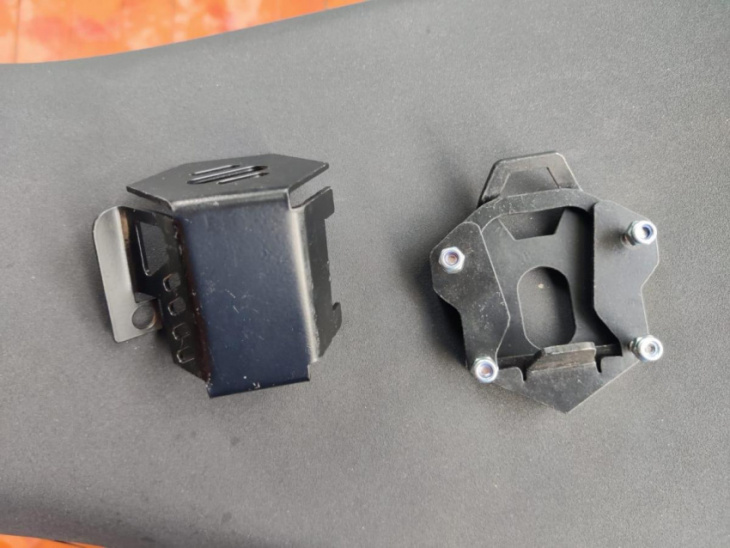 A picture of the products. 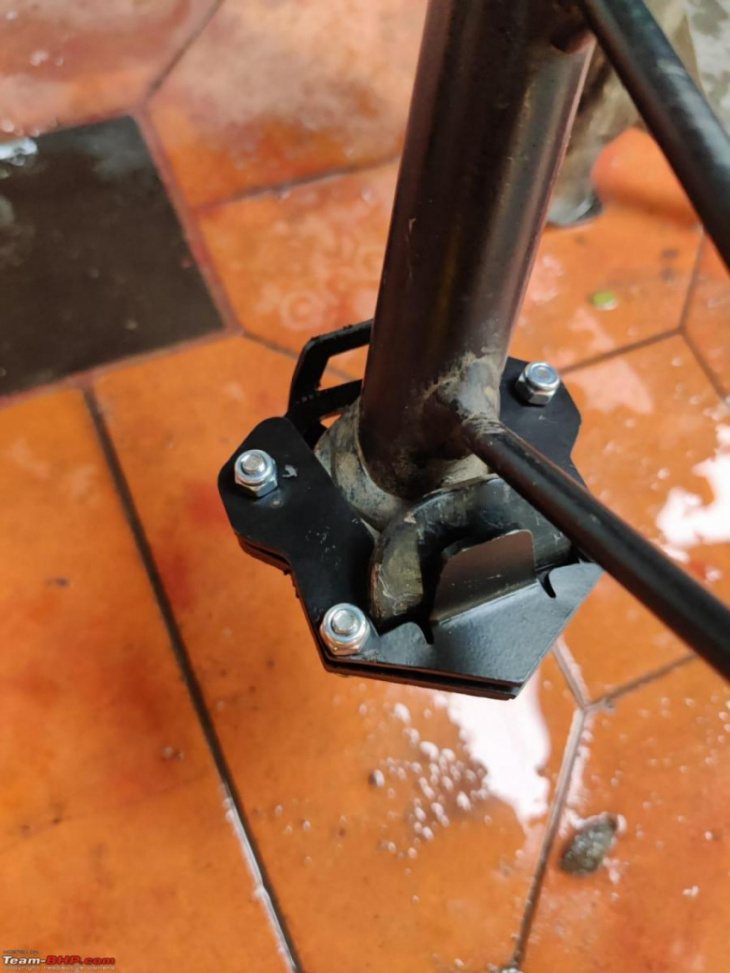 The side stand extender is pretty average. I will give it the benefit that it is cheap but still not very good. It does the job for sure, but the disadvantages are as follows:

I will be replacing it with a vVaterra extender later on, but for now, I’ll leave it on. 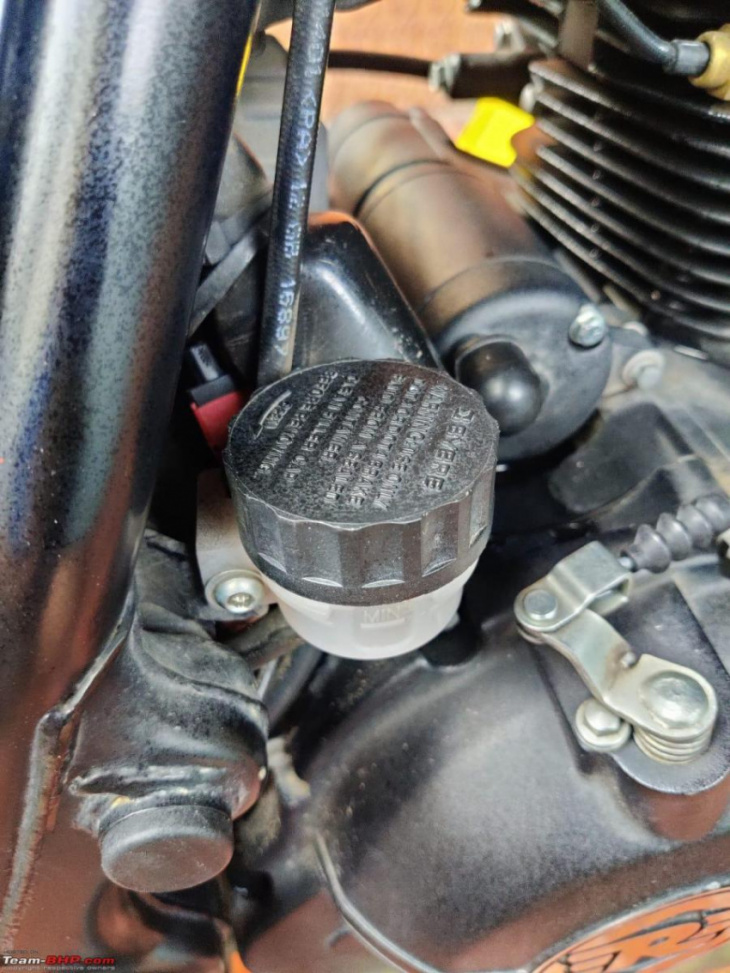 The rear brake fluid reservoir on the Himalayan is quite exposed IMO. Although under normal circumstances, it is unlikely that it will get damaged, I don’t want to take that chance. 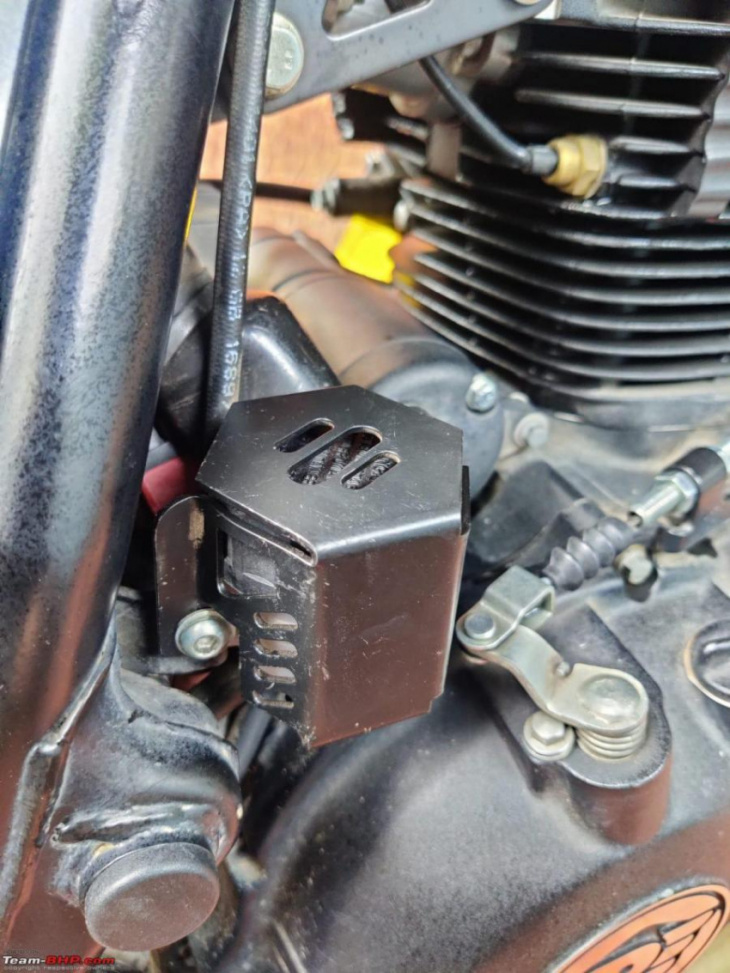 This guard is of good quality, and serves the purpose. Was fairly straightforward to install and you’ll only need a 4mm Allen key. Was pretty cheap again a 350Rs. I’ll leave the link below in case anyone wishes to purchase it.

I have ordered the Viaterra Headlight Guard as well and will update as and when it arrives. Thanks!

Keyword: My 2022 RE Himalayan: Side stand extender installation & other updates