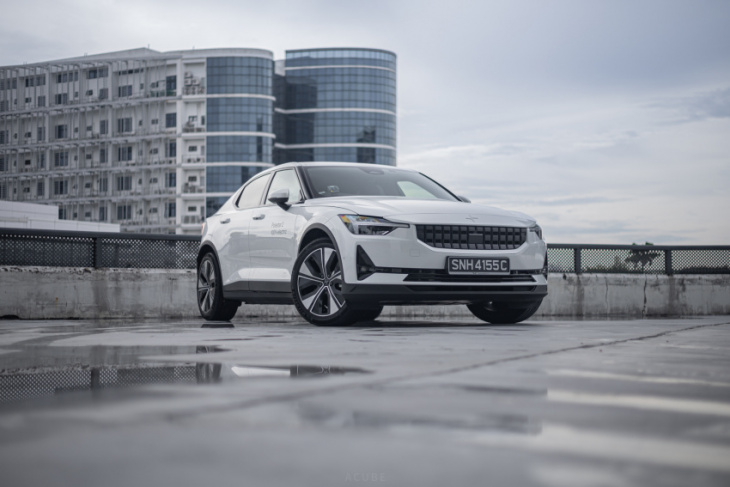 The electric revolution is upon us. Every manufacturer has gotten their feet wet in this new fangled EV space, all offering similar, yet subtly different solutions in this current era of transportation.

But I need to address the elephant in the room. Despite the aggressive push from the lawmakers of the world, there’s no getting away from the issues that owners of electric vehicles will have to put up with.

Range anxiety is one of the major factors dissuading drivers from making the switch, as are the lengthy recharge times, a direct consequence of the limitations in present-day charging technology. Nevertheless, as is the case with the iPhone, and even Microsoft, someone would eventually have cracked the code, culminating in this eureka moment of sorts that would change the course of history. 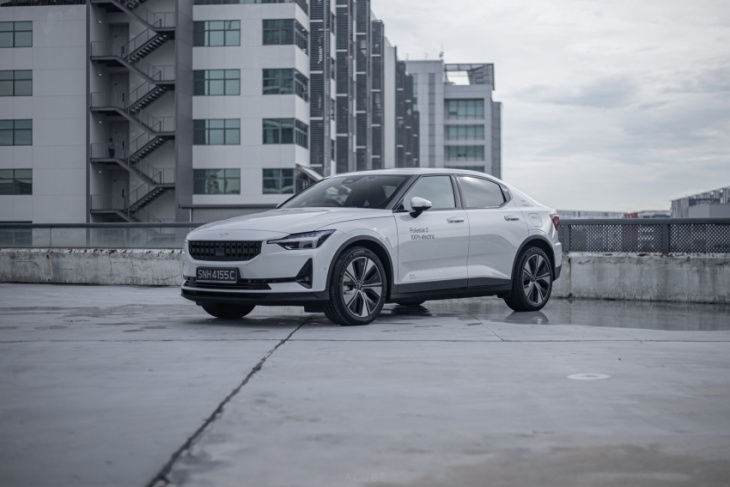 And I believe the folks at Polestar might have done just that with this refreshed Polestar 2 SRSM.

Cliché title perhaps, but the Polestar genuinely emanates the Nordic design ethos. You’ll see this in the exterior design, where simple and clean lines help to create a sophisticated-looking car. In fact, you get the sense that a lot of thought has been put into every surface of the vehicle. 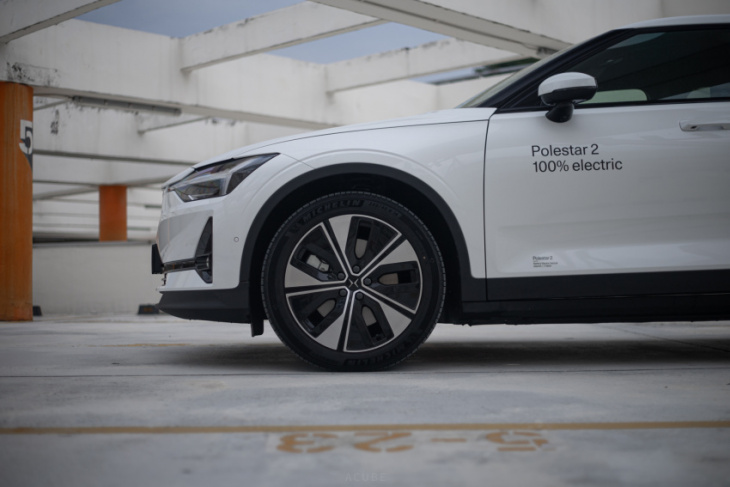 There’s more than a whiff of Volvo in the front fascia of the car, with Polestar themselves admitting that the “Thor’s Hammer” DRL and indicator lights are a subtle nod to the company’s Volvo origins. You will not find cluttered lines and fussy colour-contrast trim panels here – the Polestar has a properly sculpted front bumper that still remains stylish even in the absence of design gimmicks.

The rear end has every bit the visual mettle that you’d find throughout the car. A bold crease in the tailgate is accompanied by a crisp light bar, which itself is flanked by equally gorgeous rear light clusters. Again, despite the cosmetic simplicity, it oozes class, something that a lot of its closest rivals seem to neglect in a bid to draw attention on motor show stands.

A No Compromise Sustainable Cabin

Polestar is obsessed with sustainability, but without compromising on the user experience. You get very few panels in raw, hard plastics here – most of the key touch points have been trimmed in various ecological materials, which do not saddle the planet with environmental burden, whilst still offering a pleasant and high-end experience. 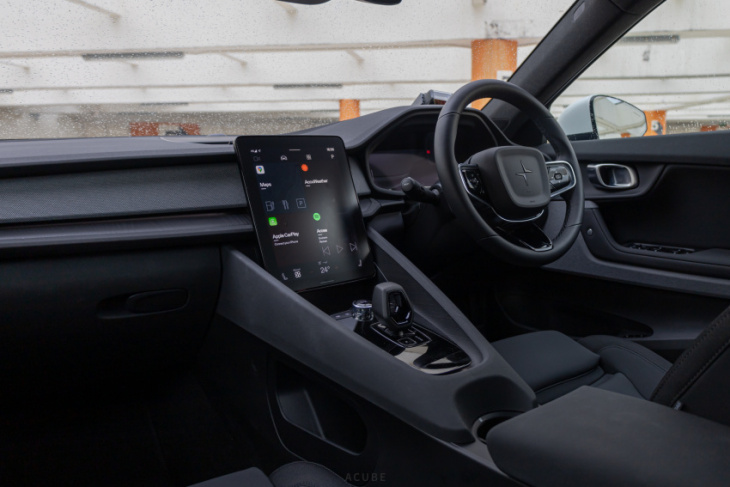 Additional reduction in the car’s carbon footprint was also achieved through breakthroughs in fabric technology. You’ll find WeaveTech fabric used for the cabin, a material made out of a water-based polymer inspired by divers’ wetsuits. It does not mimic leather, because Polestar wants to redefine what premium materials should be. And ambition actually matches execution in this regard, for the cabin feels properly high-end. It also helps that it is well screwed together too. 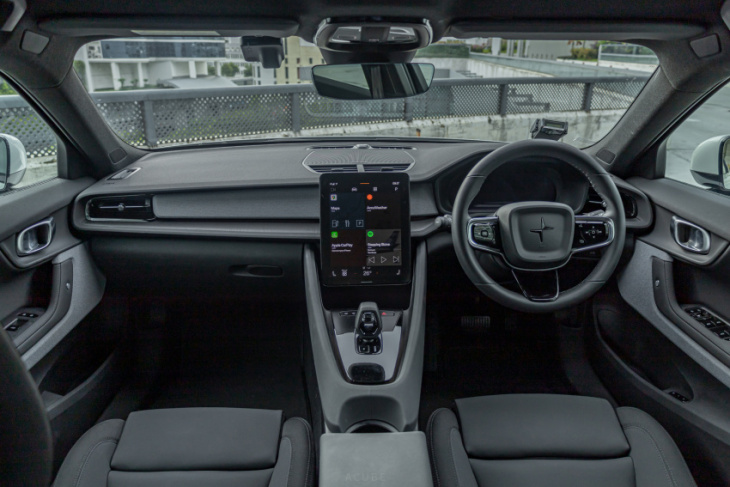 Even the infotainment screen fits the theme of the car. Android Automotive is one of the better in-car entertainment solutions on the market right now, offering the same smartphone apps that you’ve grown accustomed to, but now natively supported in-car instead. Also, despite there being an obvious lack of switchgear in the cabin, the intuitive nature of the user interface means you’ll never struggle to find and adjust the settings of the car to your heart’s content.

It may only have 231 bhp, which really isn’t an impressive figure in the power-crazed world we find ourselves in, though numbers can sometimes lie. As you’d have expected from a modern electric vehicle, the Polestar 2 SRSM will put all of its 330 Nm of torque to the road instantly, so you’ll be able to outrun most commuter cars off the line.

Having driven the LRDM model earlier in the year, I can confirm that the SRSM is a better fit for the ethos and character Polestar is aiming for. Again, it’s still plenty quick enough, but with half the torque of the flagship Polestar 2, you do not experience the urgent surge of the faster car. 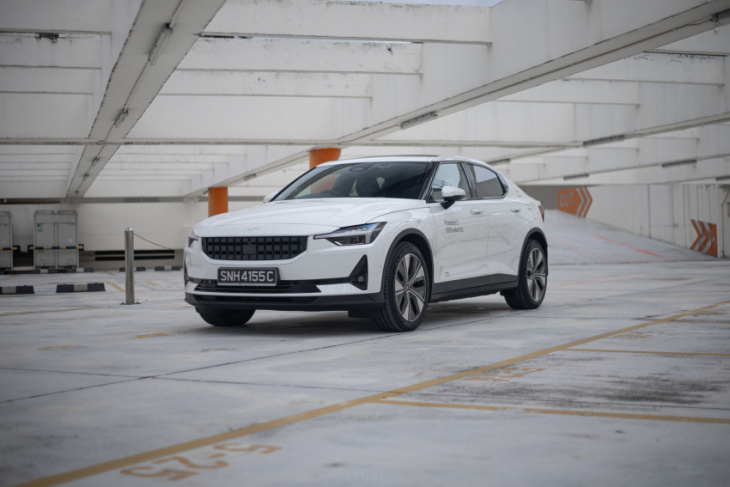 As a general package then, it most certainly is a car that you’d be more able to live with daily. Polestar’s Traction Control system also works very well, and doesn’t rob you of the finer wheel speed control that some other systems tend to do. The car feels like it only momentarily tapers the power to the motor, allowing the spinning wheel to regain traction without abrupt power cuts or a system that panic grabs on the brakes.Granted, it doesn’t drive as engagingly as its more powerful sibling or even its American rival. That isn’t to say that it is a bad handling car – far from it. The grip on offer is confidence inspiring, and the long throttle pedal travel makes it easy to regulate both wheel spin and regenerative braking. 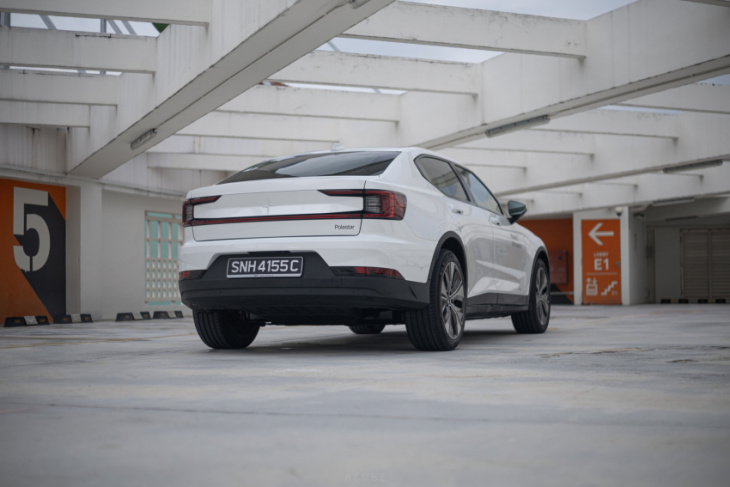 The biggest selling point of the car will have to be its range. Polestar claims the car will do 478 kilometres between charges, and with some maths, I’d have been able to do around 420 kilometres of mileage if I so decided to drive the car to empty. Keep in mind also that this wasn’t achieved in a laboratory, or through any sort of efficient driving – the car spent plenty of time at driving at the speed limit, or in stop-start traffic, so there’s reason to believe that even more range can be extracted should traffic conditions be favourable.

Finally An Electric Car Without The Range Anxiety?

This is perhaps one of the first EVs I’ve tested without experiencing the dreaded phenomenon that is range anxiety. The Swedes have worked some proper witchcraft with this Polestar 2 SRSM, so I was able to comprehensively use it throughout a four day press drive whilst only charging it once.

That also brings me on to the next point, which is that Polestar has seemingly managed to marry the perks of ICE ownership, with the positive traits that you’ve come to expect from a quality EV. The car will charge at up to 130 kW, which means a 10 – 80% top up in just 32 minutes. 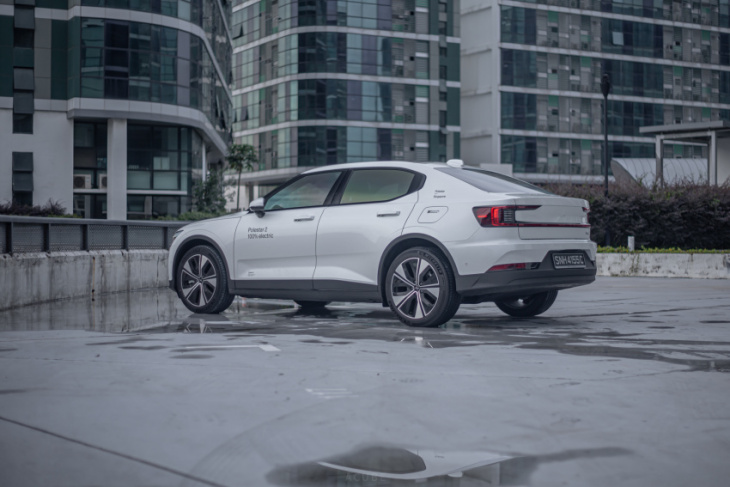 In the real world, you’re looking at an empty-to-full charge time of around 45 minutes, and that charge will be enough to last you for a week’s worth of commuting fairly comfortably. Couple that with solid build quality, a silent yet torque-y drivetrain and stylish Nordic looks, and you have solid grounds to dub this as a front runner for being the best all-round car, regardless of its method of propulsion, on sale today.

Swedish carmaker Polestar has reached a key milestone for its signature Polestar 2 model, with 100,000 units manufactured some two and a half years after production started at parent company Volvo’s Taizhou factory in Luqiao, China. The 100,000th Polestar 2 is destined for a customer in Ireland, one of ...

What is Apple CarPlay? The Polestar 2 received Apple CarPlay this past summer Fast facts about the new Polestar 2 Polestar specializes in all-electric luxury cars, but some features have surprisingly been missing from these high-end EVs. For example, the brand’s primary offering, the Polestar 2, didn’t have Apple ...


View more: Polestar 2 Finally Gets Apple CarPlay, but What About the Other Polestar Models?

It's a special car. Too bad it's already sold out.

What Is Polestar and What Vehicles Does Polestar Make?

Week Of 10th October: Audi RS e-tron GT Review, The Global Launch Of The New Polestar 3, And Our Opinion On Why Modern Cars Are Starting To Look All The Same!