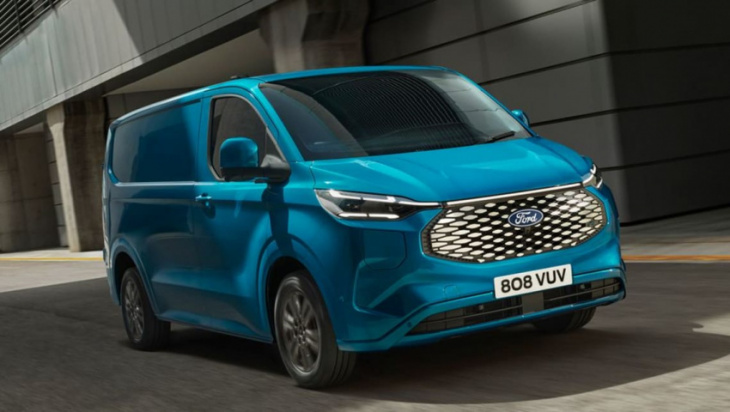 The E-Transit Custom is confirmed for Australia and it will compete with the Mercedes-Benz eVito.

Ford is counting on its commercial vans – the incoming E-Transit and E-Transit Custom – to lead its electric charge, but the Blue Oval is set to be beaten to market by the three-pointed star.

Ford originally announced the introduction of the E-Transit in October 2021 and indicated it would be on sale by the middle of 2022. With that timeframe having come and gone, the company has confirmed the E-Transit has been delayed until a 2023 launch, likely in the first half of the year.

Only a few weeks after Ford confirmed its plans for an electric van, Mercedes-Benz announced it would offer not one but a trio of battery-powered load luggers beginning in 2022. The German brand will offer the eVito commercial van as well as the eVito Tourer and EQV people movers, with plans to add the eSprinter in 2024.

While neither are in the country just yet, Mercedes has opened the order books for its electric vans and has indicated customers will be taking delivery before the calendar turns to 2023.

Ford, though, has delayed the E-Transit into next year without any specific launch date. The brand is perhaps hesitant to lock in a launch date given further delays are possible as the global supply chain crisis continues to impact not only Ford, but most major carmakers.

However, not deterred by the delays for the E-Transit, Ford Australia has recently confirmed the introduction of the E-Transit Custom, the smaller commercial van that will compete directly with the eVito, while the E-Transit and eSprinter square-off.

Of course, neither will be the first electric commercial vehicle available in Australia, with the Renault Kangoo ZE taking those honours, but the Mercedes and Ford models are bigger and compete in bigger-volume segments.

The specifications for the E-Transit remain unchanged, with the big van powered by a 68kWh battery that provides it with a driving range of 317km (on the WLTP test cycle).

Power for the E-Transit comes from a 190kW/430Nm electric motor that sends all of its performance to the rear-wheels. Crucially the batteries are mounted under the floor so cargo capacity is unchanged.

The smaller E-Transit Custom gets a unique powertrain that makes 160kW/415Nm and boasts a range of 380km. 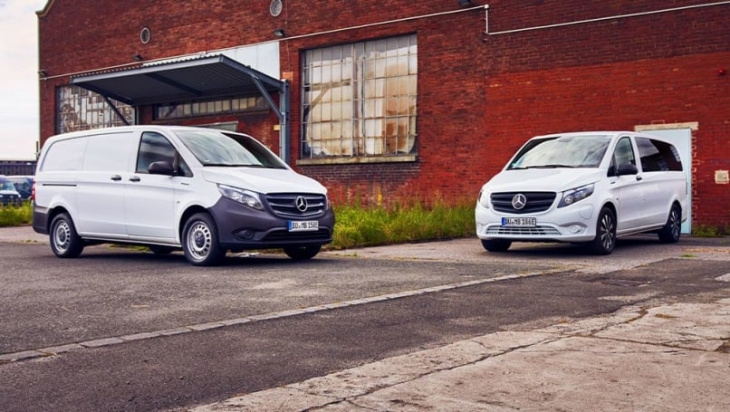 Mercedes-Benz announced it would be offering three electric vans.

While most of the attention in the electric vehicle market is focused on the rush of new SUVs and sedans – such as the Tesla Model Y, Polestar 2 and Kia EV6 – the commercial vehicle market is seen as a key new battleground for carmakers.

While the E-Transit’s 317km range may not look like much on paper, Ford claims that’s more than double the distance the average commercial van travels on any given day.

The increased charging capacity also helps make these vans appealing, with Ford claiming the E-Transit can go from 15 to 80 per cent charged in just 34 minutes, or take eight hours using its 11.3kW on-board charger.

Ford Australia already sees the internal combustion Transit and Transit Custom as a key part of its plans for growing its sales beyond the Ranger and Everest. Local boss Andrew Birkic told CarsGuide recently that demand for the big van remains high but supply is constrained out of its European plant.

The hope is by expanding the Transit range to include the electric version that demand will only grow, but it will have to play catch-up to Mercedes if it wants to become the market leader.

Keyword: Move over Tesla! Why Mercedes-Benz and Ford are winning the new electric car race

Volkswagen is finally beginning to update the VW ID.4 software, and they are starting by adding over-the-air (OTA) update support along with other necessary features. Over the past two years, Volkswagen has been heavily criticized for its lack of software improvements and dedication to the software in pre-existing products. ...

Polestar is launching a downloadable Performance Upgrade for drivers of the Polestar 2 all-electric vehicle in North America. The upgrade will increase the Polestar 2’s Long Range Dual Motor trim level horsepower rating by 68 to 476. Meanwhile, the vehicle’s 0-60 MPH acceleration rate has improved to 4.2 seconds ...