Motorists with a diesel vehicle face paying £111 to fill up the tank, AA warns

Drivers of diesel vehicles face being clobbered with record pump prices if ministers hike fuel duty at the next Budget, the AA has warned.

Average pump prices could surge by 14p to an all-time high of more than £2 a litre in March – or £111 for a family car tank. 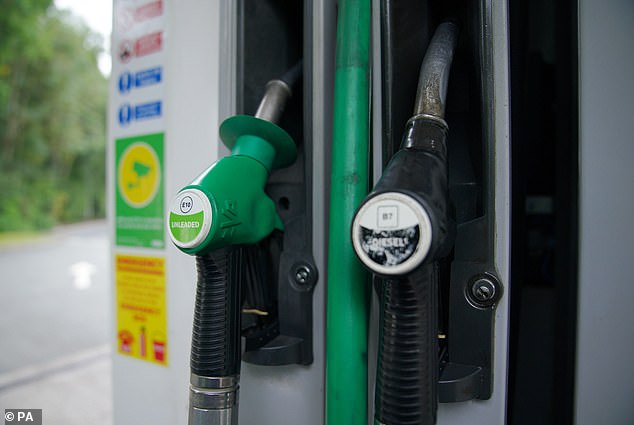 Drivers of diesel vehicles face being clobbered with record pump prices if ministers hike fuel duty at the next Budget, the AA has warned

The all-time record for diesel, set in July, is 199.2p a litre, while for petrol it is 191.6p. Ministers are being urged to come clean on whether a fuel hike is planned, with Mr Hunt saying ‘no decision’ would be made until the spring.

Howard Cox, of the FairFuelUK campaign, said: ‘It would be the economics of the asylum if this Government whacked more filling up costs in 2023 on to one of the world’s highest taxed drivers.’

Meanwhile, supermarkets were accused of ‘taking advantage’ of motorists by charging ‘far higher’ fuel prices than they should. Drivers are being denied cheaper fuel by the biggest retailers despite a drop in wholesale costs. Analysis by the RAC found supermarkets are enjoying margins of 15p a litre on both petrol and diesel.

It means drivers pay ‘unnecessarily high’ prices of 163.70p for petrol and 188.12p for diesel, based on last week’s average prices.

The wholesale petrol price has dropped by 13p and diesel by 22p – yet the average diesel price at a supermarket forecourt has only fallen 3p a litre and petrol 4.4p.

Keyword: Motorists with a diesel vehicle face paying £111 to fill up the tank, AA warns