Motor Racing: Audi to enter Formula One from 2026

Audi’s decision to enter Formula One from 2026 is a ringing endorsement of the sport’s new power unit rules and broader push to clean up its environmental footprint for a more sustainable future.

The German carmaker, part of the Volkswagen Group which is also lining up a second entry with premium brand Porsche, made the announcement at the Belgian Grand Prix on Friday.

It came only 10 days after the sport’s governing FIA approved a new power unit from 2026 that had been widely expected to pave the way for the two VW marques to join the sport.

“I think it’s perfect timing due to the new rules that are established now for us to enter F1,” Audi chairman Markus Duesmann told a news conference.

“We have decided to be a fully electric car manufacturer and F1 changed the rules in a way that we can enter with a very high electric part of the powertrain, with renewable fuels and Formula One have installed a cost cap that makes it very attractive for us to enter now.” 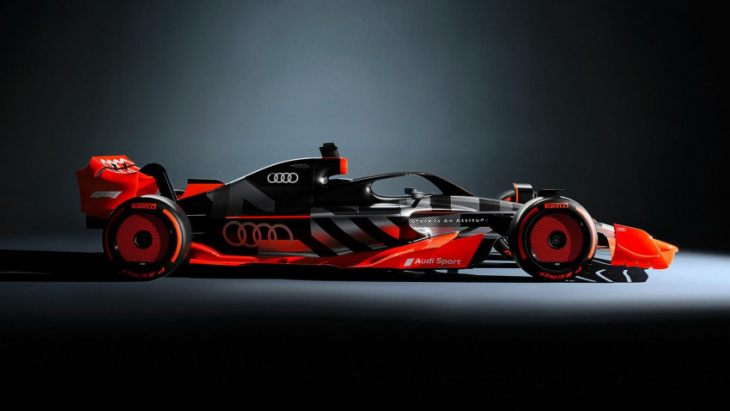 Formula One already uses one of the most efficient turbo hybrid engines in the world and the next generation will retain the high-revving 1.6 litre V6s but with significantly more electric power and 100% sustainable fuels.

They will be less complex, with the rules doing away with the MGU-H element that recovers energy from exhaust gases, and less expensive with a cost cap imposing restrictions on development running.

Formula One is also aiming to achieve a net zero carbon footprint by 2030, which Duesmann called a “boundary condition” for Audi’s entry.

“If we didn’t change the power unit (regulations), we wouldn’t have given the opportunity for new teams to come. It took time, but we made it.”

Audi, which has been in talks for a tie-up with Sauber who currently run as Alfa Romeo, and Porsche, expected to partner with Red Bull, will join Mercedes, Renault and Ferrari as the sport’s power unit suppliers.

Honda has officially withdrawn from the sport but continues to supply Red Bull and sister team AlphaTauri with power units as part of a support deal that extends to the end of 2025.

Formula One has not had so many manufacturers since 2008, when there were six.

“We are totally convinced that the choice we have taken is the right one and will enable from a technological, sustainable and economic perspective to have and keep on board the actual teams and manufacturers and add more,” said F1 chief executive Stefano Domenicali.

The interest from the VW Group, which intensified its electric push in the wake of the ‘dieselgate’ scandal, also reflects Formula One’s surging popularity.

The sport has a fast-growing fanbase, with three races in the United States next year and four in the Middle East, fuelled by the Netflix docu-series Drive to Survive that has brought in new and younger audiences.

“It’s a great step, a great vision and I’m sure… (there) will be more and more people, more and more brands involved in Formula One to put and to raise the bar higher,” said Domenicali.

Keyword: Motor Racing: Audi to enter Formula One from 2026