Porsche is for sale. At least, it will be on September 29, if media reports on the subject have any veracity to them. That’s when the Volkswagen Group will offer up a portion of the famed automaker in an initial public offering. At that point, everyone from institutional to retail investors can, for the first time, hold a (small) piece of the company that brought us the most iconic of supercars, the 911.

That brings up all sorts of questions, like “Why do they need the money?” and “How much is it going to cost?” But if, for some reason, you want in on the impending IPO, the first question that you need to ask yourself is – just as it would be if you were buying one of the company’s fantastic automobiles – is it a good value? If you think the answer might be “yes,” then, unless you’re one of those GameStop idiots on Reddit, you’re going to want a whole bunch more information before firing up the ol’ Questrade account. Here’s a quick primer that will at least get you started.

This is probably the simplest of questions in an otherwise extremely complicated business. Volkswagen has made all sorts of promises surrounding the electrification of its fleet — its fleet in Europe will be completely battery-powered by 2035, for instance — that require an investment currently pegged at more than 70 billion euros over the next five years. That, even for the world’s second-largest automaker is, in the technical terms preferred by Wall Street, a sh#!load of money.

Some of that, of course, can be sourced from ongoing profits — net cash flow for the entire Volkswagen Group was a heady 8.6 billion euros last year — as well as taking on debt. But both have their limitations, so just like you or I when we might find ourselves fallen upon hard times, it’s selling something. Actually, part of something.

The most valuable thing in VW’s portfolio is Porsche. It may sell but three per cent of the cars peddled every year under the Volkswagen flag, but it generated no less than 34 per cent of Volkswagen’s automotive profits in the first nine months of 2021. In other words, it’s a going concern. Hence why VW is selling it. Or, as I said, a part of it. 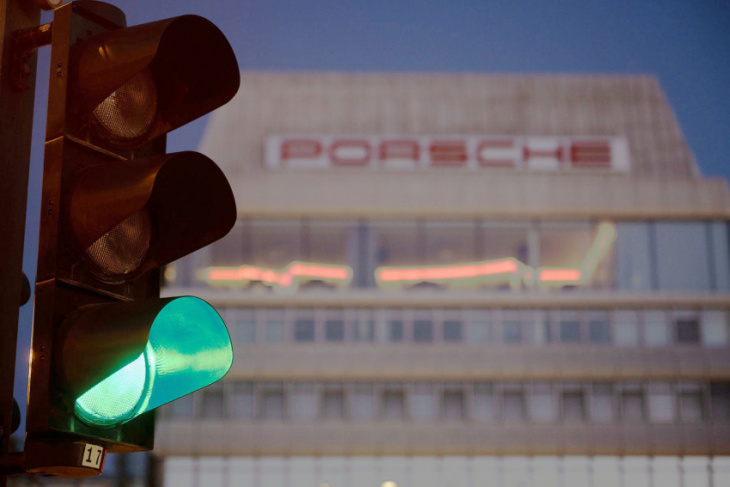 According to Forex, an over-the-counter foreign exchange company, the IPO will consist of 911 million shares (yes, even something as rigorously formal as an initial public offering must bow to the mystique that is Porsche). Half will be ordinary shares. The other half will be preferred shares. Forex says that just 25 per cent of the preferred shares will be listed as part of the IPO, which means that just 12.5 per cent of Porsche will be sold to the public. The company is being valued at about 70 to 75 billion euros, which, by the way, would make it more valuable than Mercedes-Benz, which sells almost 10 times as many cars. Do the math and the projected price of each share should be right around 80 euros at issue. Pretty simple, right?

The “preferred” shares that will be issued to the public — outsiders like you and me — don’t have any voting rights. The ordinary shares — those not being sold in the IPO — do. In other words, if you buy into the share-offering, no matter how big a portion you buy — be it one share or five million — you will have no say in how the company is run. Only those holding ordinary shares — and yes, the nomenclature does sound a bit duplicitous, don’t you think? — will accumulate a voting interest in Porsche.

Existing shareholders. More specifically, an entity called Porsche Automobil Holding SE (Porsche SE), which will buy 25 per cent of those ordinary — that should be read “voting” — shares. Now it gets even more complicated, because Porsche SE is already the biggest shareholder in parent company Volkswagen AG. As the chart just below explains, the holding company owns 31.4 per cent of the entire Volkswagen empire, but more importantly, 53.3 per cent of the voting rights.

A chart outlining the ownership of Volkswagen shares Photo by Volkswagen

But wait, it gets better. All of the ordinary — again, voting — shares of Porsche SE are in the hands of the Porsche and Piech families, both direct descendants of the great man himself, Ferdinand Porsche. In other words, since they already own the majority of voting shares in parent company Volkswagen and are buying a huge chunk of the voting shares in the new Porsche AG entity, Porsche will, as Forex so aptly puts it, “remain firmly under the control of both Volkswagen and Porsche SE.”

In other words, there will be absolutely no loss of control as a result of the stock offering and the monies garnered from them; the Porsche and Piech families remains as resolutely in charge of Porsche’s destiny as they ever were. The only price paid for the privilege will be that they have to pay a 7.5 per cent surcharge to the IPO pricing estimated above.

Another twist to the plot

According to Reuters, in the case of a successful IPO — no definition of “successful” is offered, but one assumes the newswire means if the shares sell at the expected pricing — “Volkswagen will call an extraordinary shareholder meeting in December where it will propose to pay 49 per cent of total proceeds” of the sale of the stocks. In other words, with the IPO expected to raise between 18.1 and 19.5 billion euros, Volkswagen will turn around and pay out some 8.9 to 9.1 billion of those Euros to its existing shareholders…

Which just happens to include the aforementioned Porsche SE, which, I hope you’ll remember, owns 31.4 per cent of Volkswagen. In other words, the Piech and Porsche families will pay Volkswagen a boatload of money on September 29 — the projected date of the IPO — to buy shares of the portion of Porsche it’s selling. But in December, VeeDub will refund them three billion Euros or so.

All told, according to my rudimentary back-of-the-napkin calculations, Porsche SE will be out just $6.9 billion to extend their (vote) controlling interest in Porsche, not to mention the future dividend payouts from Porsche’s profits. To be fair, according to my hedge-fund analyst friend — everyone should have one — it is not at all uncommon for existing shareholders to be rewarded with a special dividend or even a share offering as the result of an IPO. Using that money to offset the cost of the shares you’re actually selling, well, that is a bit rarer.

So, deal or no deal?

If I’ve painted a somewhat unflattering picture of Porsche’s IPO, I’d be remiss in noting that having Porsche SE — again, essentially the Piech and Porsche families — remaining in control of the venerable sports-car maker is probably the best guarantee of future profits to be had from this deal. As questionable as the financial shenanigans might be — not to mention calling those non-voting shares “preferred” — the company, under the families’ guidance, has been a model of superior management and a font of profits. 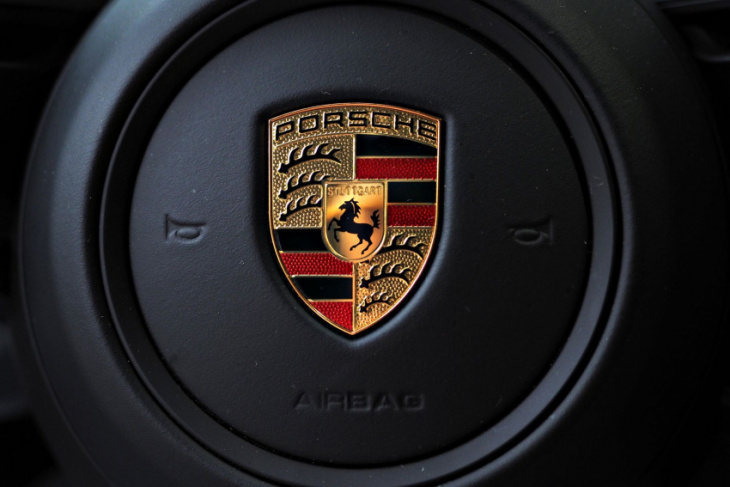 Complain all you want that the rich are getting richer, but I think we can all agree having the Pieches and Porsches in charge is preferable to having the aforementioned GameStop idiots having a vote in how Porsche conducts its future business. The fact that Volkswagen AG and Porsche will end up owning all the voting shares in the new company — Porsche AG — might actually be good news for investors.

It’s certainly lent confidence to the market. Qatar Holding, which already holds 10.5 per cent of Volkswagen shares (and 17.0 per cent of its voting rights) is in for an additional 4.99 per cent. Norway’s wealth fund — the largest such sovereign fund in the world — is buying a chunk as well, as is Abu Dhabi and T. Rowe Price.And, if you want to get in on the deal, I know that Forex — as I am sure other institutional investment firms — will have Porsche AG on offer. Besides, even a cynic like Yours Truly appreciates that (at least a portion of) the money raised is being used to further electrify Volkswagen’s automobiles.

And let’s remember that, voting rights or no, the shares being offered are in the most consistently profitable automaker in the world. “Past performance is no guarantee of future results” may be the most important mouse copy in the investment world, but it’s a good bet that a share bought in Porsche AG will be paying dividends for some time to come.

Keyword: Motor Mouth: How much is a piece of Porsche worth?