Tesla CEO Elon Musk recently shared that the electric Semi will begin shipping before the end of 2022. 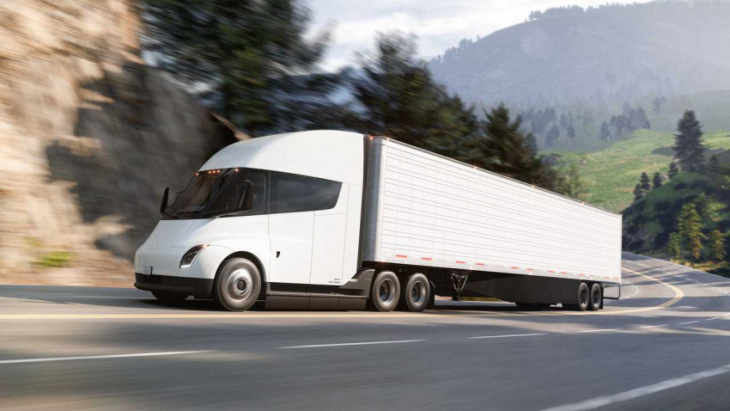 We’ve been reporting on Tesla Semi sightings for years, and it seems the US electric automaker rarely tries to hide its vehicles. This is especially true since they typically aren’t out in the wild prior to when Tesla has already revealed them to the world, though many changes are likely made between a vehicle’s introduction and its official launch.

That said, recent Tesla Semi sightings are getting people excited about the fact that the fully electric hauler is set to officially arrive soon. Multiple companies placed orders and have been waiting for years for their Tesla Semis to ship. Tesla revealed the semi-truck in 2017 with hopes of bringing it to market in 2019.

Much like the situation with the Tesla Cybertruck, the Semi has been delayed repeatedly. However, Tesla and CEO Elon Musk have confirmed on more than one occasion that the Cybertruck will go into production in 2023, and it appeared that would also be the case with the Semi. Musk surprised fans last month stating that the Semi is actually coming before the end of 2022.

At any rate, Electrek just shared multiple images of the Tesla Semi that people have posted on various social media platforms.

While there’s no way to know for sure, there’s speculation that with all the Tesla Semis being spotted around the country on public roads, the electric truck could be arriving sooner rather than later. Tesla plans on being the very first customer, so perhaps the automaker already has some production Semis at work. We do know Tesla has been working with the prototypes and even using them for its business for some time now.

Tesla is building the electric haulers in Nevada, though it aims to bring volume production to Giga Texas in 2023. As you can see from the images above, the sightings were in Kentucky and Arizona. There have also been Tesla Semi sightings in many other US states, as well as Canada.

There are reportedly thousands of reservations for the Tesla Semi, including the likes of UPS, Pepsi, Anheuser-Busch, and Walmart.

Keyword: More Tesla Semis Out On Public Roads Prior To Upcoming Deliveries