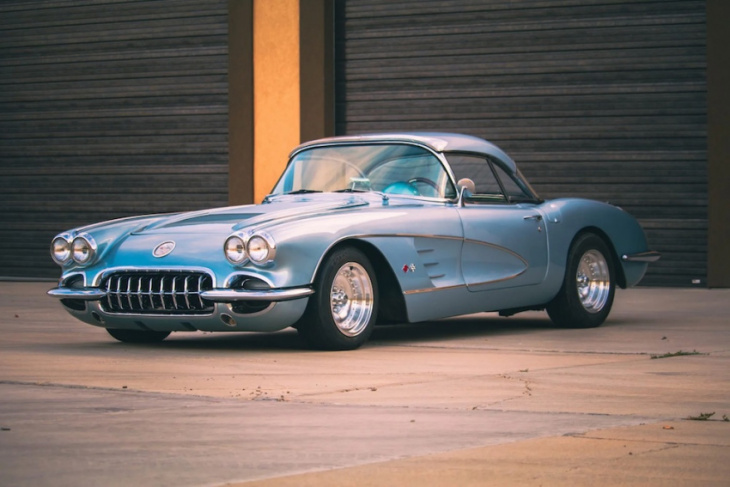 This modified 1958 Corvette was built decades ago, but it still looks pretty darn good today.

Modified Corvettes are a bit of a mixed bag, as is the case with most other models out there in the automotive world. This is because, well, some folks have good taste, while others may not. Throw in the fact that mods tend to have a short shelf life, and you’ve got a recipe for potential disaster. However, this tastefully modified 1958 Corvette up for grabs at Bring a Trailer has stood the test of time after many of its modifications were made roughly 40 years ago, when the seller’s father first acquired it.

That work began with a new blue paint job, a hue that covers the entire body, including the coves and hardtop. The seller also added a louvered hood, dual exhaust tips, and a set of aluminum 15-inch Ultra wheels to the mix, the latter of which are wrapped in Toyo Proxes TPT tires. The result is a clean, simple look that doesn’t take things to any sort of extreme, which is precisely why it has endured for decades and still looks great. 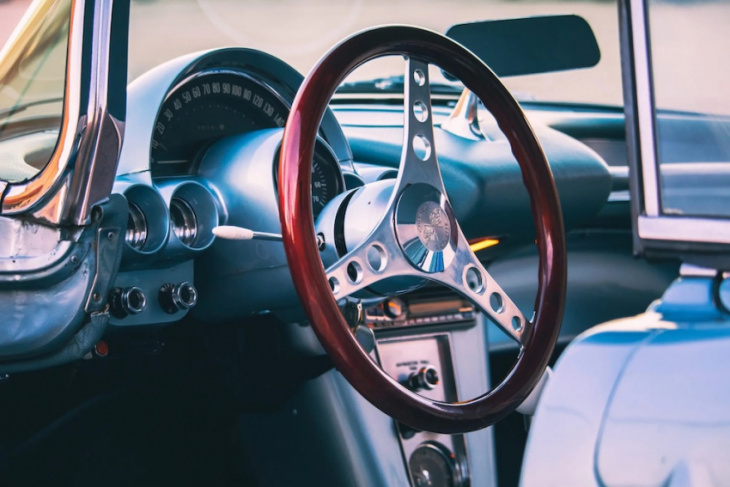 Underneath, this modified 1958 Corvette has been treated to a Mustang II front suspension, a Jaguar XKE-style independent rear suspension, a power rack and pinion steering system, tubular front control arms, adjustable coilovers, and four-wheel disc brakes. Power comes from a 305 cubic-inch tuned port injected V8 that’s been lifted from a 1985 Camaro, which sends power to the rear wheels via a four-speed manual transmission. 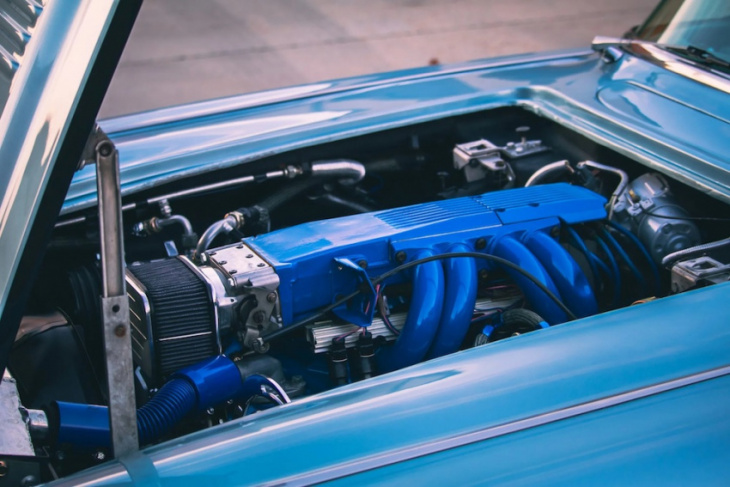 That engine may not be known for producing much in the way of power, but it gives this old C1 a reliable powerplant that also looks good, thanks to polished drive pulleys and a blue-finished intake manifold. The same rings true for the car’s interior as well, which is also finished in blue and features a host of aftermarket parts including a three-spoke steering wheel, auxiliary gauges, Tanaka racing harnesses, JL Audio subwoofers, and an Alpine CD stereo. 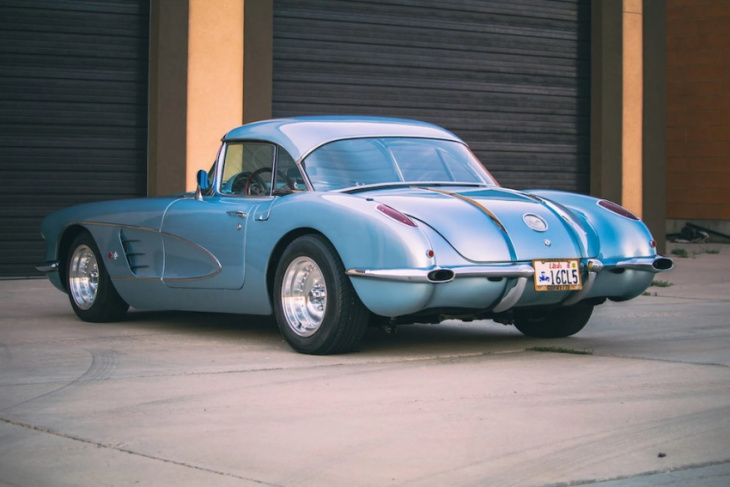 Add it all up, and you’ve got a true 1980s style build that isn’t over the top by any means, which makes it relevant even today. While most custom cars from this era look dated at this point, this C1 isn’t offensive at all, and that’s a testament to its owner’s vision and restraint during that time period. 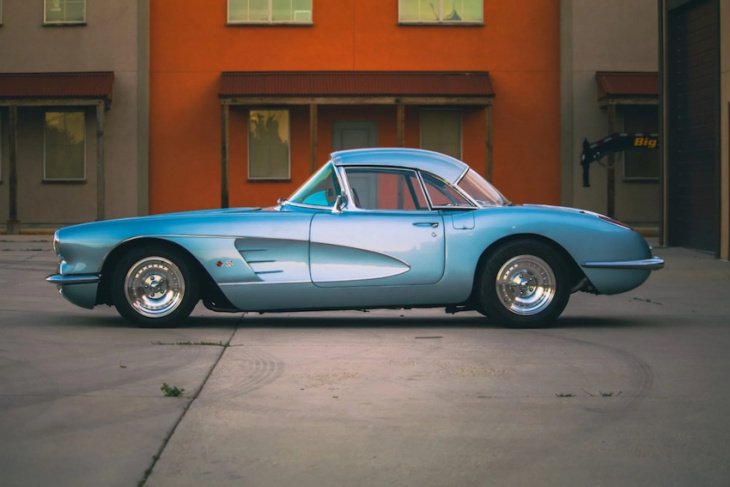 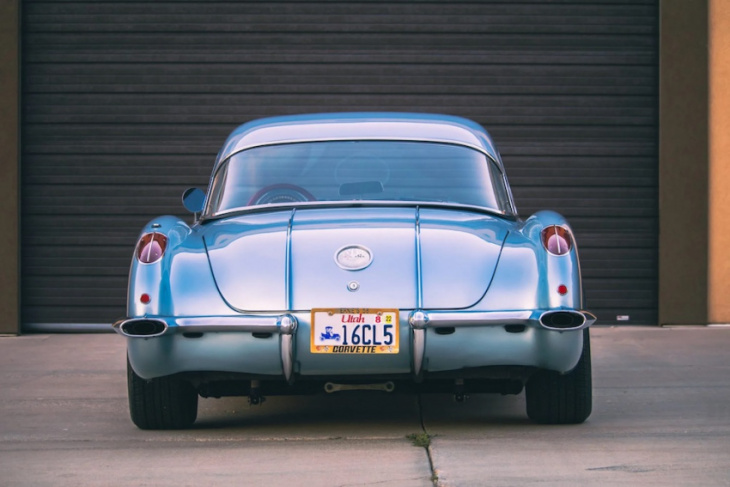 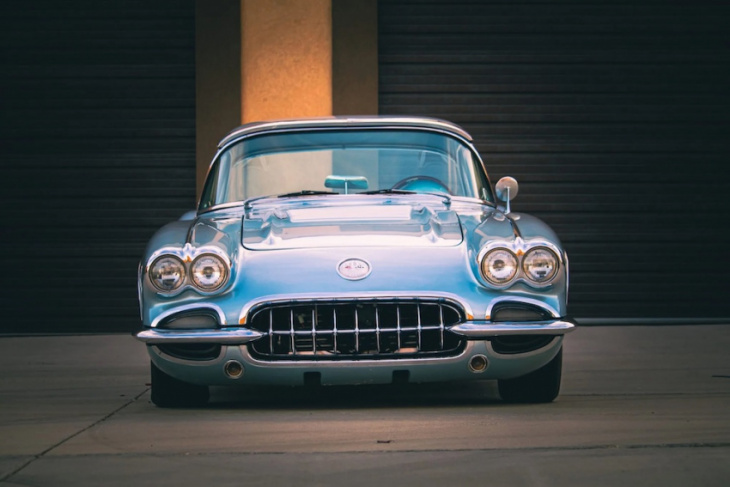 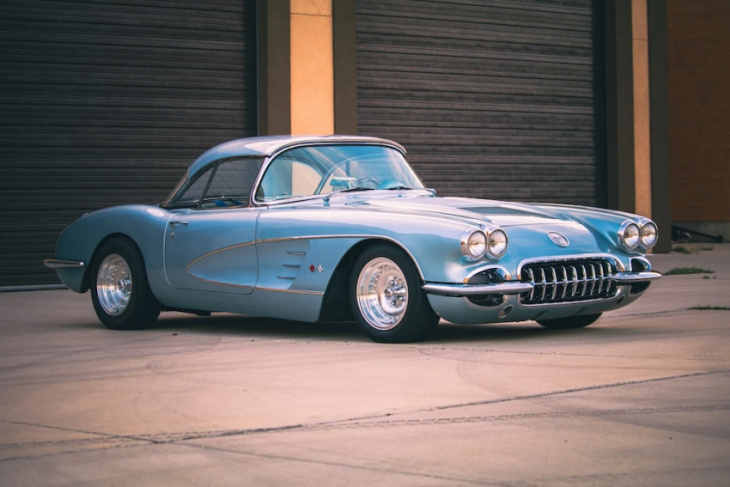 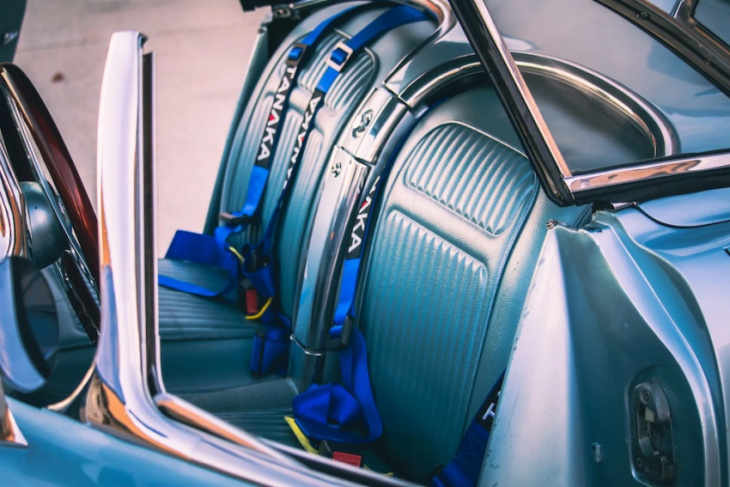 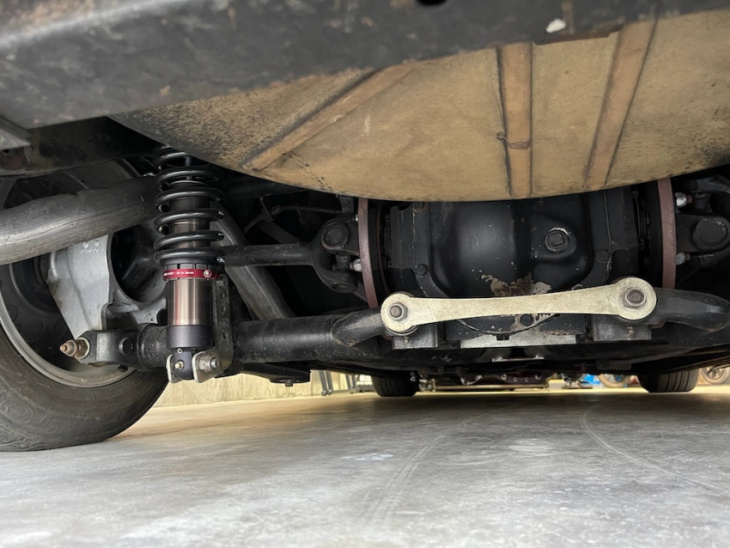 Keyword: Modified 1958 Corvette Is a True Hot Rod From the Recent Past