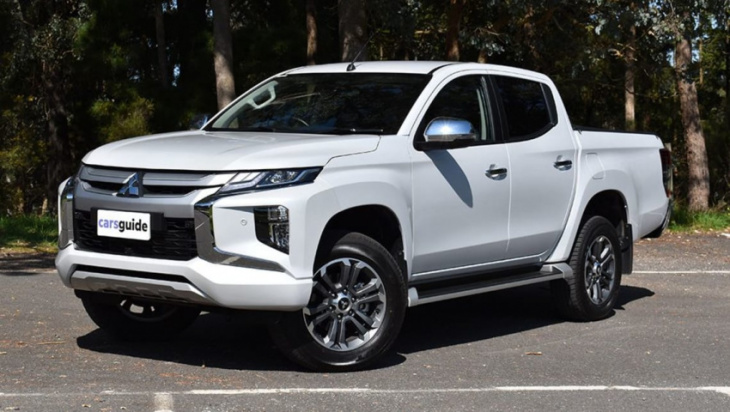 The GLS sits below the premium GSR on the Triton model ladder. (Image: Mark Oastler) 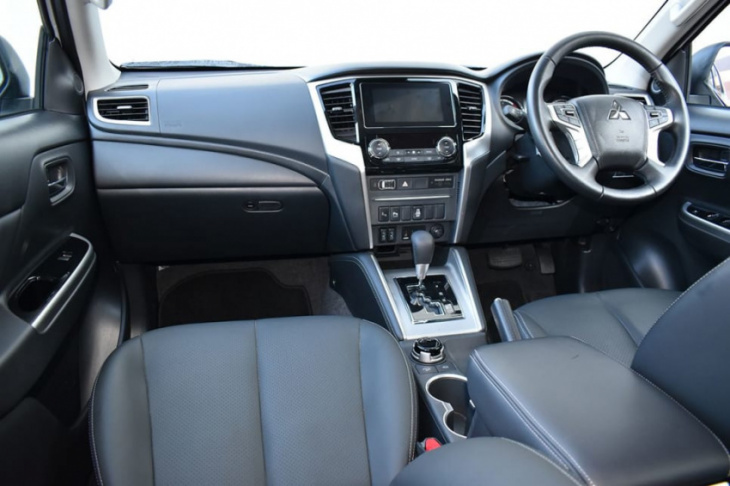 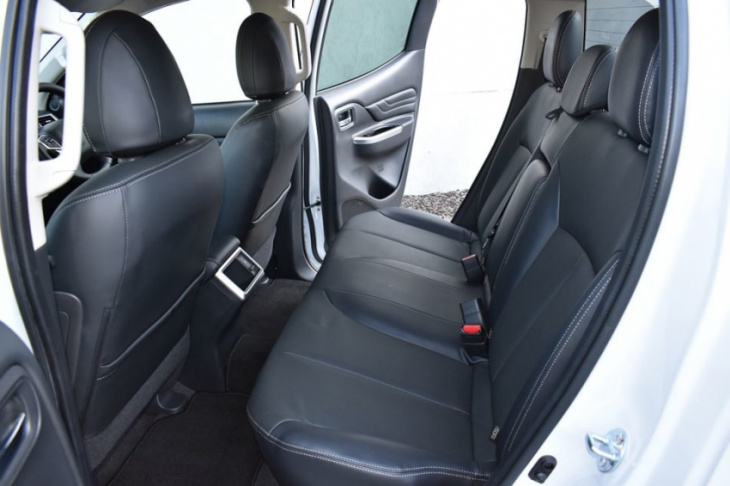 Rear seat space is okay for two adults but too tight for three on any trip longer than a short commute. (Image: Mark Oastler)

For many years the Mitsubishi Triton has maintained a solid foothold in the local 4×4 dual cab ute market as Australia’s third-highest seller behind the dominant Ford Ranger and Toyota HiLux.

And that enduring buyer affection is showing no signs of waning. The latest VFACTS industry sales figures show that up to and including October, Triton sales in 2022 have increased by more than 50 per cent, with its October sales alone more than tripling compared to last year.

We recently tested one of the latest Tritons to see why this ubiquitous Japanese ute maintains such solid popularity with Aussie buyers.

Based on new car retail price

This price is subject to change closer to release data

Price and Features – Does it represent good value for the price? What features does it come with?

Our test vehicle is the GLS grade, which sits one rung below the premium GSR on the Triton model ladder. With optional six-speed automatic transmission it has a list price of $51,590 plus ORCs, but our example is fitted with the $3000 ‘Deluxe’ option exclusive to the auto-equipped GLS. This includes leather-appointed seats, faux leather door trim, heated front seats with power adjustment for the driver and 360-degree camera.

This raises the list price to $54,590 which still represents compelling value for money amongst the major players, when you consider that top-shelf HiLux and Ranger equivalents are nudging $70K and the GLS comes packed with quality upmarket features.

Rear seat space is okay for two adults but too tight for three on any trip longer than a short commute. (Image: Mark Oastler) 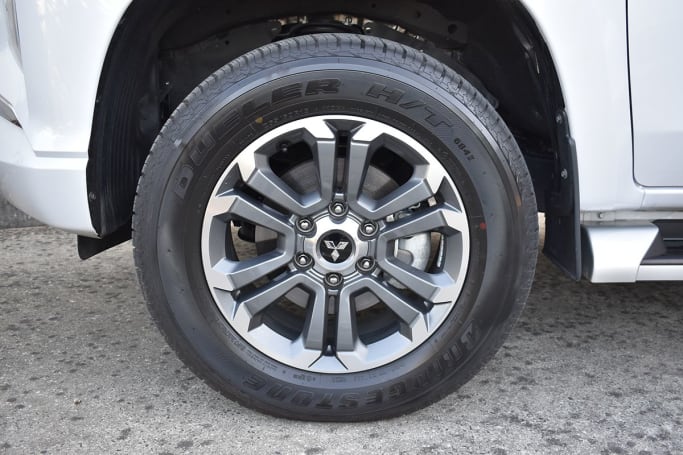 Design – is there anything interesting about its design?

We reckon the adjustable slot-type air vents in the rear roof lining are among the Triton’s best features. They are more effective at directing cooling air into the faces of rear seat passengers than the centre console-mounted vents found in rival utes and have their own fan-speed dial which allows those riding in the back to control their level of cooling.

The Triton’s relatively narrow 1815mm width, combined with its short 3000mm wheelbase and tight 11.8-metre turning circle, results in a vehicle that’s smaller than its mainstream rivals in these key dimensions. However, that brings benefits in terms of steering response and manoeuvrability. Even so, due to its pronounced rear overhang, it’s only about 65mm shorter than a Ranger.

Although the Triton’s slim width is most noticeable in the cabin, there’s still ample space in the front seats for drivers and passengers of most sizes to find comfortable positions. Powered adjustment for the driver’s seat in our Deluxe-equipped example, particularly the rake of the seat base, makes this a desirable option. By comparison, rear seat space is okay for two adults but too tight for three on any trip longer than a short commute. 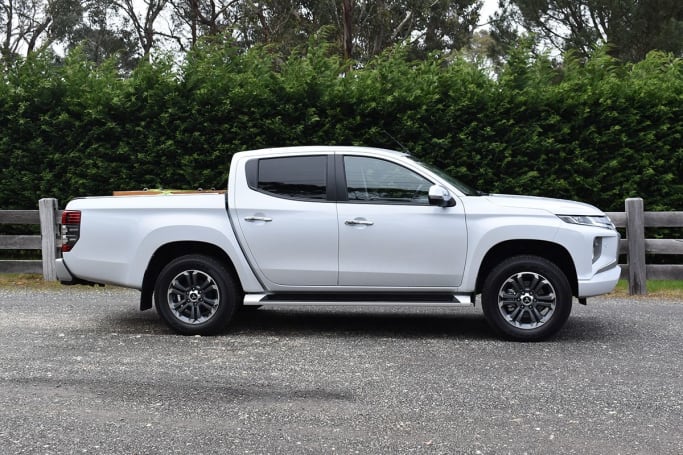 The Triton is smaller than its mainstream rivals which brings benefits in terms of steering response and manoeuvrability. (Image: Mark Oastler)

The Triton’s refined and robust intercooled 2.4 litre four-cylinder turbo-diesel has the runs on the board in terms of performance and durability. It produces 133kW at 3500rpm and a healthy 430Nm of torque at 2500rpm.

Its six-speed torque converter automatic may be short on ratios compared to rivals like the 10-speed Ranger, but they are well suited to this engine’s characteristics. There’s overdrive on fifth and sixth for economical highway cruising and sequential manual-shifting is available using either the console stick-shift or steering wheel paddle-shifters. 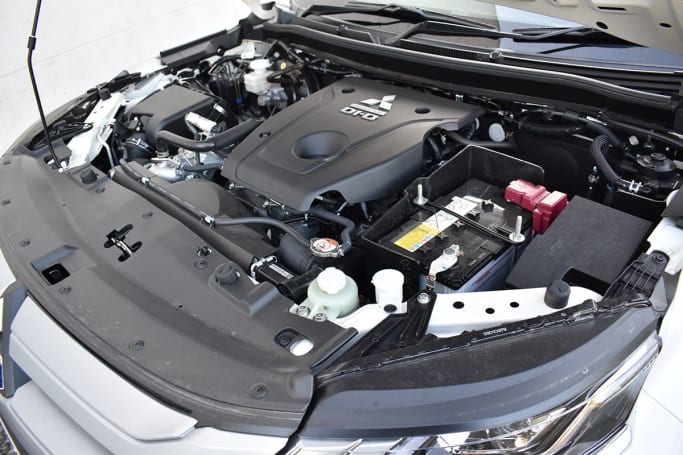 Under the bonnet is a 2.4 litre four-cylinder turbo-diesel that produces 133kW/430Nm. (Image: Mark Oastler)

Fuel consumption – How much fuel does it consume?

The dash display was claiming 9.6L/100km when we stopped to refill after 320km of testing, of which about one third of that distance was hauling its maximum payload. Our own figure, calculated from fuel bowser and tripmeter readings, was an almost identical 9.7, which shows the Triton’s onboard calculator is very accurate and its consumption is not far from the Triton’s official combined average of 8.6L/100km. That’s good economy for a near two-tonne 4×4 dual cab ute in ‘real world’ driving, resulting in a lengthy driving range of around 800km from its 75-litre tank.

Practicality – How practical is the space inside?

Front-of-cabin storage comprises a large-bottle holder and bin in the base of each front door, plus a single glovebox and overhead glasses holder. The centre console offers a small open storage area at the front, two small-bottle/cup holders in the centre and a small box at the back with a lid that doubles as a driver’s elbow rest.

For those riding in the rear seat there’s a large-bottle holder but no storage bin in each door. They also have access to a pull-down centre armrest containing two cup-holders, plus storage pouches on each front seat backrest and a cubby in the rear of the centre console for small items. 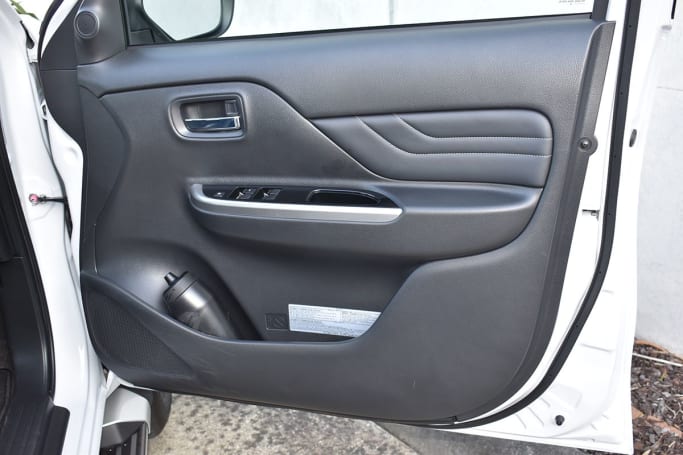 Front-of-cabin storage includes a large-bottle holder and bin in the base of each front door. (Image: Mark Oastler)

Given the Triton’s tight cabin dimensions, it’s surprising that there’s no storage space beneath the rear seat’s base cushion. And it’s also not hinged, so it can’t swing up and be stored vertically when more internal carry space is required. Many of its larger rivals offer both of these handy features.

Deducting the Triton GLS’s 1991kg kerb weight from its 2900kg GVM results in a 909kg payload rating. It’s also rated to tow up to 3100kg of braked trailer, which is 400kg short of the category’s benchmark. However, with its 5885kg GCM (or the most weight it can legally carry and tow at the same time), the maximum payload only needs to be reduced by 115kg to tow 3100kg. That’s a practical compromise given that, in reality, few (if any) owners need to tow more than 3000kg.

Internally the load tub measures 1520mm long, 1470mm wide and 475mm deep. With 1085mm between the rear wheel housings, it will easily take a 1200 x 800mm Euro pallet but not a standard 1165mm-square Aussie pallet. There are six load anchorage points. 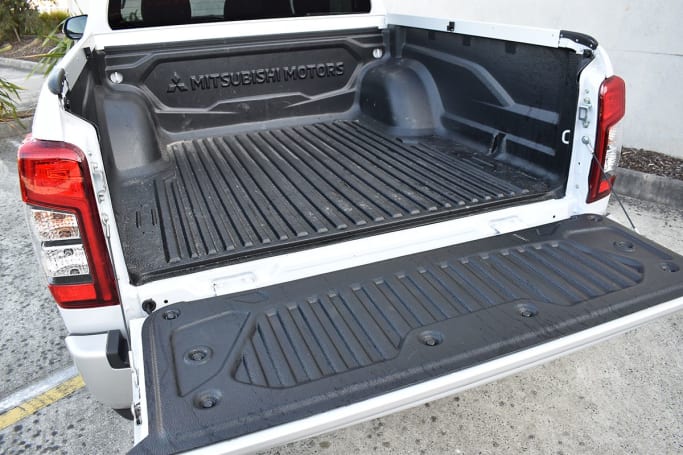 The Triton GLS has a payload rating of 909kg. (Image: Mark Oastler)

It’s easy to live with during city and suburban driving, with energetic performance thanks to ample torque and a relatively light kerb weight. The responsive and nicely weighted variable-ratio steering is light at parking speeds and increasingly firm and direct as speeds increase.

The compact width and wheelbase combination make it easy to manoeuvre in traffic or on narrow bush tracks, while the front discs/rear drums provide strong and consistent braking whether unladen or heavily loaded.

Highway driving is relaxed and economical, thanks to low engine, tyre and wind noise combined with overdrive on the two top gears, which allows the 2.4-litre turbo-diesel to require only 1650rpm to maintain 100km/h and 1800rpm at 110km/h.  As a daily driver, it’s an excellent all-rounder, particularly with the powered driver’s seat adjustment in the Deluxe option. 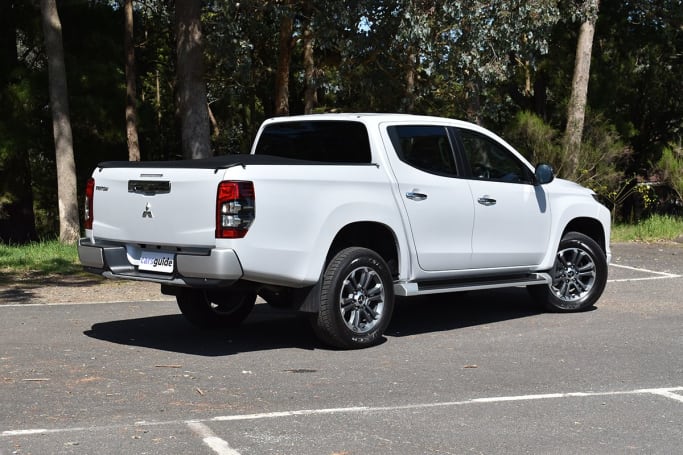 The compact width and wheelbase combination make it easy to manoeuvre in traffic or on narrow bush tracks. (Image: Mark Oastler)

We secured 740kg in the load tub, which combined with our crew of two equalled a 900kg payload that was just a snip under the 909kg limit. Although the rear leaf springs compressed 65mm under this load, they still had about 50mm of static bump-stop clearance remaining, which was ample in avoiding any bottoming-out over bumps and dips during our test.

The Triton’s handling felt stable and predictable despite about half of the load tub’s weight being carried behind the rear axle line, which shows good engineering on Mitsubishi’s part. There was also no noticeable decline in steering or braking response.

Although relatively small in displacement, the big-hearted 2.4-litre turbo-diesel excelled on our 13 per cent gradient, 2.0km set climb. The six-speed auto self-shifted down to third gear and maximum torque at 2500rpm to easily haul this load to the top.

Engine braking on the way down, in a manually-selected second gear, was outstanding for an engine of this size, given the heavy load it had to restrain. Only one press of the brakes was required on the steepest section to keep the engine a safe distance from its 4000rpm redline on overrun and not exceed the 60km/h posted speed limit. Overall, it’s a willing and competent workhorse. 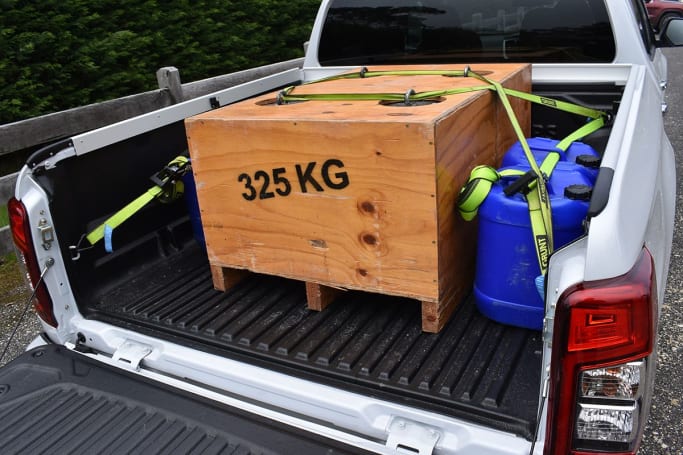 The Triton’s handling felt stable and predictable despite about half of the load tub’s weight being carried behind the rear axle line. (Image: Mark Oastler)

Ownership – What does it cost to own? What warranty is offered?

The i-Miev in happier days. Image: Peter Petries As an EV enthusiast, every now and then I would jump onto classified listings websites to have a look at the variety of electric vehicles on offer around the country. This week I came across a much-forgotten EV by Mitsubishi that ...