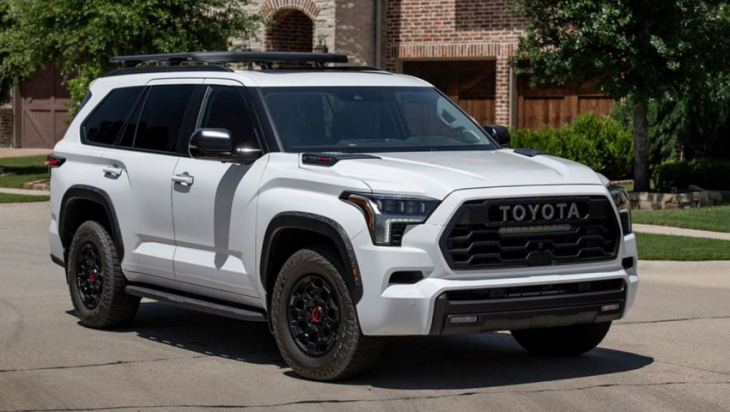 Sharing the same platform as the Tundra, the Sequoia could join Toyota Australia’s model line up.

Australians are spoiled for choice in the new car market with literally hundreds of models to choose from. But we could always do with more…

We’ve scoured the world to look for some promising models that could be added to the biggest brands Down Under, and these models aren’t just quirky niches that brands would only sell a handful of to the most diehard fans either.

Everything from the return of a funky SUV alternative to some of the largest SUVs imaginable, there’s a lot of variety out in the world – and we want some of it in Australia. 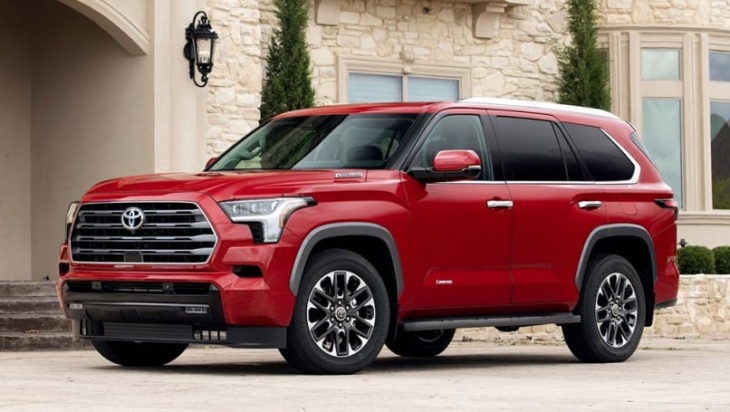 The Sequoia is even larger than the LC300.

Does Toyota really need another SUV? Of course, it does. In this current market it seems like you can’t have enough SUVs, especially if they have a Toyota badge on them.

As hard as it sounds, the Sequoia would be even bigger than the LandCruiser 300 Series, giving the brand an option for those looking for even more space and comfort. The Sequoia measures 5.2m long and boasts a 3.1m wheelbase, compared to the LandCruiser which is 4.9m long and has a 2.8m wheelbase.

Bringing the Sequoia to Australia isn’t a flight of fancy either. It’s built on the same TNGA-F underpinnings as the Tundra pick-up, which is currently being tested and developed for right-hand-drive conversion and sale in Australia. Once that work is done, it would make giving the LandCruiser a big brother a relatively straightforward task. 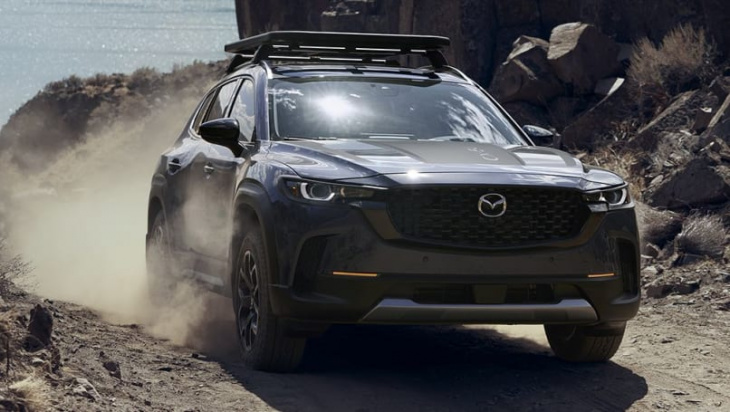 This is the most likely model on this list to make it to a local showroom one day, with Mazda Australia on the record saying it’s still interested in adding it to its range – if it gets built in right-hand drive.

It’s a more ‘rugged’ SUV option for the line-up, being longer, wider and chunkier in its styling compared to the more mainstream CX-5 and the luxury-orientated CX-60. This would give the brand a new option to try and attract customers that otherwise wouldn’t consider a Mazda – despite its extensive range. 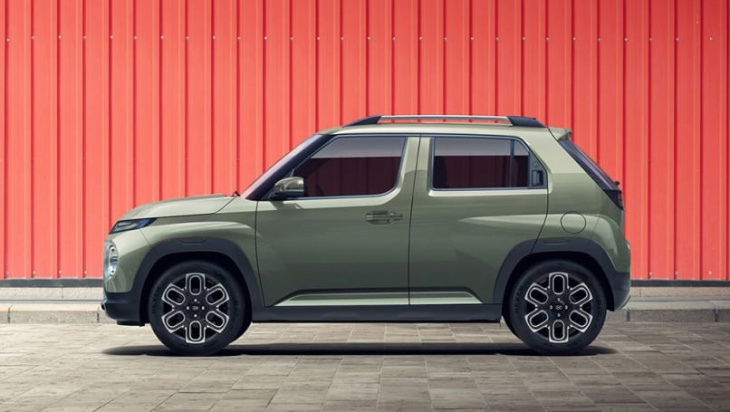 The Casper is smaller than the Venue.

The South Korean brand has spent the last few years re-positioning itself with a more premium, design-focused image. But most people still remember Hyundai as the brand they bought their first new car from because they offered affordable models like the Excel and Getz.

Which is the role the Casper could play for the brand once again. This micro SUV slots beneath the Venue in the brand’s line-up – both in terms of size and price. It would open the possibility of Hyundai offering a car for less than $20,000 again, something it hasn’t done for several years now; with the Venue the cheapest at $21,740 (plus on-road costs).

But as the Suzuki Ignis (from $19,490) and MG3 (from $18,990) have shown, there are still buyers out there looking for a truly affordable first new car, and the Casper could help take Hyundai back into that market once again. 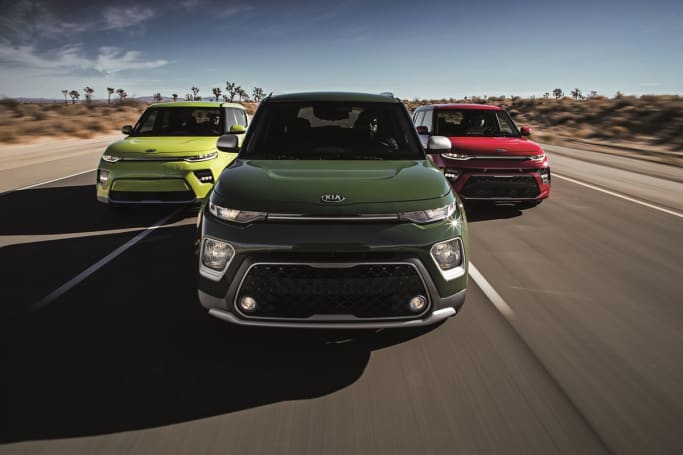 Why bring back the Soul when Kia Australia already tried and failed with this part-hatch, part-SUV option? Well, because not only is the Soul of 2022 different, but the Kia of today is very different from the one that dropped the model back in 2019.

The Soul was dropped as a new model arrived, and at the time there was talk of introducing this third-generation Soul with only the electric variant as a hero model. There’s still merit to that plan, or simply introducing the Soul as both a petrol and EV option, to expand its already growing range of EVs.

Since the Soul departed, Kia Australia has introduced the Seltos, Stonic and Niro SUVs (as well as the new-generation Sportage) to fill out its small SUV range. But as Toyota and Mazda are demonstrating, you can seemingly never have enough SUVs so the Soul could add some more excitement to the Kia range. 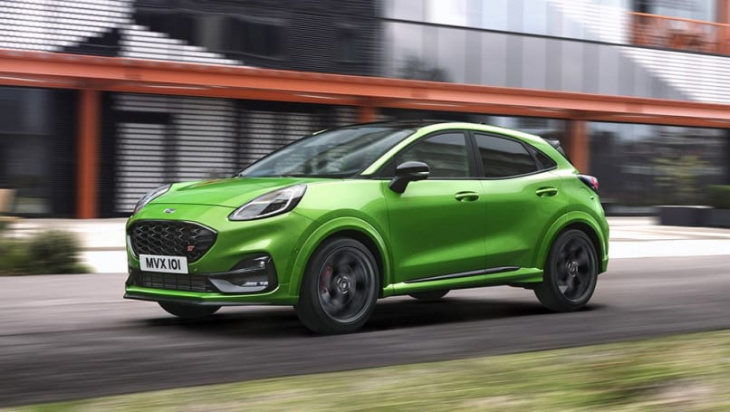 Ford currently has no plans to sell the Puma ST locally.

The Blue Oval has seemingly been on a mission to get rid of its exciting small cars in recent years – first went the Focus RS, then we lost the majority of the Fiesta and Focus line-ups and then finally the sad demise of the Fiesta ST and Focus ST.

Which leaves a gap in the range for a new small performance car that can take the place of these hot hatches. Thankfully for Ford Australia there’s already a suitable option available in Europe in the form of the Puma ST.

Sadly, the local operation has no plans to sell it here, but as the Volkswagen T-Roc R and Hyundai Kona N are demonstrating, there is a growing market for small performance SUVs to replace the shrinking hot hatch options. 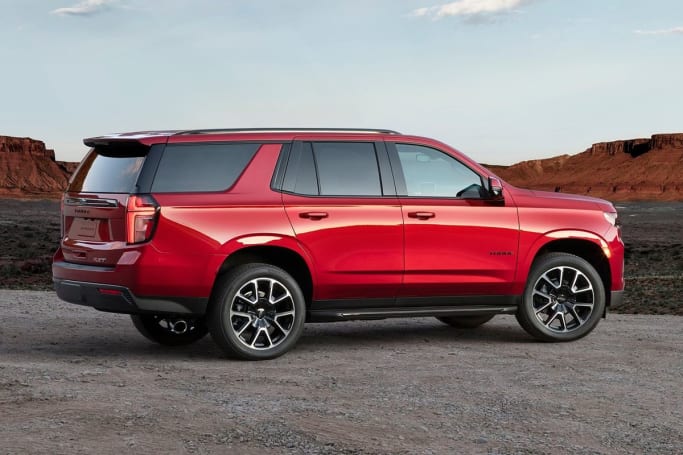 The Tahoe could be converted to RHD locally by GMSV.

Like the Toyota Sequoia, the Tahoe (and the even longer Suburban) is a huge SUV built for the American audience and underpinned by a pickup truck. In this case, the Tahoe is built on the same platform as the Chevrolet Silverado 1500 that General Motors Specialty Vehicles (GMSV) has based its Australian business on.

The Silverado is proving popular and the US-built Corvette C8 adds some performance appeal so the Tahoe (and/or the Suburban) would make the next logical step for any GMSV expansion in Australia. It would add a new element to the local line-up and makes much more sense than the Camaro (which is on borrowed time) or any Cadillac model.

Keyword: Missing in action: The must-have models from Australia's biggest brands including the Toyota Sequoia, Mazda CX-50 and Chevrolet Tahoe


View more: The Best Midsize Trucks for the Money That Will Run Past 200,000 Miles

The dash does not feel like it belongs to a 37 lakh car, but one thing is it’s built to last for sure. BHPian jerin.v recently shared this with other enthusiasts. Since all Toyotas in Bangalore decided to keep the unveiling at 11:00 AM on the 27th and I’m ...


View more: Which Toyota Has the Lowest Insurance Cost With a Poor Credit