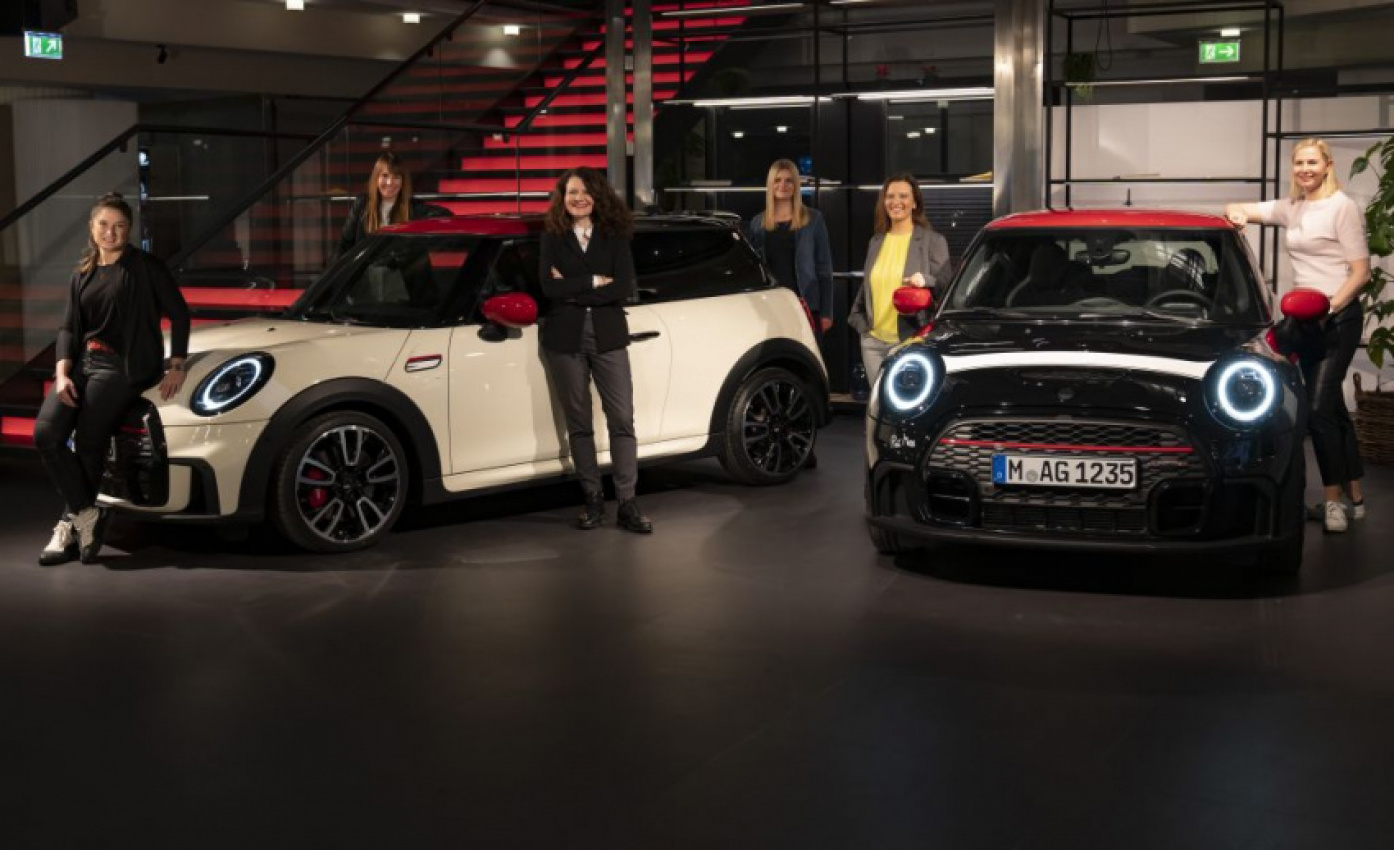 MUNICH: Today is International Women’s Day. And MINI decided to unveil the Pat Moss Edition for the MINI 3-door and the MINI 5-door, which pays tribute to the female British racing driver 60 years later.

The two models would have their market launch in May.

In May 1962, the classic Mini was added to the list of winners of an international rally event for the first time. In the international Tulip Rally – from the Dutch municipality of Noordwijk to the French Riviera and back again – Patricia Ann Moss achieved the best time over the distance in the classic Mini Cooper.

If the name sounds familiar, it is. Moss is the younger sister of Formula 1 driver Stirling Moss. 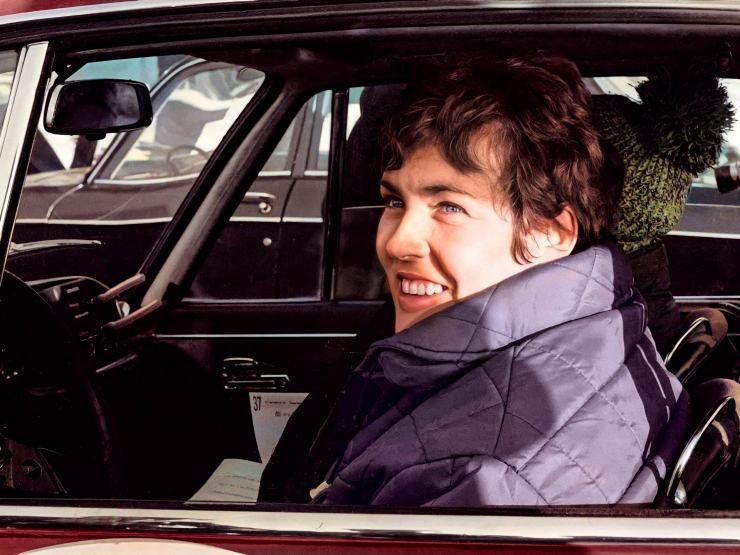 The woman rally driver whom MINI named its special editions after.

The Pat Moss Edition of the MINI 3-door and MINI 5-door, limited to just over 800 vehicles, not only commemorates the launch of the classic Mini’s extraordinary sporting career, it also marks a pioneering achievement for female power in motorsports. Success in the Netherlands turned the classic Mini, Pat Moss and her co-driver Ann Wisdom into enduring heroines in a discipline otherwise dominated by significantly larger vehicles and entirely the preserve of men.

The exclusive design of the edition models cites the racing history of the British premium brand as well as the sporting careers of Pat Moss and Ann Wisdom.

It also incorporates MINI product innovations such as the Multitone Roof. 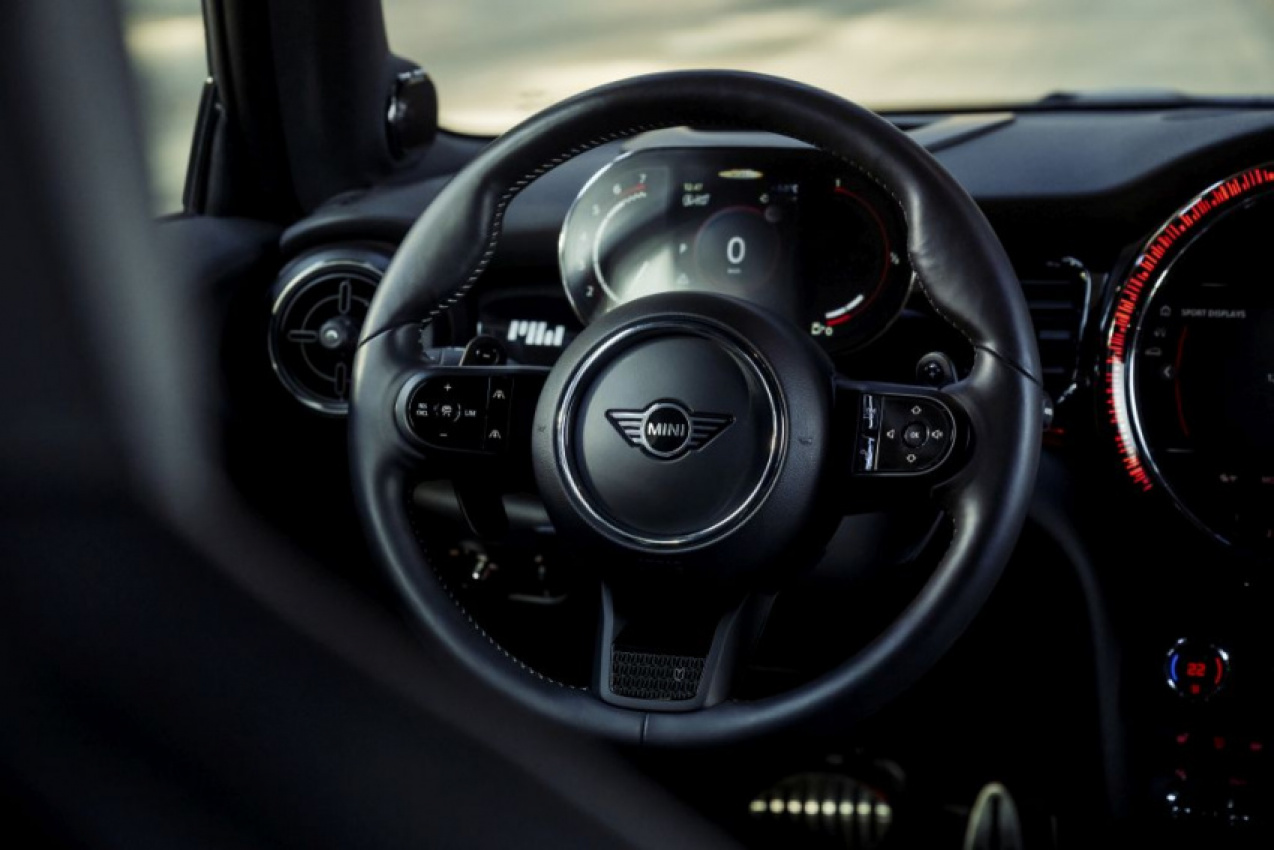 An additional variant of the Multitone Roof is available for the first time in the Pat Moss Edition. The colour gradient of the vehicle roof extends from Chilli Red to Melting Silver and Jet Black.

With the innovative paint finishing process fully integrated in production at the MINI plant in Oxford, this will be the first time a second colour variant has been introduced.

It is available for customers to order now.

On the new edition models, the roof paintwork is combined with the body finishes Pepper White or Midnight Black metallic and also red exterior mirror caps.

A stylised tulip symbolises the first rally victory: it appears on the C pillars and side scuttles of the edition vehicles along with the inscription “Pat Moss”. The wheel hub covers also feature an exclusive design with a graphic which is based on the outline of the typical Dutch flower and the MINI wordmark.

The key facts of the 1962 Tulip Rally appear below the side scuttles on the front side panels: the route Noordwijk – Monte Carlo – Noordwijk, the distance of 2 500km, the vehicle, namely a Mini Cooper, and its starting number 104. 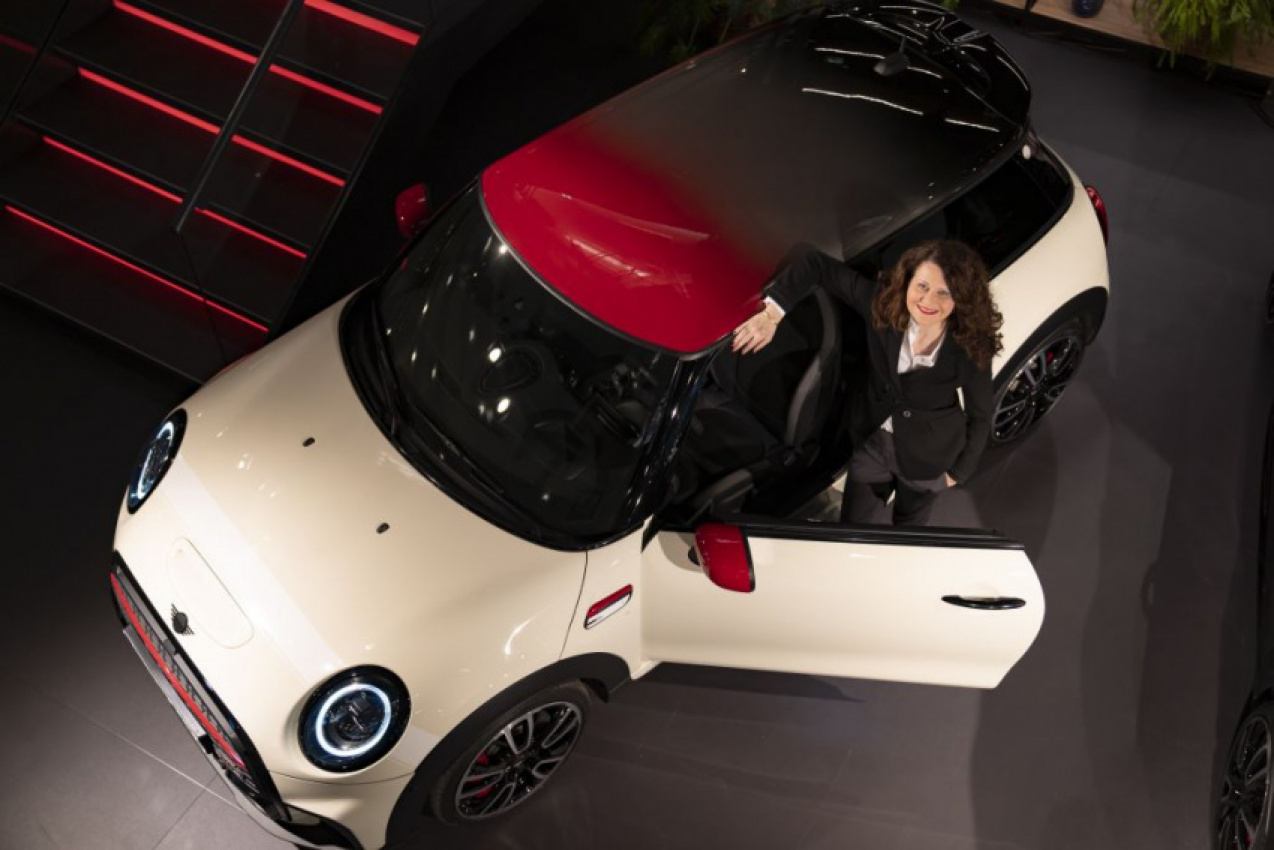 These are supplemented with the slogan that still applies to MINI to this day: “born to compete”. The tulip motif, the name inscription and the key facts about the first ever rally win are also to be found on the screen-printed aluminium door sill trims designed exclusively for the edition model.

Another design element used for the first time in the Pat Moss Edition is the horizontally aligned bonnet stripe in white.

The printed combination of three-dimensional numbers and letters – 737 ABL – is the registration number of the classic Mini that won the 1962 Tulip Rally, likewise recalling the historical model. Meanwhile the original signature that Pat Moss wrote on the bonnet of her car after one of her victories adorns the front apron of the edition model as a graphic imprint.

In the interior of the edition vehicles, the iconic signature on the Piano Black interior surface in the passenger area is another tribute to the woman rally driver, who passed away in 2008, aged 74.

The sports leather steering wheel bears the edition emblem in the form of a tulip graphic, which appears on the clip of the lower spoke. 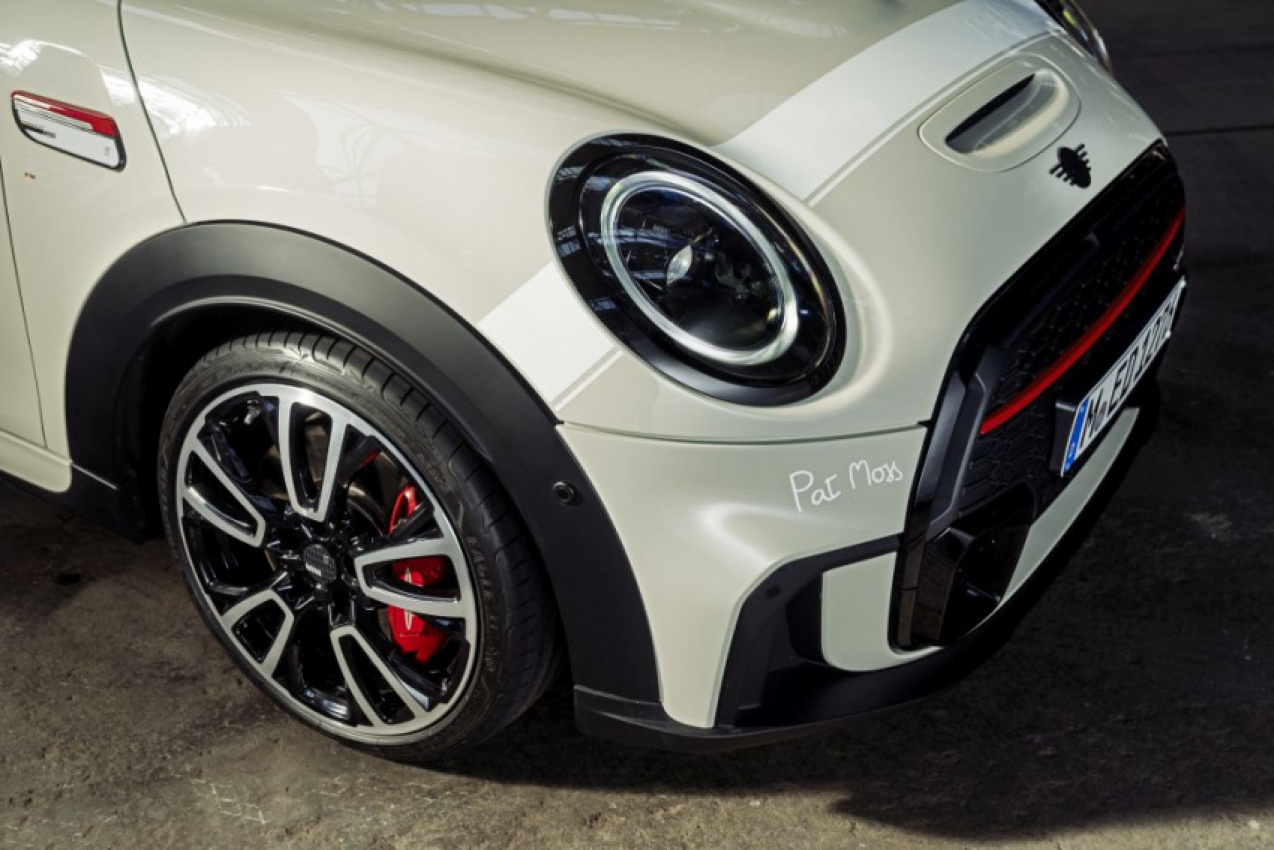 The abstract depiction of engine pistons moving up and down serves as the motif for a graphic on the interior surface on the driver’s side. With bars of different heights forming the shape of the letters “M” and “W” – standing for “Moss” and “Wisdom” – they symbolised that coordinated duo that caused a sensation in the rally scene decades ago.

Wisdom insisted on taking part in the Tulip Rally despite being pregnant at the time: she went on to provide her team mate with navigation guidance over the 2,500km route.

Mossie and Wizz – as they were known in the paddock – formed a successful duo for seven years.

Wisdom is considered the first professional woman co-driver in the history of rallying. 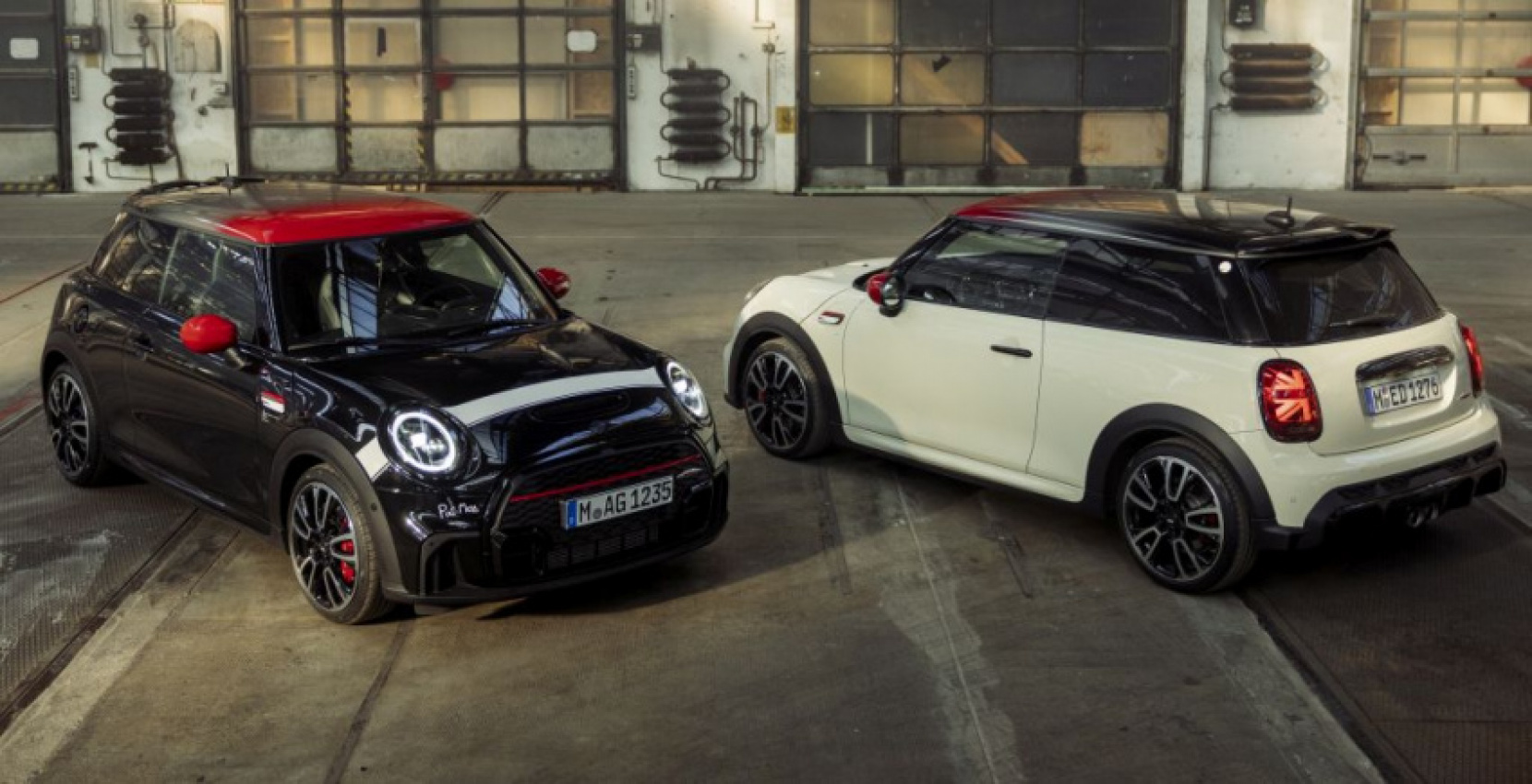 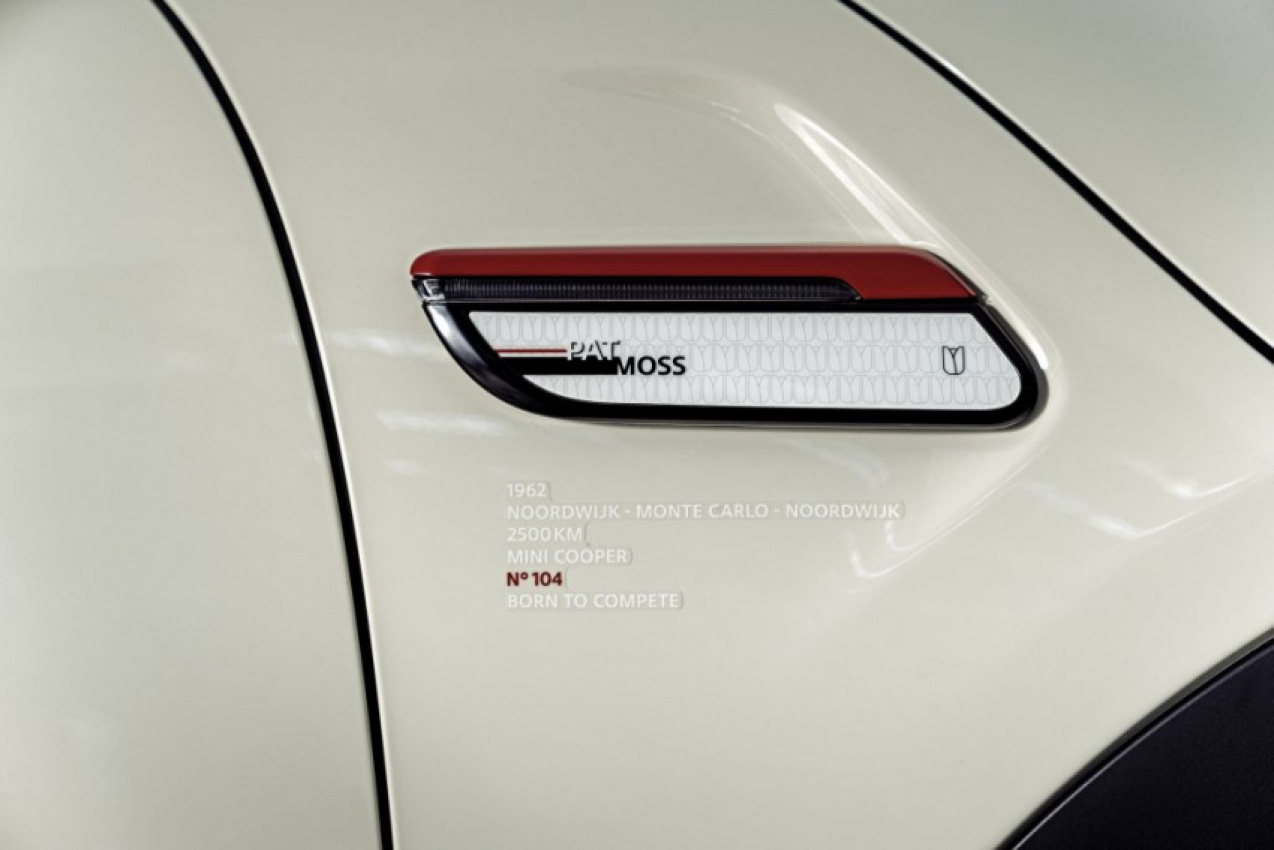 The two viewed their courageous foray into a male-dominated domain with typical British understatement. “We didn’t see ourselves as pioneers back then,” said Wisdom years later. “We were just entering a rally.”

Moss and Wisdom paved the way for an extraordinary career for the classic Mini. In 1964, 1965 and 1967, the British small car secured outright victory in the Monte Carlo Rally.

Decades later, MINI became the dominant brand in the world’s toughest endurance rally, achieving overall victory in the Dakar Rally four times in a row from 2012 to 2015. Two more overall victories followed in 2020 and 2021. 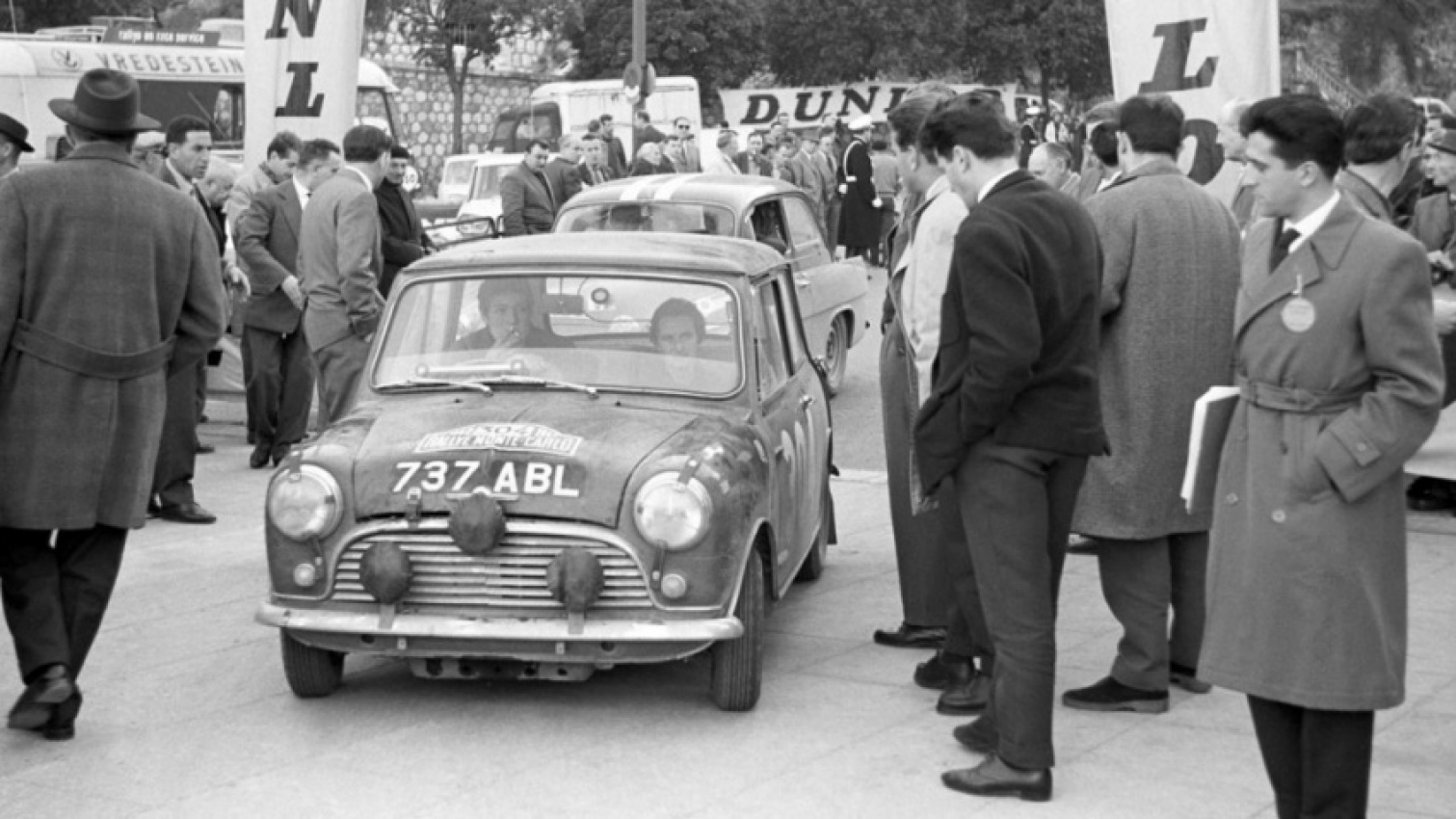 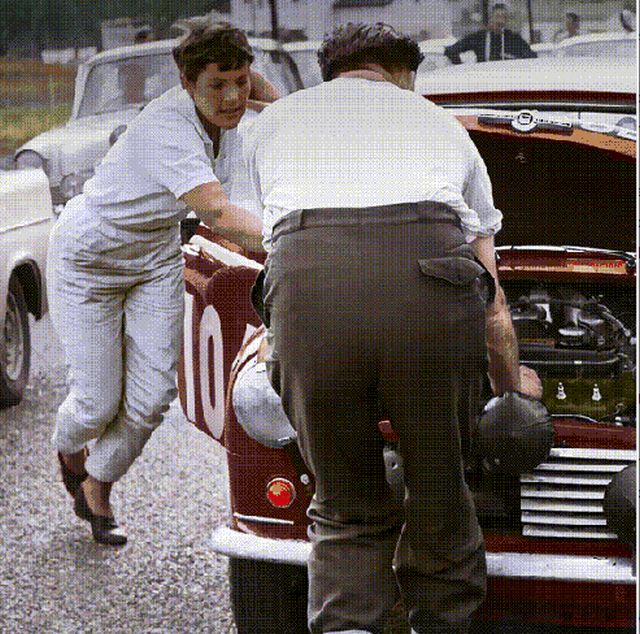 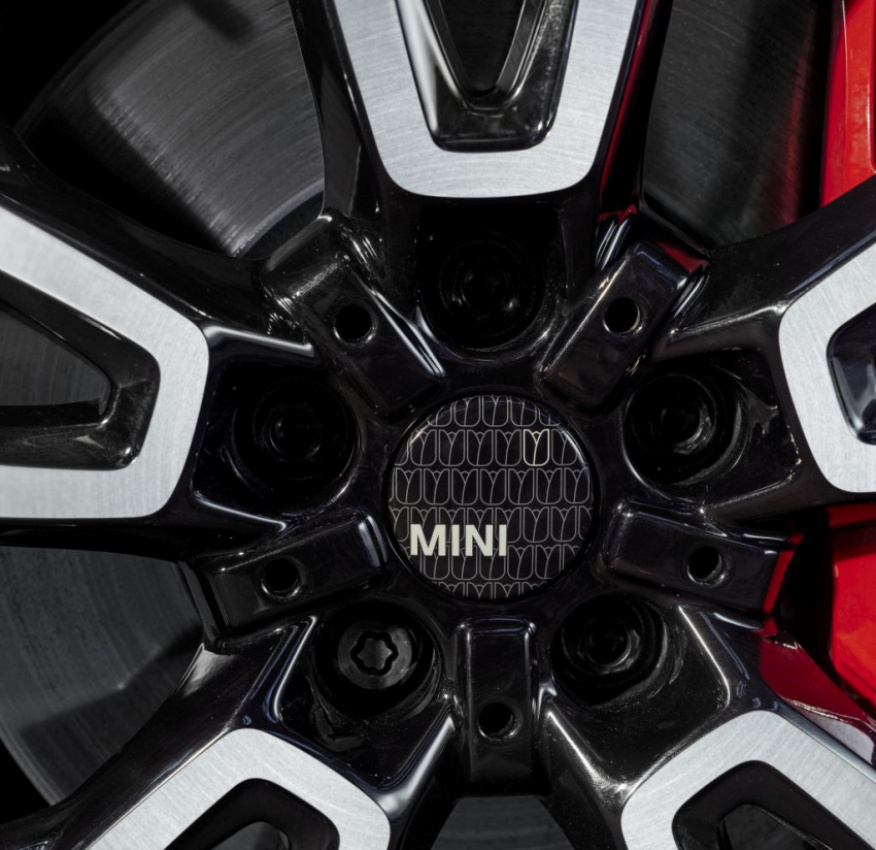 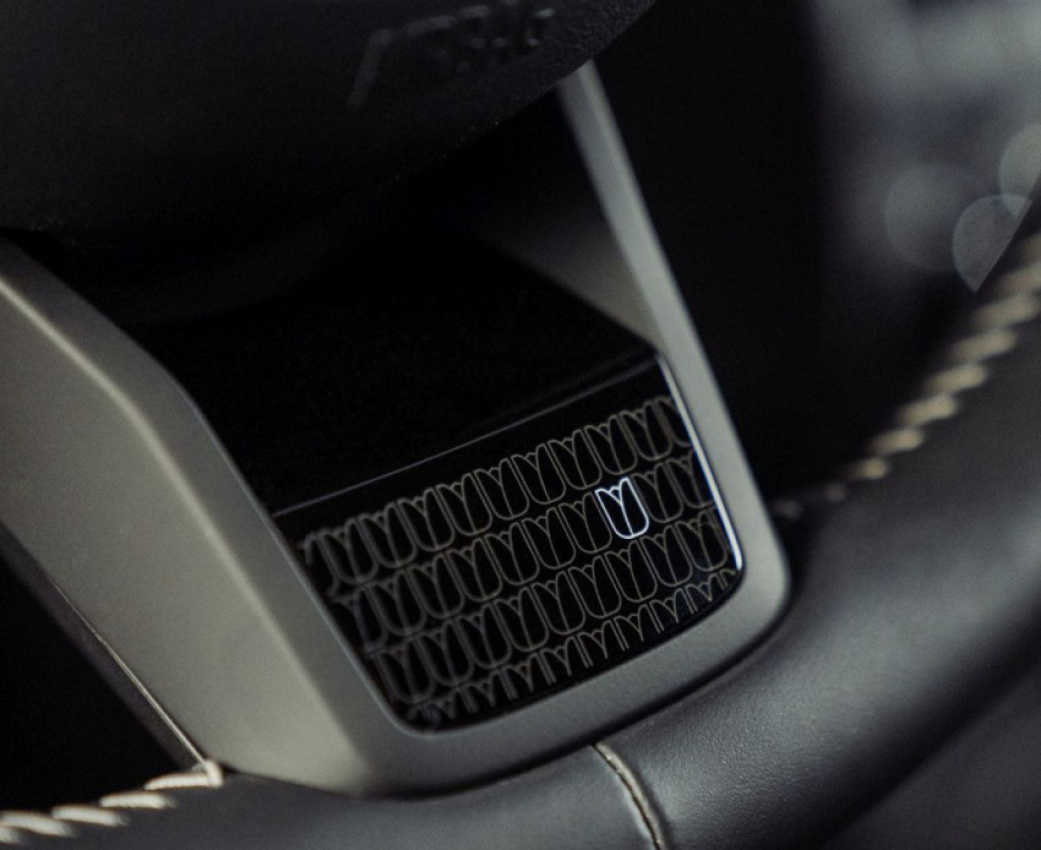 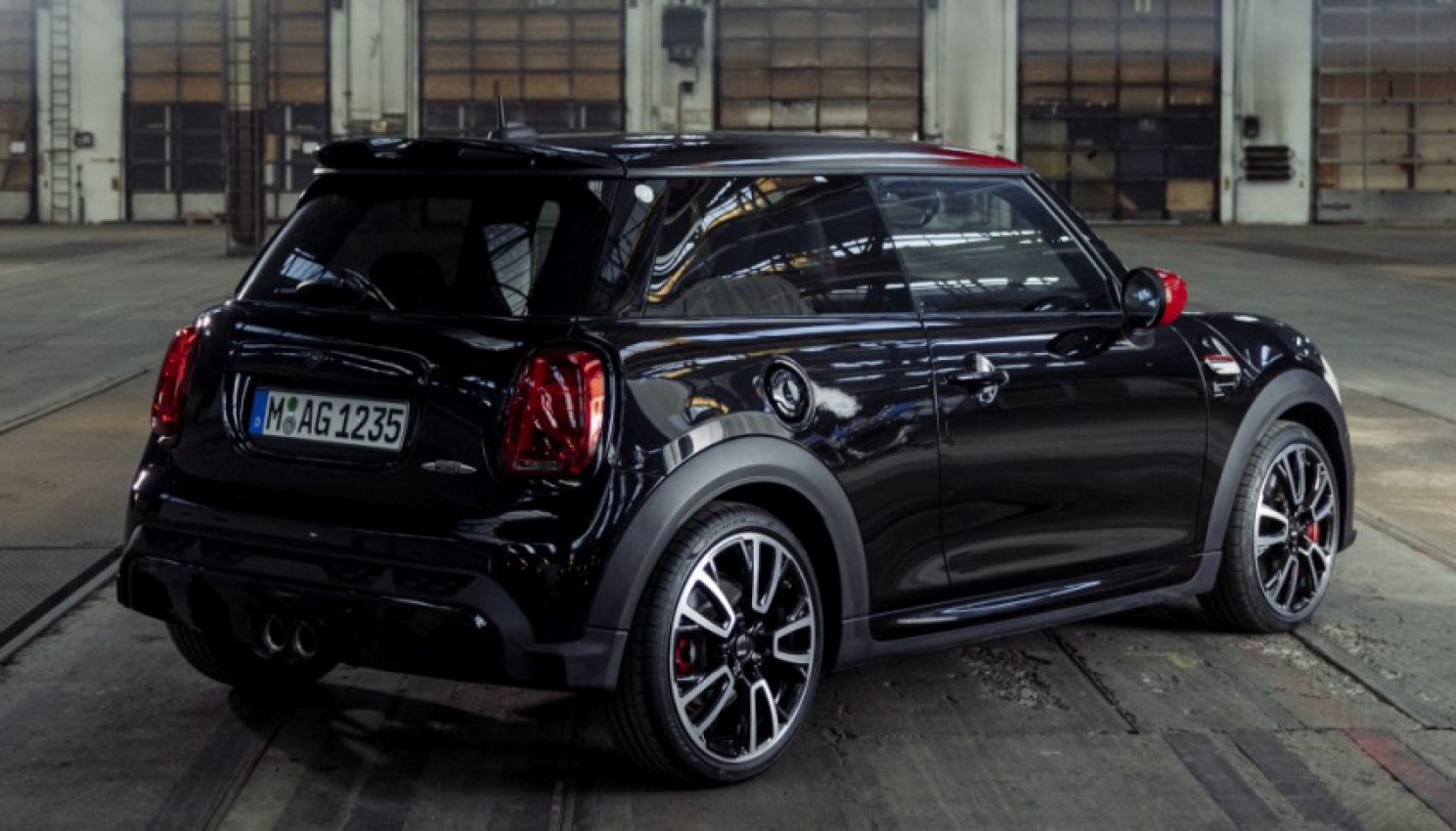 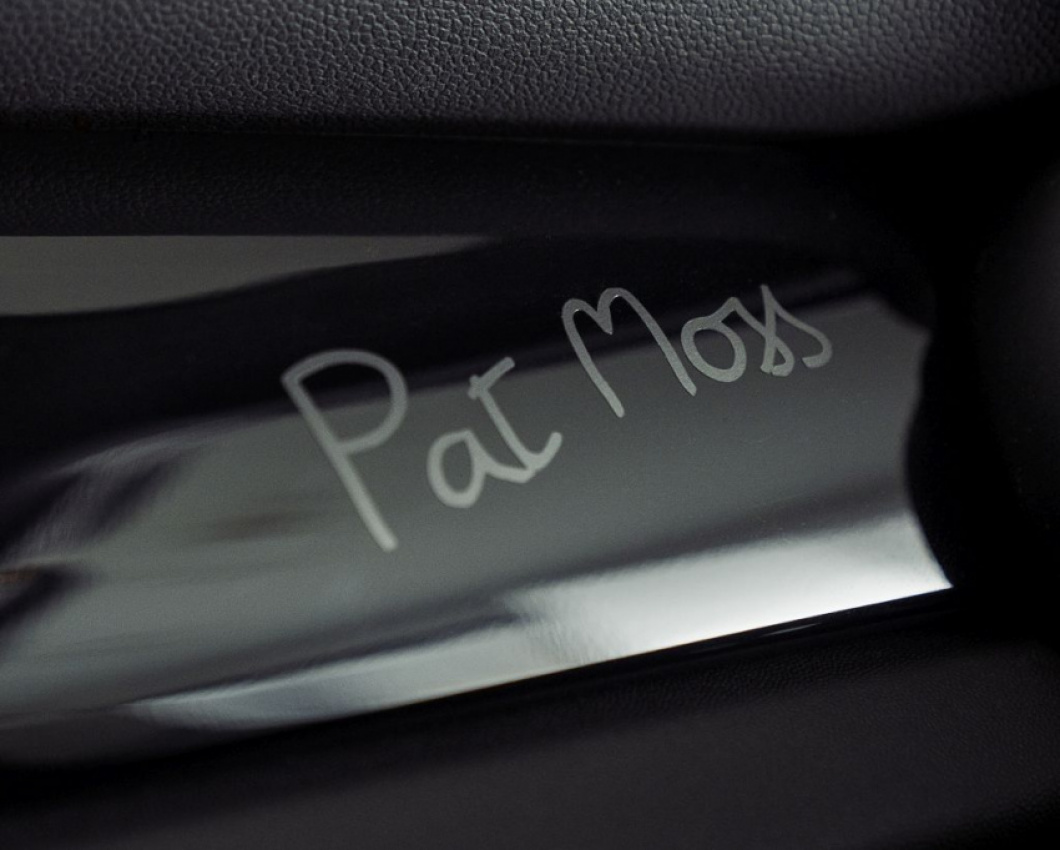 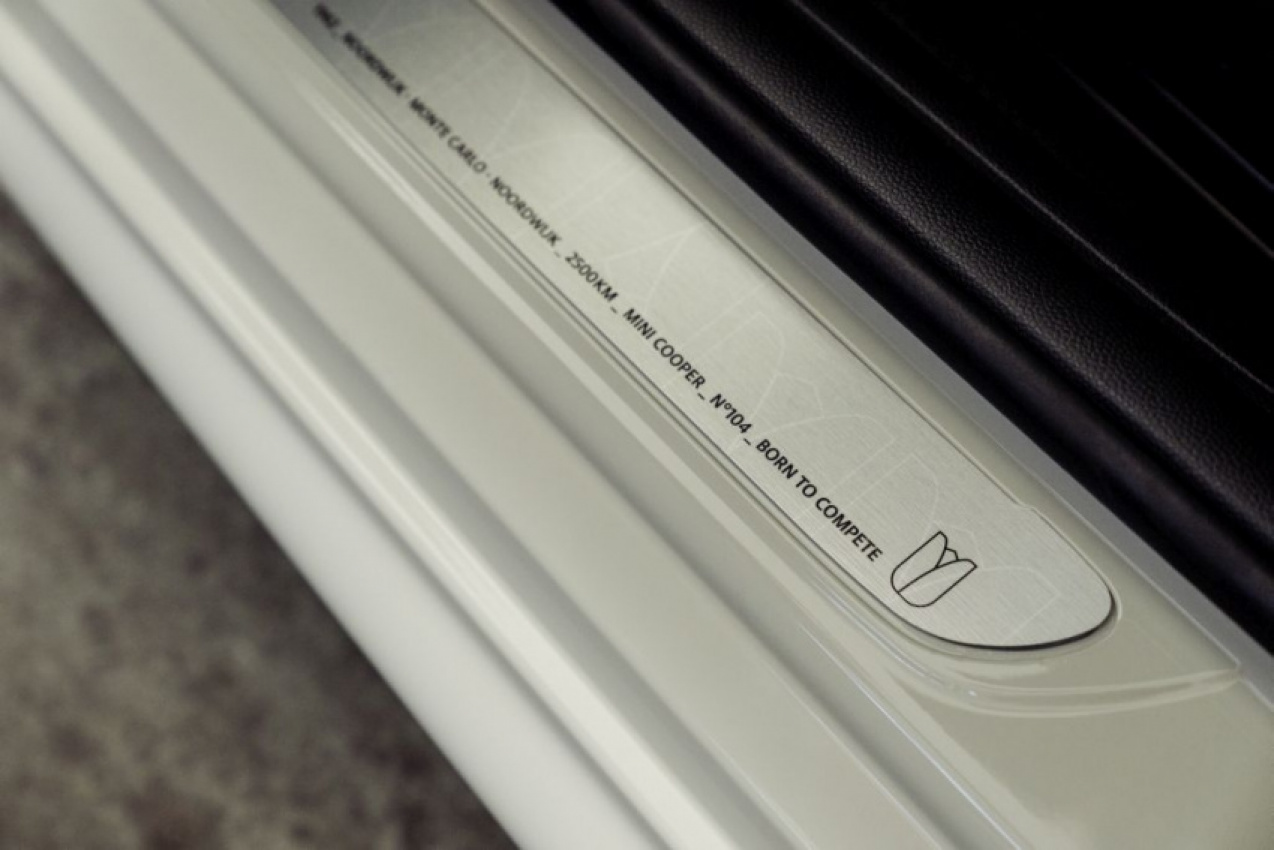 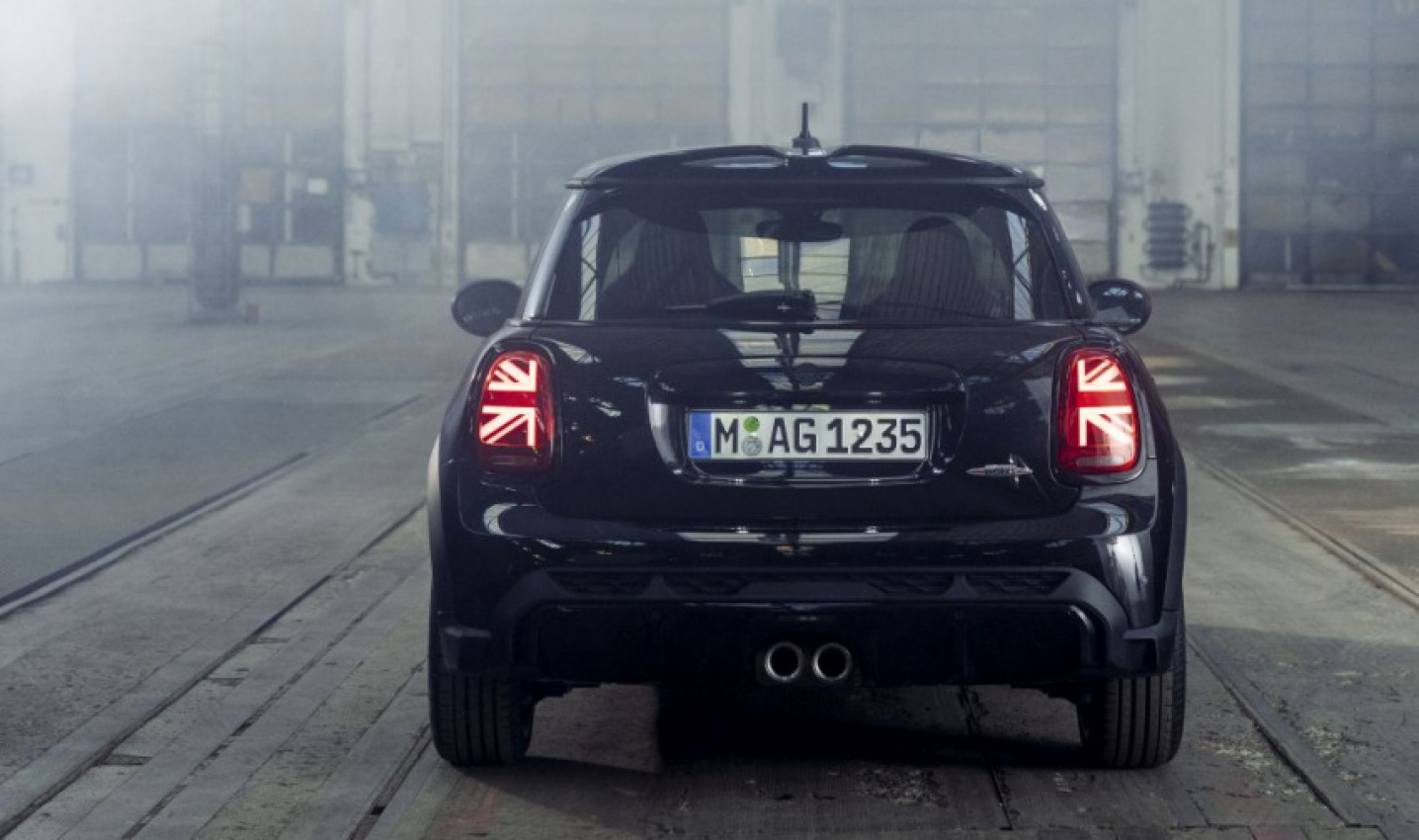 
View more: Choose a Chevrolet Bolt EV Instead of a Mini Electric for 3 Reasons

The low, wide stance. The suspicious proportions. The short bed. We get it. It looks like a minitruck, but don’t be fooled. This 900-horsepower Brabus Gelandewagen may look the part in pictures, but nothing about this “supercar” (their word, not ours) is miniature. Say hello to the P 900 ...

MINI USA is launching a special edition 2023 MINI Cooper S Hardtop 4 Door celebrating 20 years of the brand’s involvement in the United States. The 20th Anniversary model is expected to arrive at dealers later this month, retailing for $37,165 after destination. As expected, this unique trim is ...

Horner admits regret over not signing Piastri to Red Bull Ricciardo has accepted he may not race F1 in 2023 Gabriele Mini – Hitech Grand Prix. Credit: Formula Motorsport Limited Gabriele Mini left his mark on the opening day of post-season Formula 3 testing after setting the fastest lap ...

Mini USA is celebrating 20 years stateside with a special 20 Years Edition of the four-door hardtop 2023 Mini Cooper S. Unlike many Minis with Union Jack themes, this one features a loose interpretation of the Stars and Stripes and will be available in either red, white, or blue ...

It costs $37,165, including the destination charge.

Mini has been around for several decades, but its return to the U.S. was much more recent. The automaker is celebrating its 20th anniversary here, and to commemorate the occasion, it’s releasing the Mini 20 Years Edition based on the four-door 2023 Mini Cooper S Hardtop. Mini will offer ...


View more: Mini celebrates 20 years in the U.S. with a special edition

As there is no bonnet, whenever another vehicle, a pedestrian or a biker comes close, they will be right in front of us. BHPian chaitanyakrish recently shared this with other enthusiasts. Hello BHPians, I had to get some cupboards transported from a carpenter shop to my home yesterday. To ...

BHP mining truck fleet in Chile to be electric by 2023