If you remember seeing brochures or pictures of the Ferrari F50 before it launched in 1995, there’s a good chance you were looking at this car. As a successor to the F40, the F50 was Ferrari’s attempt at making a Formula 1 car with a passenger seat. In fact, it was touted as such by Ferrari’s president at the time who said it would be “the first and last Formula 1 car with two seats.” At the upcoming Gooding and Company Pebble Beach Auctions, bidders will have a rare opportunity to bid on this 1990s supercar. 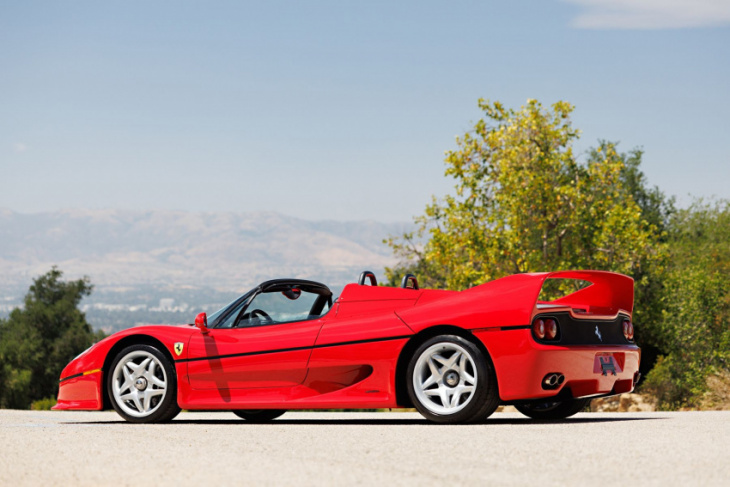 From 1995 through 1997, Ferrari built just 349 examples (total) of its F50 supercar, and of those, only 55 were sold in the U.S. This is Ferrari Classiche Certified, and comes with its original window sticker and accessories, and was recently serviced by an authorized Ferrari dealer. 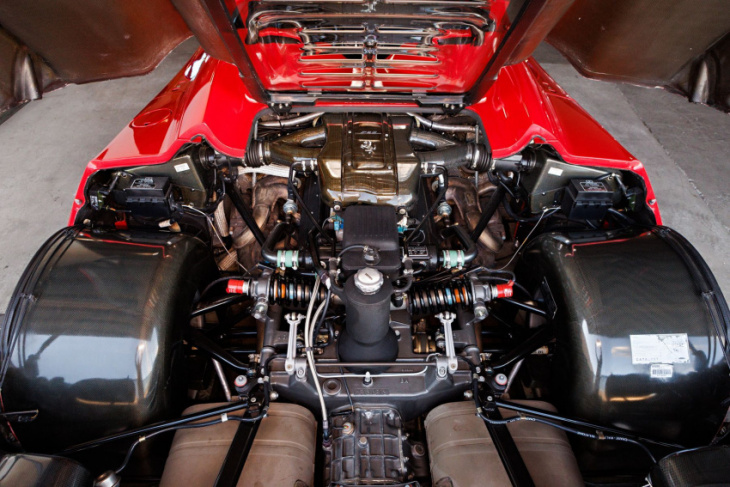 On top of this extremely limited production, the cars were not really sold new but rather leased in an unusual manner designed to prevent the cars from being used to make mass profits shortly after delivery. All of this lends to the F50’s rarity and boosts its collectibility today. 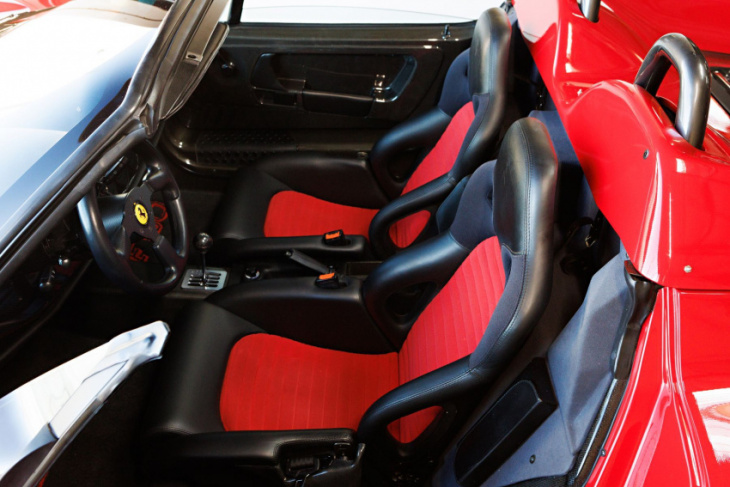 The F50 is just one of Ferrari’s legendary supercars that ranges from the 288 GTO up to the modern-day LaFerrari, but it’s the only one that combines a naturally aspirated V12, a six-speed manual gearbox, Pinninfarina design and a removable top. That V12 is a rear-mounted 4.7-liter V12 that produces over 500 horsepower allowing this 2,700-pound supercar to offer race car-like performance capabilities that were ahead of its time. See it here.

Former Ferrari Designer Weighs In On The Purosangue

Ferrari ended 2022 by topping Formula 1’s post-season Abu Dhabi test with its cars first, second and third in the times. The unusual 1-2-3 feat was achieved by race drivers Charles Leclerc and Carlos Sainz sharing the day in the nominated ‘tyre test’ car, while Robert Shwartzman fulfilled the ...

2023 F1 Chinese GP set to be cancelled Alonso sees ‘outstanding’ potential at Aston Martin after first run Carlos Sainz concluded the post-season test from the Yas Marina Circuit on top of the timesheets, with Ferrari occupying the top three positions. Each team fielded two cars during the session, ...

This new, unused Ferrari Enzo V12 ‘crate engine’ is up for sale. So, where would you put it?

Ferrari Enzo engine At the risk of stating the obvious, crate engines are tremendous. For a five-figure spend, you get a) an entirely brand-new engine, b) towers of power to rival Nakatomi Plaza – and often a top end that’s every bit as explosive, and c) the reliably entertaining ...


View more: This new, unused Ferrari Enzo V12 ‘crate engine’ is up for sale. So, where would you put it?

Binotto ‘relaxed’ about his Ferrari status with 2022 goal reached

Mark Hughes: If Ferrari’s learned anything, it will back Binotto

Report: Binotto to be replaced at Ferrari by Vasseur

Get a look at the Mansory Ferrari Roma “Tempesta Verde”

The Flooded Ferraris of Hurricane Ian Have Arrived on Copart

When did a Ford Focus start costing the same as a Ferrari? Seven low-mileage Focus hot hatches set to sell at auction this weekend for up to £110k a piece

How much can Ferrari actually recover from its new 2022 low?

‘I spent £500k for my Ferrari’: inside Britain’s battle for private number plates

You can now configure your dream Ferrari 296 GT3

Carlos Sainz: Ferrari and Shell work together like no other team in Formula 1

Michael’s Schumacher iconic 2003 Ferrari up for sale, could fetch $9.4 million

Ferrari was ‘clearly protecting something’ in Mexico, claims Brundle

Why Ferrari's long-awaited prototype return is a milestone moment

How Ferrari's new Le Mans contender is a statement of philosophy

One of Ferrari's greatest ever engineers, Mauro Forghieri, has died

Is an R35 Nissan GT-R Faster Than a Ferrari?

Ferrari to take on Le Mans with new 499P Hypercar