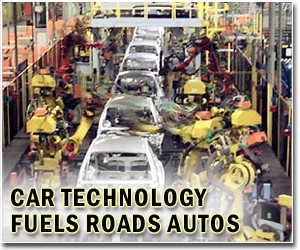 MG presented Tuesday its fourth electric vehicle for the European market as Chinese automakers accelerate efforts to use zero-emission cars to gain ground in the region.

The MG4 is an all-electric sedan with a range of up to 450 kilometers (280 miles) and a competitive list price of 28,990 euros before any government incentives.

A British marque known for sporty cars that went bankrupt in 2005, MG was bought by China’s giant automaker SAIC.

While Chinese automakers have not seriously tried to crack the European market with traditional combustion engine vehicles, they are slowly exploiting their advantage in electric cars.

Similar to SAIC, Chinese carmaker Geely, which owns Volvo, is using Polestar to enter the European market with electric vehicles.

BYD, Nio and Wulung are entering the market under their own brands.

“Chinese automakers abandoned developing internal combustion vehicles because they quickly realised that they won’t be able to close the technological gap with Japanese, US and European carmakers,” said Jamel Taganza, vice president of the Inovev consultancy.

Instead they concentrated their efforts on developing electric vehicles, which has now given them an advantage, especially as the uptake by China consumers has far outpaced those in other countries.

“When you produce 10 times as many of certain models as your European counterparts, you develop know-how and quality that is no doubt better,” said Jose Baghdad, an auto consultant at PwC.

Chinese carmakers sold 80,000 vehicles in Europe last year, and that is expected to nearly double this year to 150,000, according to forecasts by Inovev.

Chinese companies being on the forefront of battery development is also a plus for Chinese automakers.

However, they remain for the moment marginal in the European market.

“They know that they don’t have strong brands, with some doubts” among European consumers, said Baghdad.

The lack of a dealership and garage network may also dissuade European consumers at this stage.

The Chinese entry into Europe also comes at a time of high economic uncertainty as the continent faces an energy crisis and rocketing inflation, but it does give them a chance to begin learning about the market.

Chinese automakers also want to be ready in case an opportunity arises.

“There could be one if European carmakers abandon the affordable vehicle or small car segment, for example,” said Taganza.

European carmakers have been moving upmarket in recent years where margins are fatter.

It might be a hybrid four-banger, but the 671-horsepower Mercedes-AMG C63 is one hell of a ride.


View more: Mercedes-AMG A 45 S Gets a Facelift But No Extra Power

Mercedes-Benz AMG has released a video showing how its newest flagship compares to its former one, in a drag race. We’re talking about the One hypercar which goes up against the GT Black Series, two cars designed for ultimate track performance but with very different methods of execution. While ...


View more: Mercedes-Benz AMG One goes up against the GT Black Series in a drag race

The range-topping version gains an AMG Street Style Edition with visual tweaks inside and out.

Why your next new car will be Made In China: More Chinese-built cars sold in Australia than Korean or German vehicles as brand likes MG, LDV and Great Wall boom

Think your MG's British? Who really makes your car?