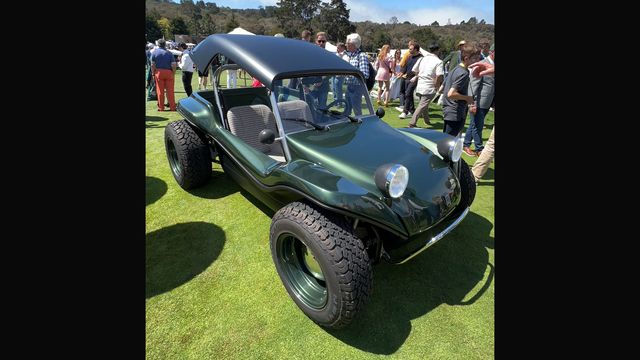 When Bruce and Winnie Meyers sold Meyers Manx to Phillip Sarofim and designer Freeman Thomas in 2020, the transaction left many questioning what the new owners would do with the company known for its dune buggy kit car based on a 60-year-old Volkswagen platform. Sure, they could keep knocking out bright little fiberglass bodies based on Bruce’s brilliant original design, but Sarofim and Thomas don’t seem like guys who want to run a small-scale nostalgia business.

Recently, we got a look at the new offering from Meyers Manx. The latest iteration of the classic dune buggy is a complete redesign that maintains the retro looks of the original but is powered by electric motors and promises notable improvements to performance and comfort. The Manx 2.0 was well-received and during The Quail (an event, which like the Pebble Beach Concours d’Elegance, is part of Monterey Car Week) we had a chance to sit and talk with Thomas about the challenges and thrills of reworking a vehicle as legendary as the Manx. 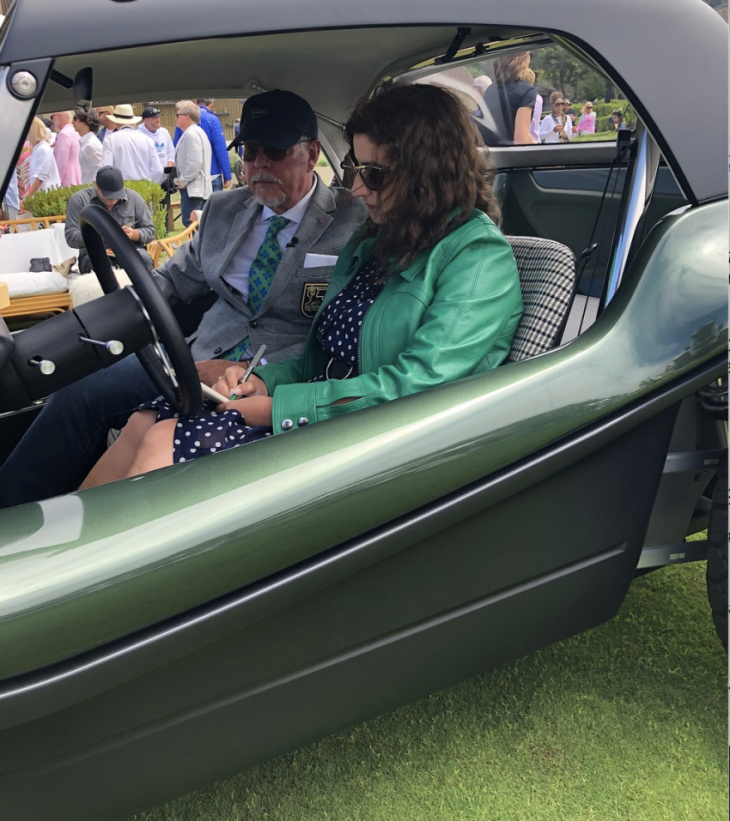 Freeman Thomas and Elana Scherr in the new Myers Manx.

C/D: The Manx 2.0 won’t be a kit car like the original Manx and will instead be a street-legal turn-key car, right? What kind of testing does it need to do?

Freeman Thomas: Correct. It will be turn-key. This fits under the new low-volume vehicle act [an NHTSA regulation that allows for small companies to build and sell classic-themed cars without having to do all the testing a large OEM must do]. It allows us to build up to 325 of these vehicles a year.

But we want to make sure that the vehicle has integrity and that it works as an everyday vehicle. We’re developing a door system with windows, air conditioning, and heating. We want to make sure that the suspension handles right. It isn’t based on an old VW now, it’s a lightweight aluminum monocoque that’s also a crash structure, and the roll bar and roll cage will tie in beautifully to this.

C/D: Are you building this in-house, or are you working with another company?

FT: A combination of both. We’re developing it in-house and working with a manufacturing partner.

FT: We want it to be as capable as the original, and then of course there will be versions that will be more extreme to cater to people’s tastes. The first one that we will start producing will be a great all-arounder.

C/D: Is there anything on the new Manx that is a VW part?

FT: The headlight bucket. Currently, the front suspension on this design prototype is also Volkswagen, but we are evolving that.

C/D: How about the body itself, is it still fiberglass?

FT: On this design prototype, the body is actually carbon fiber, but for production, we’re looking at a lot of different options including thermoforming. Thermoforming is recyclable as well, which we like, and you can do it with the color impregnated into the material. It’s important on a Manx to offer a wide color range and the big metal flakes. So we may have different types of materials or processes for the bodies depending on the customer’s color choice. 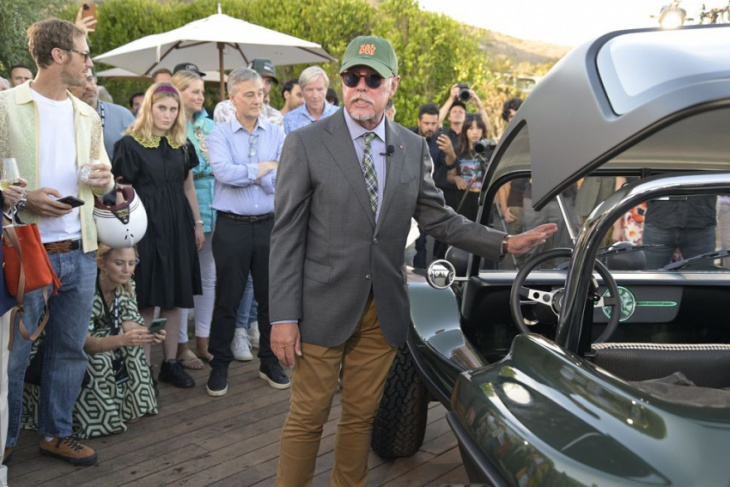 C/D: Do you envision special editions, maybe referencing other Manx variants, such as a Mod Top or a Tow’d?

FT: Absolutely. Because a Manx, it’s really a canvas. It can be serious, fun, playful, or retro. We could do a version with a bright color and white wheels, a white top, and a fun interior. It’s really a chameleon. It can adapt to anybody’s taste.

C/D: Are you going to race one? Hit up Baja the way Bruce did?

FT: There’s technology that we’re looking at for racing, but that’s a separate discussion right now. I do like the idea of testing what you build via racing.

C/D: Was it difficult to try and reenvision the Manx in a way that made it an evolution in a good way rather than, you know, a bummer?

FT: It’s a high-wire act. This was one of the most challenging things I’ve done in my design career. First of all, it’s an icon, and we want to take this icon to a wider, broader audience without losing that magic and the secret sauce that made the original. We knew that if we did it wrong, it would be highly criticized. Getting all the feedback from the reveal and from today has really given us a lot of confidence that we’re doing the right thing.

C/D: What was the most challenging part of redesigning the Manx?

FT: The rear end is completely new. Because it doesn’t have an engine hanging out the back, I didn’t want it to be a gaping hole or some pretend engine. It’s about the honesty of design. The body looks similar, but every single surface has more volume to the radius and corner, and that animates it a little bit more.

C/D: Is there still a flat spot on the fender to rest your beer?

FT: Of course, of course.

C/D: Do you have a favorite Bruce Meyers story?

FT: There are many. One of my favorites is the way that he developed the height of the shoulder here, the beltline [Thomas pats the side of the Manx]. He had the mock-up in his shed by the beach, and he had a piece of wood mounted that he could raise and lower to test the height and angle. He was friends with the local abalone divers, and they’d come in to hang out, and he’d ask their input on his mock-up, and eventually, they got it all locked in, and later he found out it was the exact height of a rowboat, just like the divers getting into a rowboat. But it’s perfect, comfortable, and high enough to feel safe. You don’t feel vulnerable.

C/D: What do you think made Bruce’s design so long-lasting?

FT: Bruce was just such a wonderful, fun, spirited, whimsical soul. That’s what I wanted to instill in the car. It’s not threatening. It’s fun, it’s playful, but at the same time, it’s serious. You know, the seriousness of Old Red [the first Manx, in which Bruce Meyers set a Baja peninsula record in 1967] is the way it’s engineered—its capability, its accomplishments. We tried to take the same approach with this, but everything is a modern element of what was there.