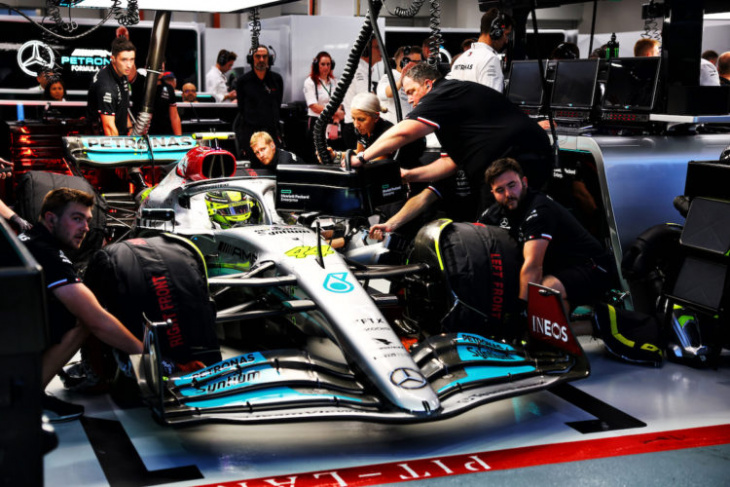 The Mercedes Formula 1 team has been called to see the stewards in Singapore due to an “inaccurate self scrutineering form”.

After the final practice session on Saturday, Mercedes’ driver Lewis Hamilton was summoned to the stewards for an alleged breach of Appendix L of the International Sporting Code (ISC).

The FIA did not clarify what part of the ISC that Hamilton allegedly broke.

In a further hearing, a team representative will now visit the stewards’ office due to a self scrutineering form that was reportedly erroneous, according to the FIA.

Although no clarification has been offered, the matter may be related to Hamilton’s use of jewellery.

Earlier this year, F1 imposed a strict ban on jewellery, citing safety concerns in the event of an accident.

Hamilton opposed the move from the FIA, and was vocal over his disapproval of the regulation.