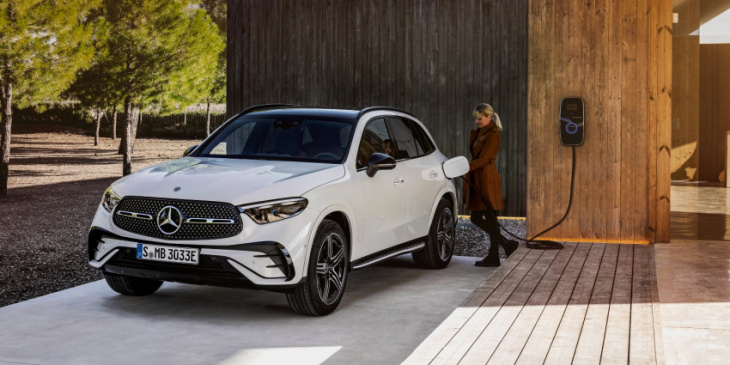 Mercedes-Benz is launching sales of two of the three plug-in hybrid versions of the new GLC unveiled in June. The GLC 300 e 4MATIC and the GLC 400 e 4MATIC will be offered in Germany at prices starting from €71,471 and €74,922 respectively.

When the new generation of the GLC is launched, only electrified powertrains will be used, which means at least one 48-volt mild hybrid. In addition, there are the three plug-in hybrids mentioned above, each of which is expected to have a battery range of up to 130 kilometres.

So GLC 300 e 4MATIC and GLC 400 e 4MATIC are now priced for Germany and ready for market launch. By contrast, the launch of the third plug-in hybrid model, the GLC 300 de 4MATIC, which unlike the other two will feature a diesel engine, is not scheduled until spring 2023.

The GLC plug-in hybrids all have a permanently excited 100 kW synchronous machine and a 31.2 kWh battery on board, which is an in-house Mercedes-Benz development. It should also be able to be charged at just under 2C. This means that the maximum DC charging power of the GLC PHEV is optionally 60 kW. Even with a completely empty battery, charging should be possible in around 30 minutes. On the AC side, an 11 kW charger is on board as standard. Mercedes does not state the charging time in the press release, but it should be slightly less than three hours with a suitable charging station or wallbox. 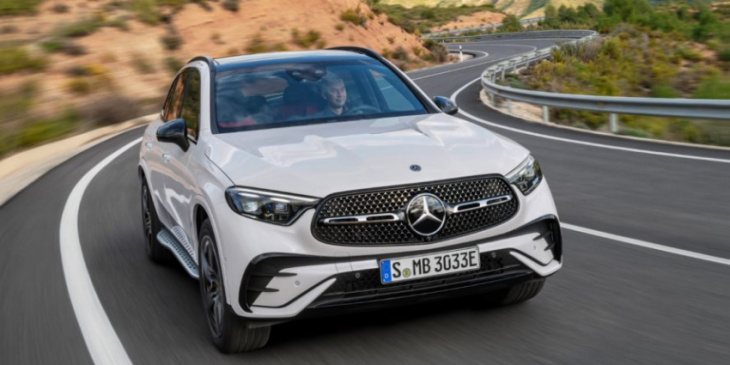 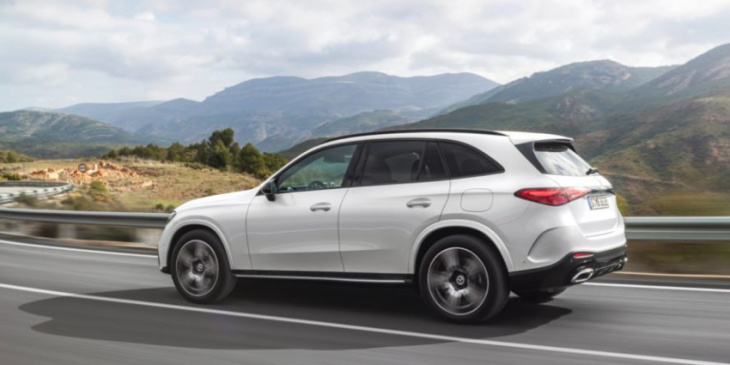 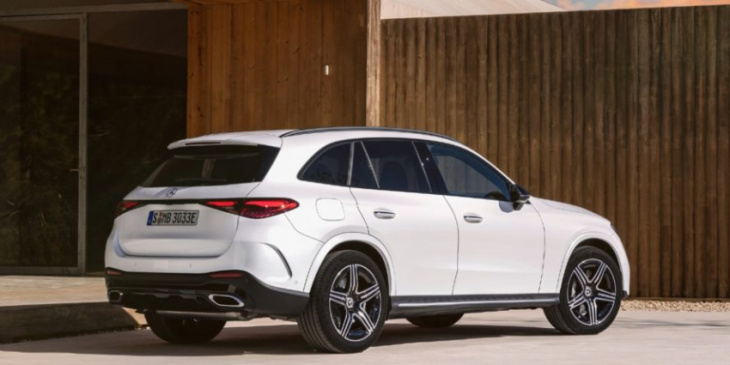 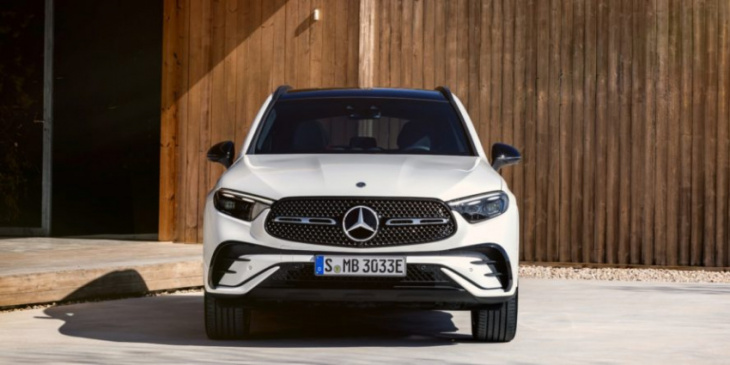 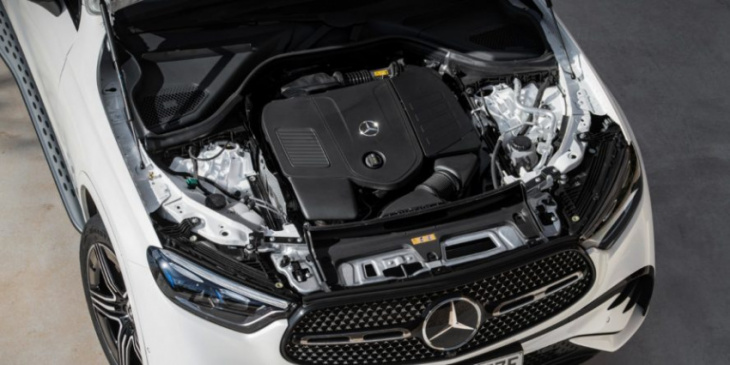 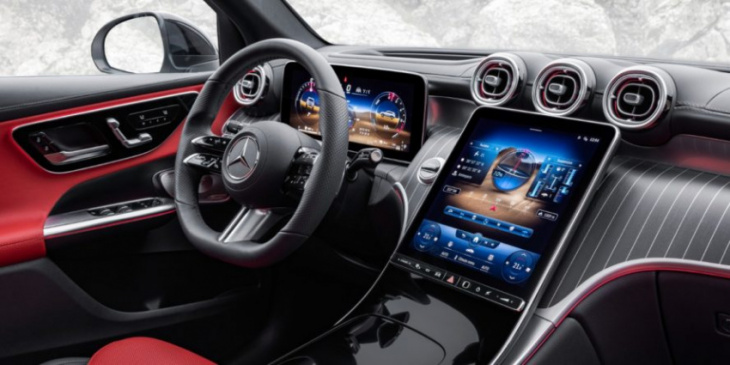 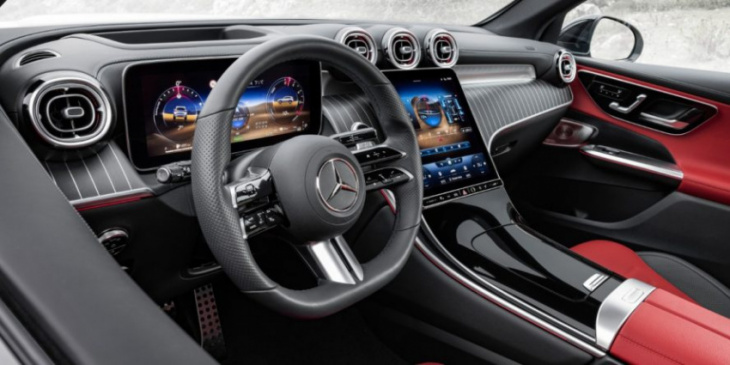 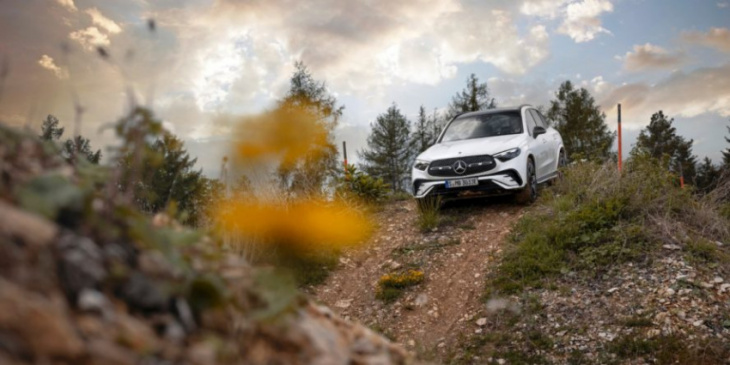 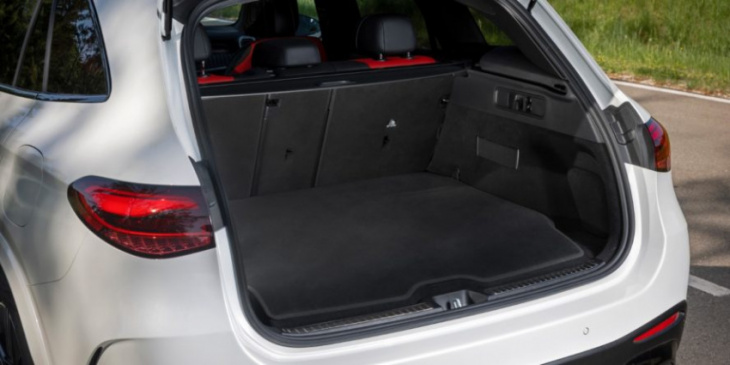 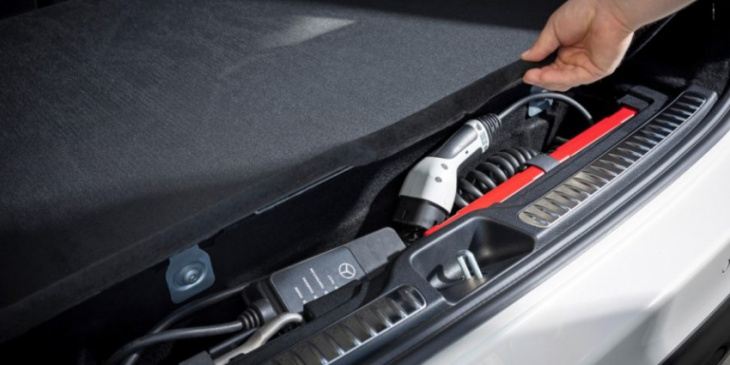 According to Mercedes-Benz, this is complemented by an improved hybrid driving programme: this provides the electric driving mode for the most sensible sections of the route: “On routes in urban areas, for example, the GLC prioritises electric driving. But the GLC can also travel on rough terrain without a combustion engine if desired, thanks to a new off-road programme.”