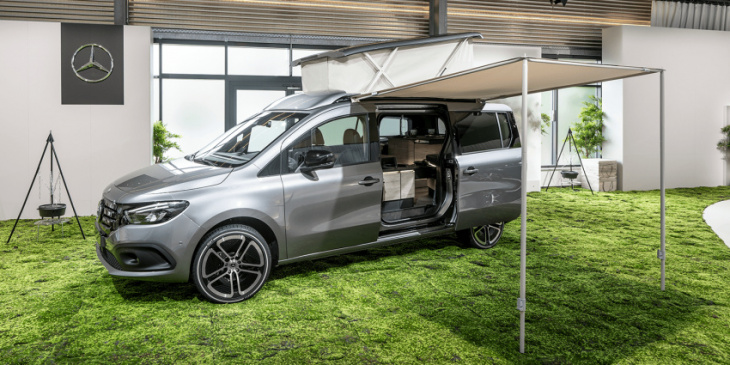 Mercedes-Benz Vans has presented the Concept EQT Marco Polo1, a study of an all-electric micro-camper. At the same time, the company also previews the EQT series design, set apart from the eCitan.

There are no surprises regarding the drive inside the camper concept. The electric motor has a peak output of 90 kW and offers a maximum torque of 245 Nm. The battery has a usable energy content of 45 kWh and is crash-protected in the underbody in front of the rear axle. The AC onboard charger allows charging with up to 22 kW; at a DC station, charging is possible with 80 kW at peak, from ten to 80 per cent, it takes 38 minutes, according to Mercedes.

There is a simple reason these data seem familiar: They match those of the Mercedes eCitan, the commercial vehicle version of the high-roof station wagon, which is based on the Renault Kangoo. The Nissan Townstar also uses the sale platform and drive. So, even if the Camper-EQT is still a study, changes ahead of production are unlikely. Mercedes already writes in the announcement that “at market launch”, this drive would be available. But that at least leaves the possibility of other e-drives after the market launch.

The EQT is 4,498 millimetres long, 1,859 millimetres wide and 1,819 millimetres high. A long-wheelbase version will follow in 2023. Visually, it stands out from the eCitan, for example, thanks to the “black panel” grille at the front, where the eCitan resembles the combustion engine model. The black design element is intended to make the EQT “instantly recognizable” as a member of the Mercedes EQ family. However, Mercedes has dispensed with the continuous LED light strip between the headlights. At least there are redesigned LED daytime running lights within the headlights in distinction to the eCitan. However, the current Marco Polo study has little in common with the EQT study shown in 2021, which was still very independent compared with the Renault. 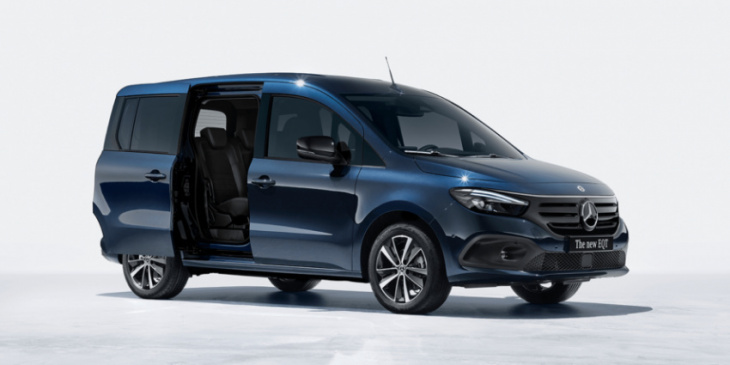 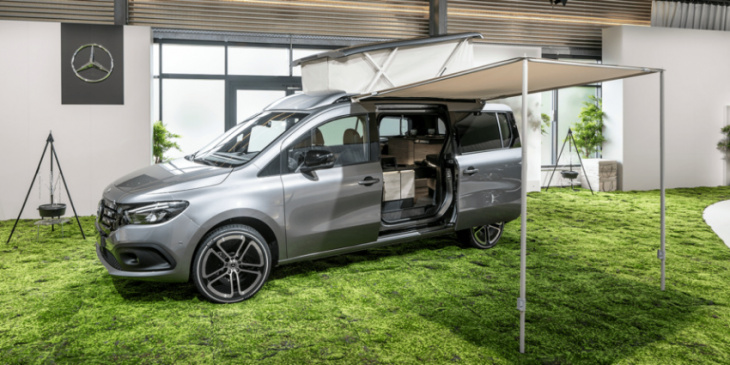 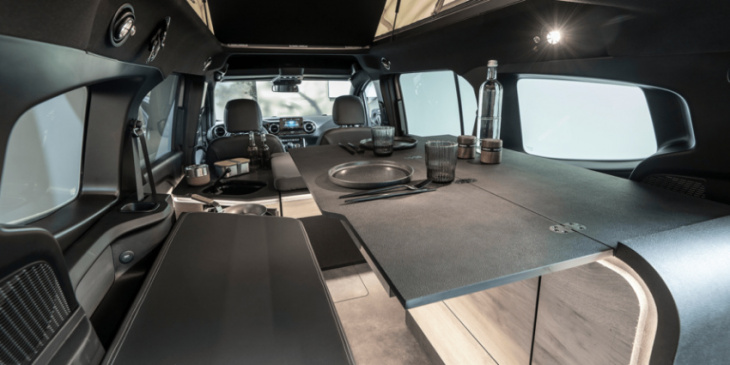 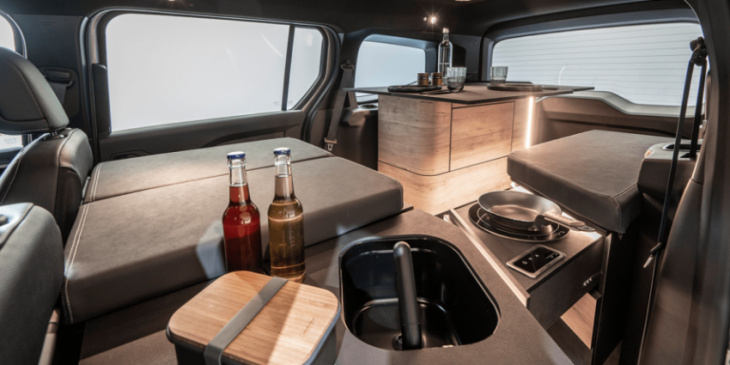 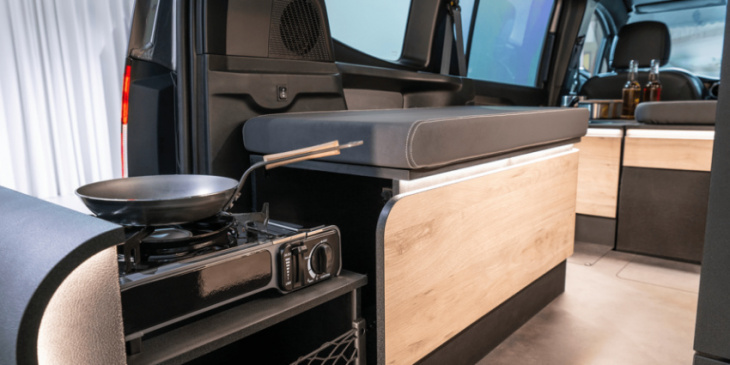 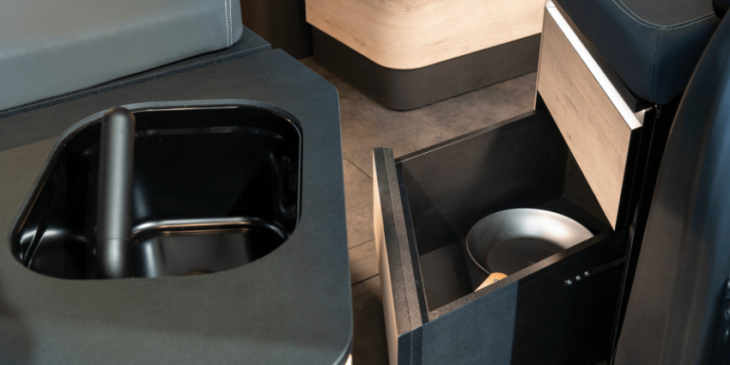 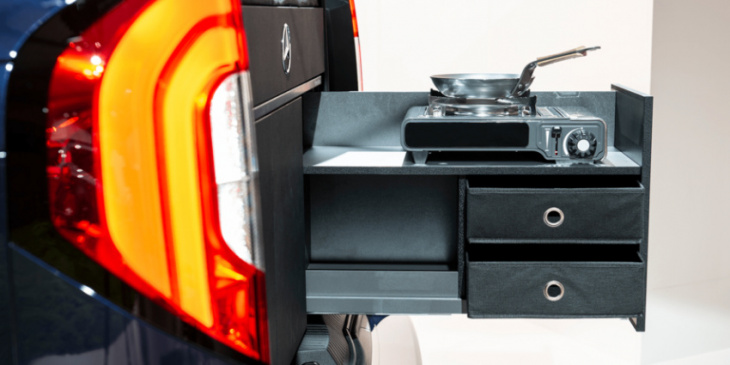 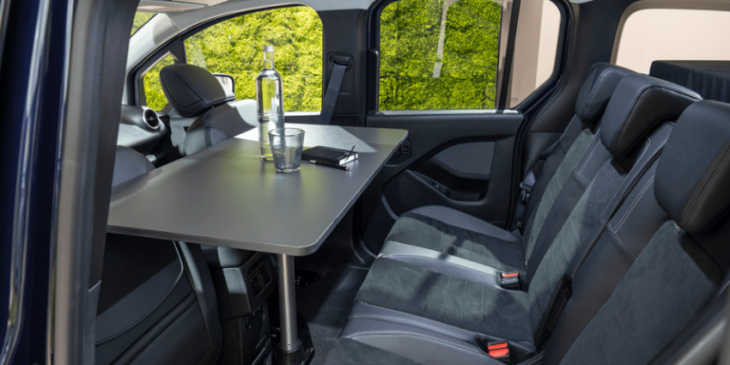 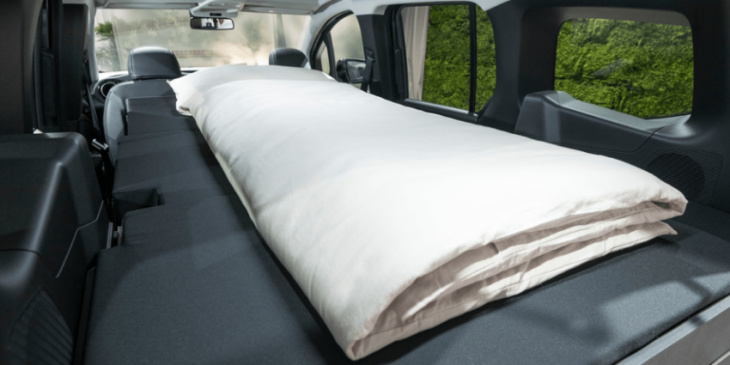 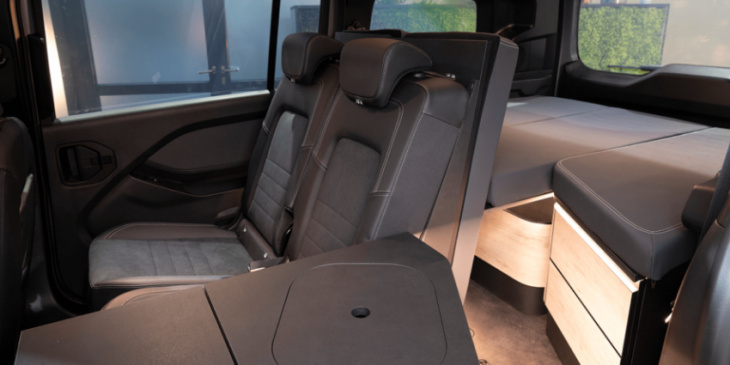 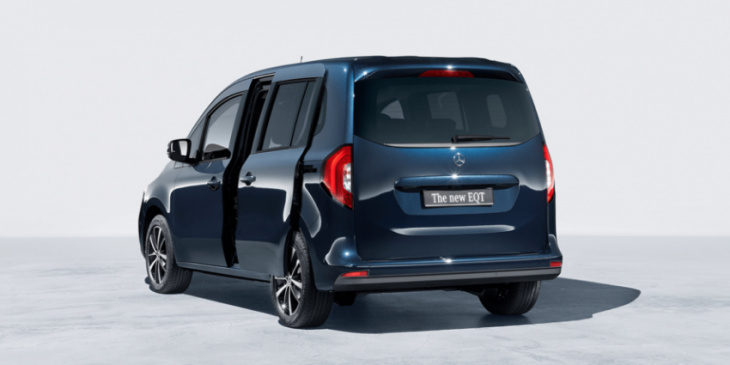 The high-roof estate – Mercedes prefers to call it a Small Van – should be available to order “in the near future”. Prices start at around €49,000 for the EQT with a 90 kW electric motor and standard length. It is unknown what the extended version or the Marco Polo offshoot will cost.

In addition, there is an element in the second row of seats behind the driver’s seat with a recessed flushing facility and a 16-litre compressor cooler, also recessed. Directly next to it is one of two bench seats. Another seat is on the left side of the vehicle in the interior (looking towards the rear cockpit). The drawer system installed here offers sufficient storage space for camping accessories. There is also an induction hob and a drawer that can be pulled out of the vehicle interior with a flexibly removable gas cartridge cooker so that there are two options for cooking.

Those who do not want to convert their EQT into a camper permanently will also get a so-called Marco Polo Module, which will be offered for the standard wheelbase. The module, which can be installed and removed, provides a bed and a kitchen unit optionally. The bed is also 2×1.15 metres, but the kitchen unit has a slightly different layout than the permanently converted Marco Polo. Prices for the module are not yet known, but it should also be available for order directly from Mercedes-Benz branches and dealers “in the near future”.