Lewis Hamilton’s Formula 1 team Mercedes has been fined 25,000 Euros for an “error in declaration” relating to Hamilton’s nose stud.
The nose piercing yielded two separate summons over two alleged rule breaches on Saturday in Singapore, with Hamilton seeing the stewards before qualifying and his Mercedes team being called up after.

No further action was taken in the investigation on whether Hamilton wearing his nose stud while driving his Mercedes W13 at Marina Bay constituted a breach of the FIA’s International Sporting Code.

An exasperated Hamilton claimed in the post-qualifying press conference that it was there for medical reasons – after he had had to remove a permanent nose stud earlier this season due to the FIA’s guidelines – and the stewards accepted this explanation. 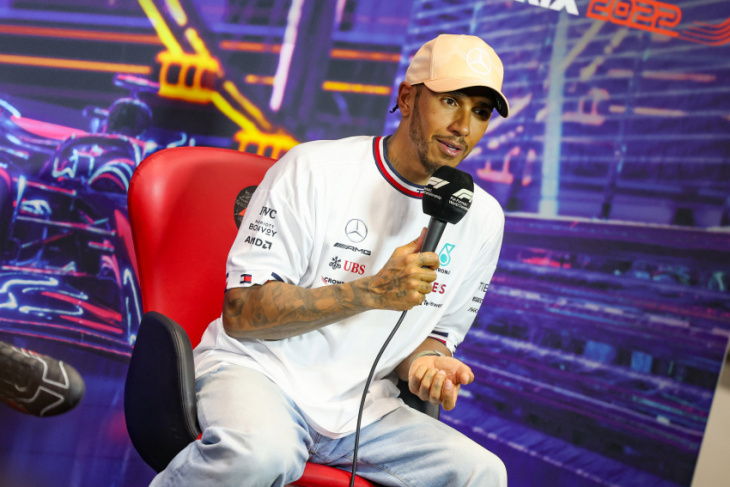 “Broadcast footage showed HAM [Hamilton] wearing an item of jewellery in the form of a body piercing (nose stud) during the session [FP3],” their verdict read.

“HAM admitted this fact but explained that he had been advised by his doctors not to remove it for the time being. In response to a request by the stewards, the team produced reports from a medical practitioner which confirmed HAM’s explanation.

“The stewards then consulted the FIA deputy medical delegate Dr. Ian Roberts who viewed the medical report and concurred with the opinion therein.

“In light of the extenuating circumstances, we have determined to take no further action.” 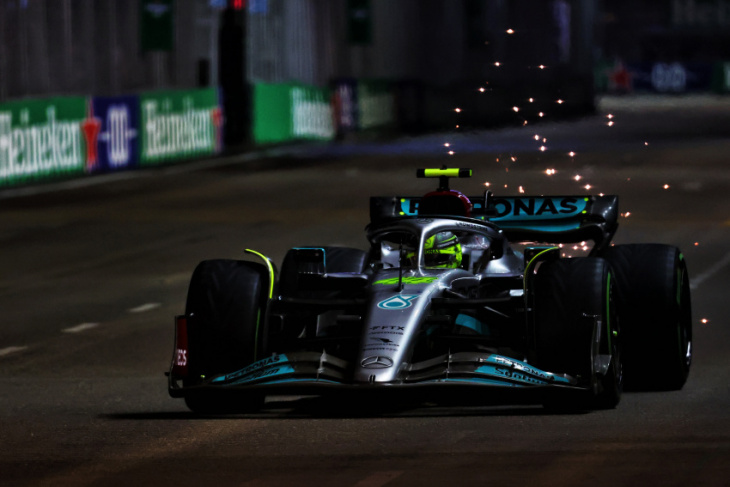 However, Mercedes’ post-session call-up related to the fact that the nose stud was not mentioned in the self-scrutineering form submitted before Friday practice.

The stewards said Mercedes claimed it was unaware of Hamilton’s nose stud, given he “removed the piercing prior to the competition” in recent events – which led to the team “assuming, without enquiring of HAM. that he had followed or would follow the same procedure” in Singapore.

“The stewards accept that the error in the declaration in this case was not intentional or deliberate,” the verdict read, “but it would not have occurred had the team made an enquiry of HAM before completing and submitting the declaration.”