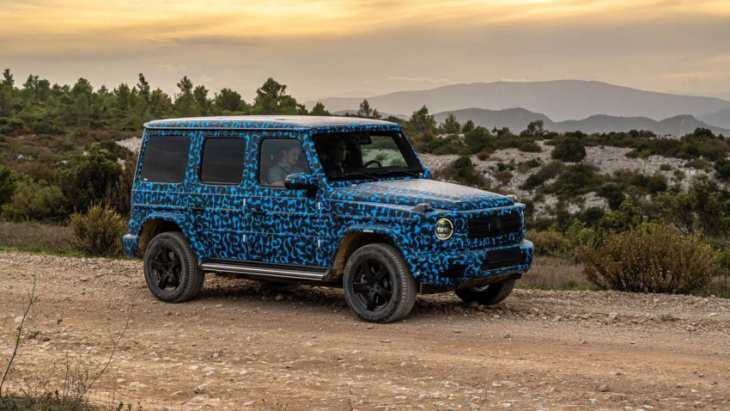 The upcoming Mercedes-Benz EQG will have a ‘G-Turn’ function. Similar to Rivian’s ‘Tank-Turn’ the G-Turn enables the EQG to do a full 360-degree spin on the spot. When engaged with the throttle pressed, the driver can simply shift either steering paddle to decide whether he wants to turn right or left. Check out the below video to see the EQG’s G-Turn in action.

The Mercedes EQG is expected to go on sale in mid-late 2024 alongside the facelifted version of the ICE G-Class. An interior shot of the EQG Concept, shown in September 2021, illustrated a range of up to 261 miles. Therefore expect the production EQG to manage a real-world range of between 250-300 miles per charge.

Inside, the production EQG should have a similar layout to the current-gen G-Class. However, expect it to feature the updated MBUX infotainment system.

Although no specs have been revealed yet bar the four-motor layout, total power output is rumored to be in the region of 600-660 hp. As for battery size, we expect an even larger pack than the EQS SUV’s 108 kWh unit given the EQG’s bulky dimensions.