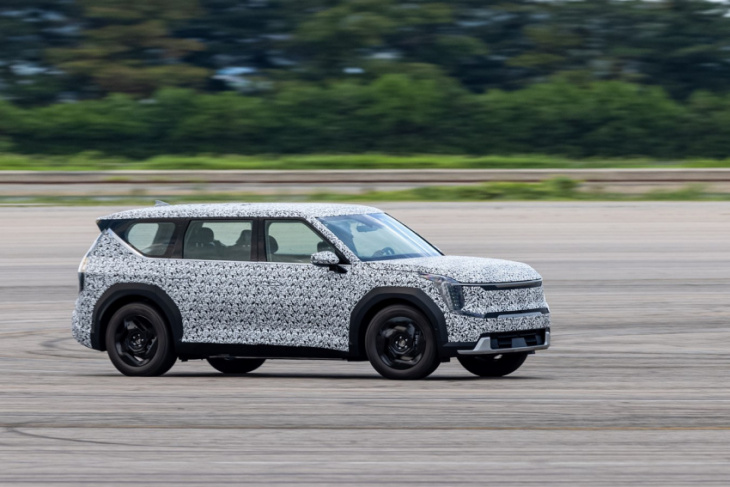 We tested Mercedes-Benz’s Drive Pilot Level 3 driver-assist system. With the ability to fully take control of the car while driving in low-speed traffic, the German automaker’s assist system is the next stage in freeing drivers from stress during rush hour commutes.

The 2025 Cadillac Celestiq started testing on public roads in prototype form. While it looks nearly identical to the show car revealed in July, the prototype confirmed the production model will feature real side-view mirrors instead of the camera system on the show car.

The 2024 Chevrolet Silverado HD roamed public streets with light camouflage covering its front and rear ends. Small tweaks are expected to the front and rear lighting elements and the grille, but the larger changes will take place inside the cab. The light-duty Silverado 1500’s upgraded 2022 interior will be ported over into the larger Heavy Duty pickup for the 2024 model year.

There’s a new king of the Mustangs and its name is Code Red. The Ford Mustang Shelby GT500 Code Red charged into reality with two turbochargers replacing the supercharger. The 1,300-hp Mustang isn’t street legal, and only 30 will be made each with a price of $209,995 before the cost of the donor car.

The 2024 Kia EV9 moved into its final testing phase before its debut. Kia said the EV9 will be unveiled during the first quarter of 2023. Expect the electric three-row crossover SUV to go on sale late next year.

The 2023 Mercedes-Benz EQS SUV joins the Tesla Model X and Rivian R1S as the only practical (but impractically expensive) battery electric crossover SUVs that can seat up to seven. The latest three-row electric crossover comes from an automaker that helped launch the internal combustion engine revolution, instead of ...