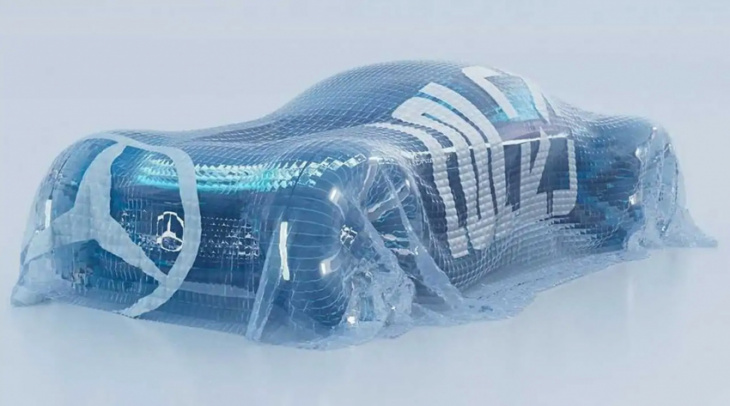 The concept is covered in a semi-transparent shroud and appears to be a coupe. The wheels also appear to be partially concealed, which may or may not be a nod to Audi’s RSQ concept from 2004, whose proportions are strikingly similar to the Mercedes.

While the Audi RSQ was tied with the 2004 sci-fi film “I, Robot,” in which the vehicle makes an appearance, Mercedes’ concept is tied with the 2022 League of Legends World Championship, though in what capacity remains uncertain. We should have more details soon as the League of Legends World Championship, an esports competition, kicks off on Sept. 29.

Mercedes since 2020 has been the exclusive automotive partner of the video game and publisher Riot Games, and in 2021 Wagener and his team designed the championship ring for the game’s championship. The ring features tiny Mercedes stars, as well as a synthetic diamond made from CO2 captured from the atmosphere.

“Winning the hearts of gaming fans is an exciting challenge,” Britta Seeger, Mercedes’ head of sales and marketing, said in a statement. “Together with Riot Games we are in the best condition to inspire the community and to successfully shape the future of esports.”