Put simply, the Mercedes-Benz EQB is perhaps the most practical electric vehicle in India right now. It has seven seats, a claimed range of over 400km, classy interiors, and at nearly 4,700mm long, it’s the right size – not too compact, nor excessively large. The EQB, then, seems like the ideal SUV for a large nuclear family looking to transition into EVs. But could it be your only luxury car? Let’s find out. 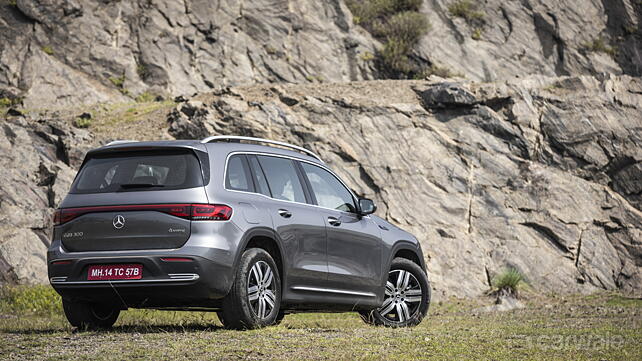 Mercedes has been selling the EQB in Europe as the EQB 300 and the EQB 350 with a 168kW and a 215kW battery pack, respectively. What you see here is the EQB 300 with roughly 225bhp and that’s what we get. More on the battery capacity and charging options later. In terms of appearance, it looks quite similar to the ICE GLB and that’s slightly disappointing, given that the EQC and the EQS, the other two EVs that Mercedes India currently makes, look vividly different from their respective ICE equivalents. Having said that, I must add that the EQB does have its own identity. 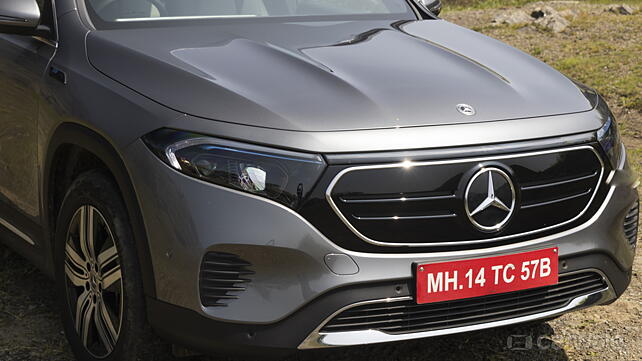 For starters, it has that characteristic Mercedes-EQ black panel grille, including a continuous light strip on top. Exclusive to the EQB are these bi-colour flat design alloy wheels designed to lessen drag, and blue colour highlights within the headlamps. 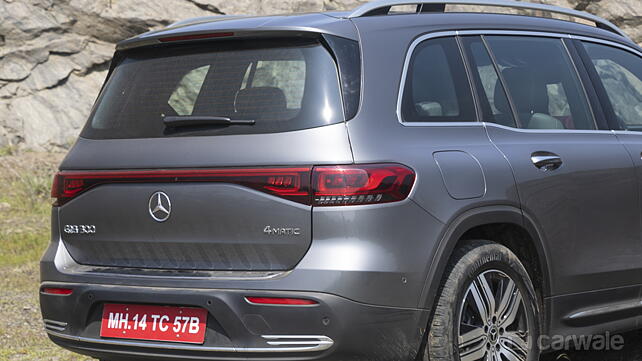 The EQB may look similar to the GLB from the front and in profile, however, it’s a different story at the rear. It comes with an LED light bar to mimic the one at the front, and hence the Mercedes logo sits lower down the tailgate. In addition, the number plate housing is also placed on the bumper, whereas on the GLB it’s within the tailgate itself. 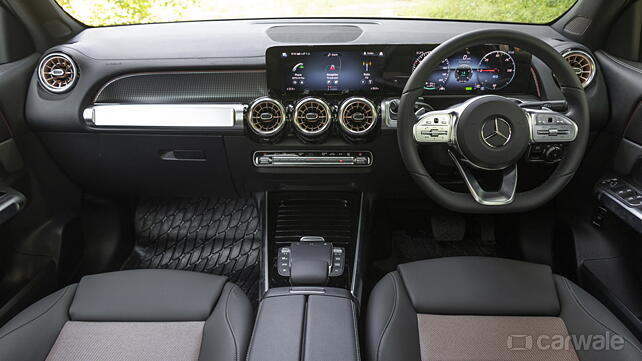 The EQB’s cabin is beyond good when it comes to space and equipment. Let’s start with the seats and overall comfort. With a wheelbase spanning 2,830mm, the space here is generous. The front seats are mostly leather with a bit of what looks like premium fabric in between, and let me tell you, they are as good to sit on as they appear – comfortable and supportive.

The second- and third-row seats, meanwhile, are hugely configurable. There is a lot of room in the second row and the seating is broad and spacious enough to accommodate three adults in decent comfort. Although under-thigh support is quite limited, the seats are superbly contoured, and the relatively low seating translates to plenty of headroom. 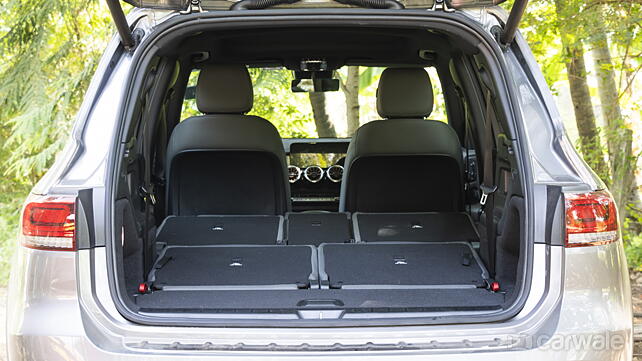 As for the boot, it’s level and capacious – the volume ranges from 465 litres to 1,620 litres with all the seats folded down, making the EQB extremely practical. What’s more, the backrests of the seats in the second row can be adjusted in several stages and since the entire row is on rails, the seats can individually slide to liberate more knee-room if the third row isn’t occupied. 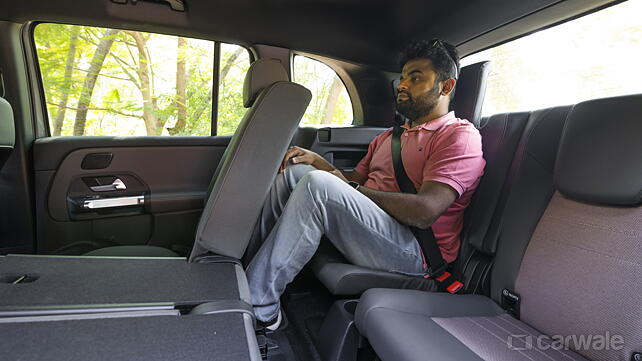 Speaking of which, Mercedes themselves claim that the third row can be used only by anyone up to 5’4” in height, and I agree. The third row is comfortable only for kids, and for times when you need to use it to carry adults, they will have to work with limited headroom. 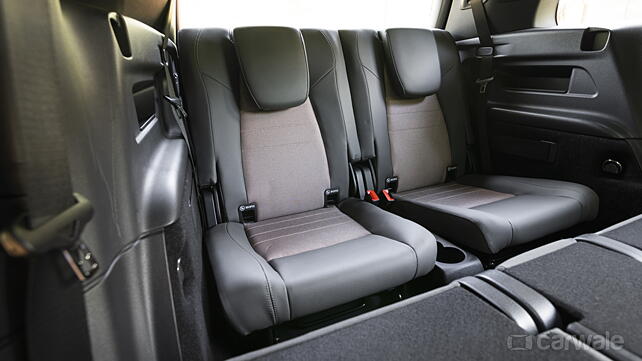 Now, this issue can be attributed to that part of the roof lining sloping down aggressively to accommodate what we think are tailgate hinges and the wiring for the third brake light. As for the features, the EQB has all the basics covered. There’s a large panoramic sunroof, Mercedes’ latest MBUX infotainment tech with two digital displays, an electric tailgate, front parking sensors, electrically adjustable front seats, ambient lighting, and a nice sounding audio system. The only bits it’s lacking when it comes to high-end features are surround-view cameras and adaptive suspension. In terms of safety, you get seven airbags, ABS, EBD, active brake assist, and a five-star NCAP-rated body shell. 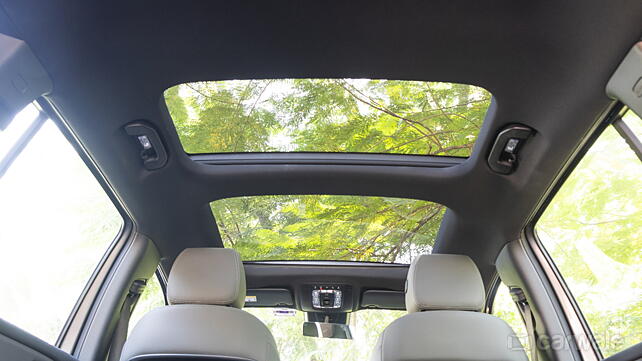 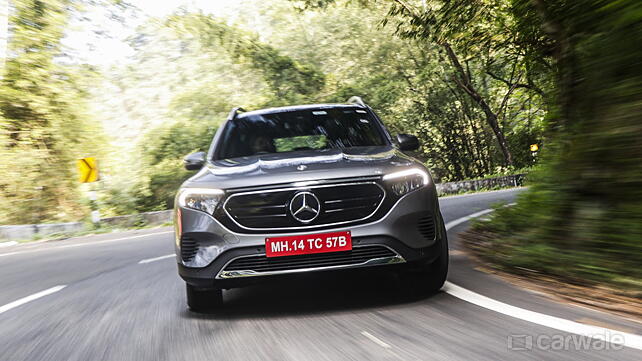 The EQB is dead silent at pedestrian speeds and remains refined as you up the pace. The visibility out of the front windscreen and the side windows is superb too. Moreover, all the controls, especially the steering are light and precise. So yes, it is nice to drive if you are looking for a quiet and sophisticated daily runabout. The talking point here, of course, is the electric powertrain which includes a synchronous motor at the front axle. The electric motor, a fixed-ratio transmission with differential, and the cooling system are all part of a compact unit called ‘eATS’. In addition, the EQB has an eATS on the rear axle with a permanent synchronous motor, effectively making it an all-wheel-drive. 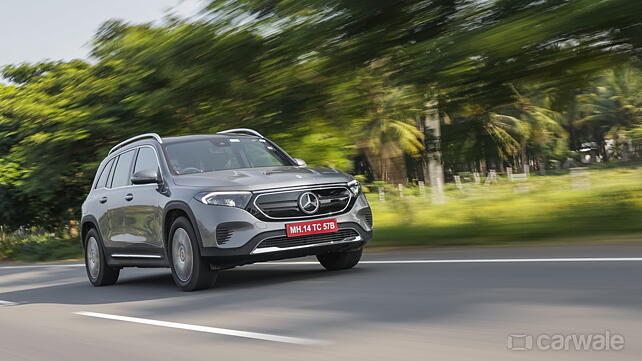 That said, the power going to the front and rear axles is regulated 100 times per second, depending on the driving situation. Now to improve efficiency, the EQB uses its rear electric motor as often as possible. It’s under load that the system engages the front motor to deliver the full potential. As for the battery, there’s a 66.5kWh lithium-ion battery made up of five modules and is located underneath the passenger shell in the middle of the vehicle. Being a heavy electric mid-size SUV, naturally, the EQB is not the sportiest thing on the road. But for driving around town in comfort and occasional highway runs, it’s really pleasant. 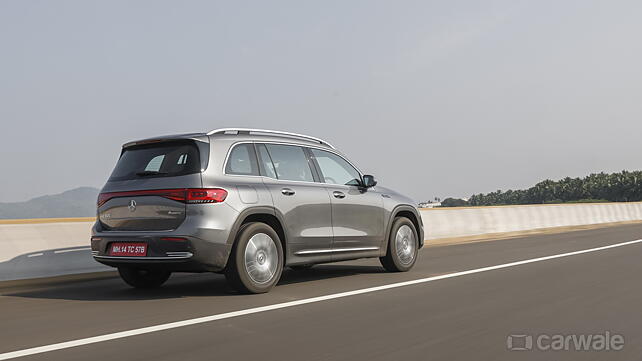 The acceleration is brisk in any driving mode, the steering is light, and the fact that there is no petrol or diesel engine buzzing in front of you gives the EQB a new level of serenity when it comes to daily driving. It’s a relaxing car to drive on the highways too, capable of cruising comfortably at triple-digit speeds. The best part though is the energy recuperation function during braking which is among the best that I have experienced in any EV so far. 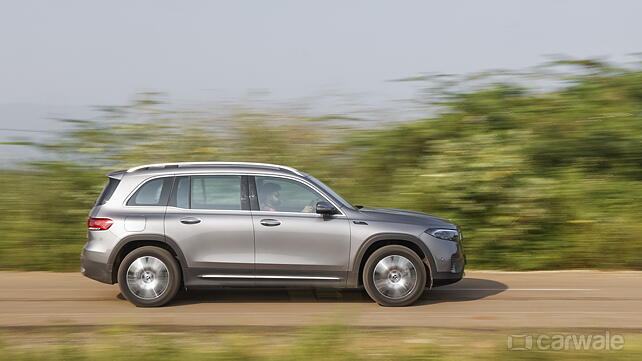 There are D+, D, and D- with different levels of re-gen and if you put it in maximum re-gen mode, which I did during most of my time with the EQB, you can drive it using the throttle pedal alone which only adds to the relaxed experience behind the wheel. Then, the ride is on the softer side and the EQB is surprisingly good at absorbing bumps and imperfections without much of a struggle. And unless you are driving over outrageously bad roads, the ride quality remains quiet. 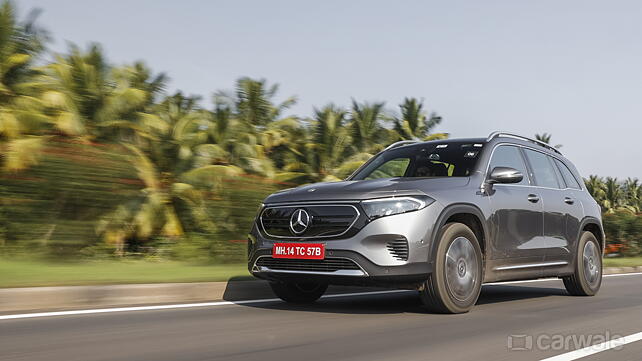 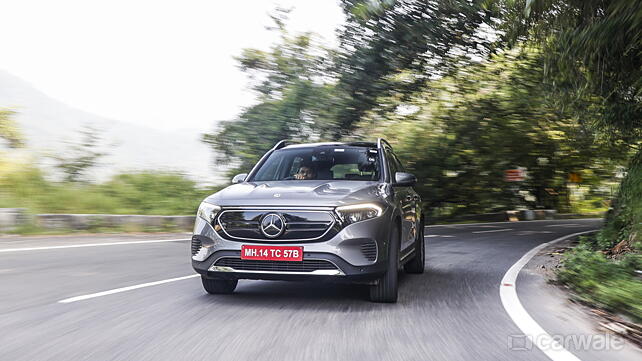 The 66.5kWh battery on the EQB is good for a claimed WLTP range of 423km, which means a real-world range of anywhere between 340km and 370km can be expected. Now, as one would expect, it supports both AC and DC charging and can be charged up to 11kW with AC using the onboard charger. It would be much faster at DC fast charging stations, and depending on the state of charge, the EQB can be charged from 10 to 80 per cent in a little over 30 minutes at up to 100kW. Meanwhile, it will take roughly six and a half hours to do the same through an 11kW AC charger.

The all-electric EQB, then, makes for a sensible choice. It is, after all, the only seven-seater luxury EV at the moment. So, if you are someone who has kids and is primarily looking for a premium urban runabout, then you should definitely check out the EQB.