The production launch of the EQS SUV moves the German automaker closer to its goal of manufacturing eight BEVs at seven sites on three continents this year. 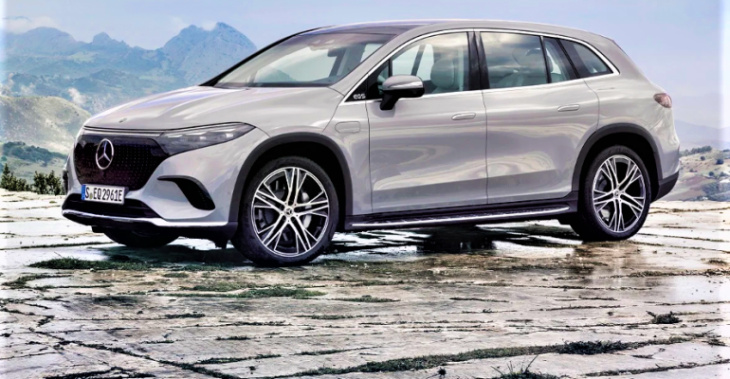 Mercedes-Benz begins building the battery-electric EQS at its assembly plant in Tuscaloosa, AL, the only site where the fullsize luxury SUV will be produced.

The production launch moves the German automaker closer to its goal of manufacturing eight BEVs at seven sites on three continents this year. The 25-year-old Tuscaloosa plant already builds the GLE and GLS SUVs, GLE Coupe and the Mercedes-Maybach GLS. Another battery-electric SUV, the EQE, goes into production at the Alabama plant later this year.

The SUV has standard rear-axle steering and an offroad driving mode. It shares the long wheelbase of the EQS Sedan but is more than 7.8 ins. (198 mm) taller.

The EQS SUV goes on sale later this year.

A battery factory that opened in March in nearby Bibb County, AL, produces battery systems for the EQS SUV on a 985-ft. (300-m) production line. The battery for the EQS is based on a modular architecture also used in the EQS and EQE sedans. All of the factory’s electrical needs will be met through renewable energy sources from 2024, Mercedes-Benz says.

EQS SUV with available 56-in. Hyperscreen.

Auto Nation Group (ANG), the official importer and distributor of Mercedes-Benz vehicles in the Philippines, brings a new variant in the E-Class family: the E-Class Avantgarde. Launched last February 2022 as the AMG Line variant, the new E-Class makes a clear statement for greater dynamism from its elongated hood ...