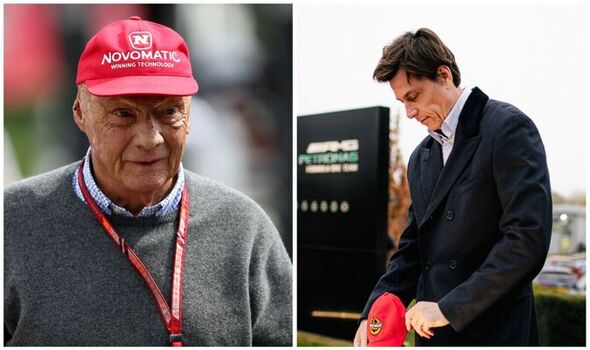 Mercedes have unveiled a poignant tribute to the late Niki Lauda by dedicating the name of the road that leads to their team factory after the Formula 1 hero. The road at the heart of their multi-million facility in Brackley has been renamed and will be officially known as ‘Lauda Drive’, CEO and team principal Toto Wolff completing their tribute by hanging his famous red hat on the road sign.

Lauda passed away in May 2019 at the age of 70 in Switzerland and was later buried in his hometown of Vienna, Austria. His tragic death came just days before Mercedes raced at the Monaco Grand Prix, which was won by Lewis Hamilton, who had been sporting a red helmet as a tribute to Lauda’s red hat.

While the team have regularly honoured Lauda, they decided to dedicate the road at their factory to the former non-executive chairman, who was regularly seen at races and enjoyed a close relationship with Wolff and Hamilton during his time with the Silver Arrows.

The road was previously titled ‘Reynard Park’, named after Adrian Reynard who was the owner of the site until it was purchased by the team last year. However, they decided to change the team name to honour Lauda with the approval of his family and local authorities. To mark the occasion, Wolff – dressed in a black overcoat – unveiled the sign on Tuesday afternoon in front of a crowd of team members at the factory. 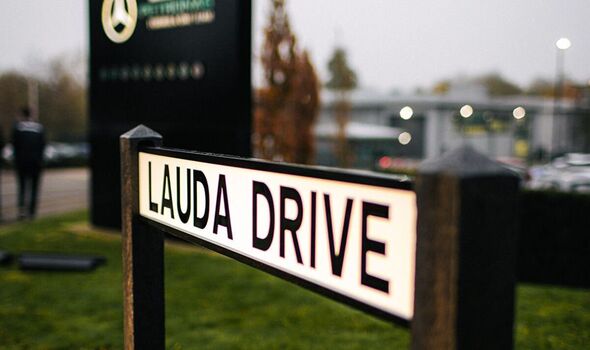 Explaining the decision, Mercedes said on their official website: “Niki was an integral part of our team, as our Non-Executive Chairman, and his passing in May 2019 left a huge void. For many, he wasn’t just an F1 icon and world champion, but also a beloved colleague and friend at the heart of our sport.”

Hamilton recently reflected on how Lauda approached him about joining Mercedes when he left McLaren in 2012, describing their conversations as “probably the most fond memories I have”.

“We started talking some time in 2012 and I just remember being home during the day, having a call from Niki and he is trying to convince me to come to the team,” the Briton said. :It was very cool to have a call from a world champion and an icon like Niki.

“We had relatively decent conversations but obviously it was in the early phases. Definitely to have the support of someone like Niki demands a huge amount of respect and shows that there is a mutual respect there.

The tribute comes after Mercedes brought the curtain down on a difficult season – their worst since 2013 – registering just one victory from 22 races after George Russell led home a one-two finish in Sao Paulo at the Brazilian Grand Prix.

The eight-time Constructors’ winners finished third in the standings behind Red Bull and Ferrari, capping a miserable season for Wolff and his team.

But their gesture to Lauda and his family will no doubt bring the team together as they target a much-improved start to the campaign in 2023, with Hamilton aiming for his historic eighth crown.