Mercedes-AMG has demolished the official track record for a road-legal production car around the legendary Nürburgring with its monster F1-derived One hypercar. And it has done it in quite a dramatic fashion too.

With an officially measured and notarised time of 6:35.183 minutes around the 20.832 kilometre track, the Mercedes-AMG One not only broke the road car record – previously set by the Porsche 911 GT2 RS MR back in 2018 – by more than 8 seconds, it also set a new record for the super sports car category as well. 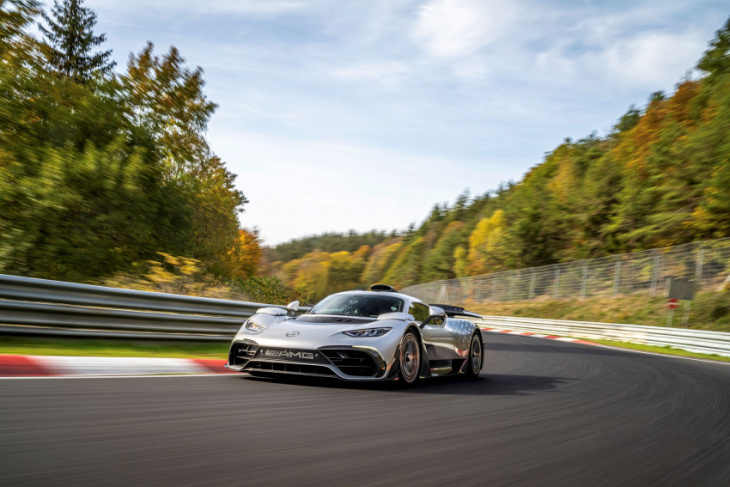 But it almost didn’t happen – when Mercedes-AMG set out on the attempt on October 28, 2022 the track was damp and crashing a $5 million hypercar on a wet track tends to be something most people prefer to avoid, so the team was forced to wait most of the day for it to dry out enough for an attempt.

And by the time the track was dry enough for the first attempt, they only had about an hour left before it closed to break the record. Which they did, and quite easily too, as it turned out. 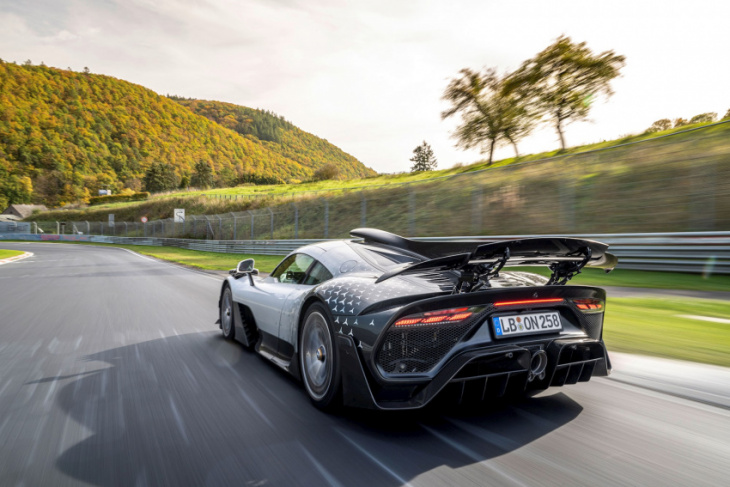 However, it wasn’t until the very final run of the day – starting at exactly 29 seconds before the track officially closed at 5:15pm – that driver Maro Engel set his fastest time. Although Engel had already set a new best time beforehand, the DTM driver was apparently “not satisfied” with his lap time, so decided to take advantage of the improving conditions at the very last minute to set the blazing time.

“That was really an unforgettable experience,” said Engel after completing his record lap. “I didn’t expect that we would be able to set such a lap time with these track conditions.

“In some crucial areas of the track, it hadn’t dried completely yet and was therefore tricky. That was a special challenge. We tried to find the optimal deployment strategy during the pre-tests.”

Technically, the record-breaking car had everything that the Mercedes-AMG One offers as standard, but then it offers some rather remarkable Formula One-derived standard kit, after all it is powered by a 1.6-litre turbo V6 engine and four electric motors that deliver a total of 782kW of power and a top speed limited to 352km/h.

For the record run, maximum camber values were selected and Engel used the “Race Plus” drive mode, which provides maximum possible aerodynamics, tight chassis tuning, vehicle lowering by 37mm at the front and 30mm at the rear and, of course, full power from all motors. 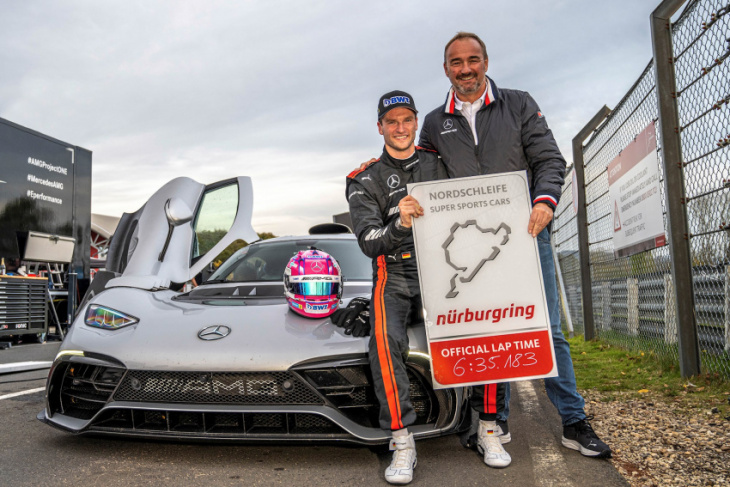 The car was fitted with Michelin Pilot Sport Cup 2 R MO tyres that come as standard on the AMG One, as well as the standard AMG ceramic composite braking system.

And if you have a lazy $5 million lying around, then you might be able to have all that for yourself – back in 2018, when what was then called “Project One” was launched, AMG did confirm that 8 examples were earmarked for the Australian and New Zealand markets. 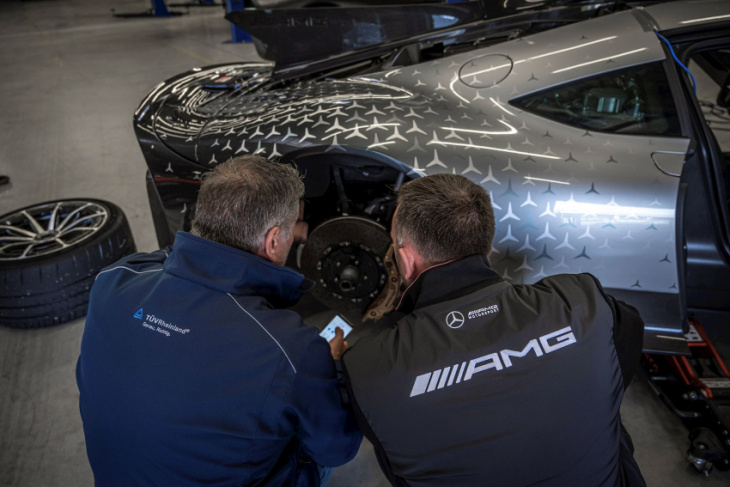 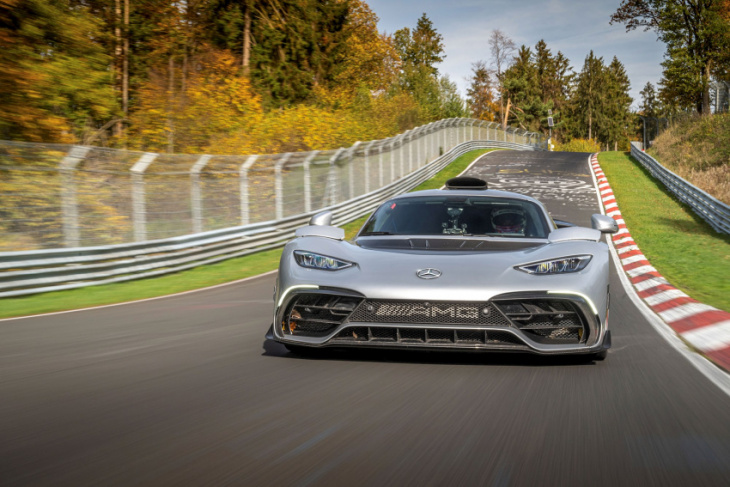 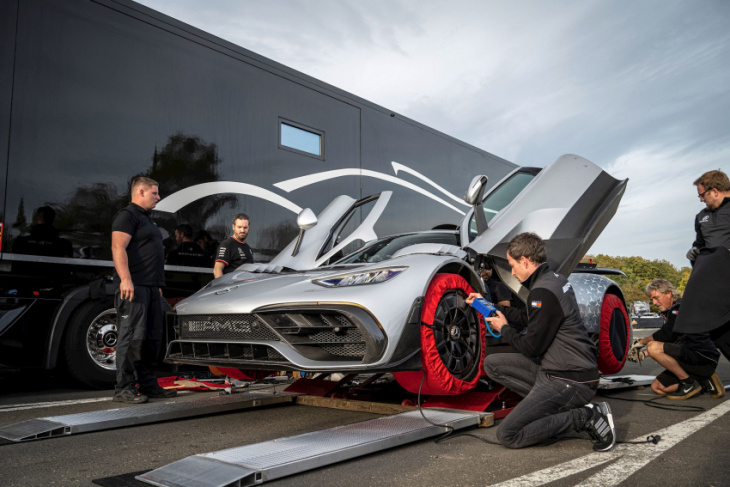 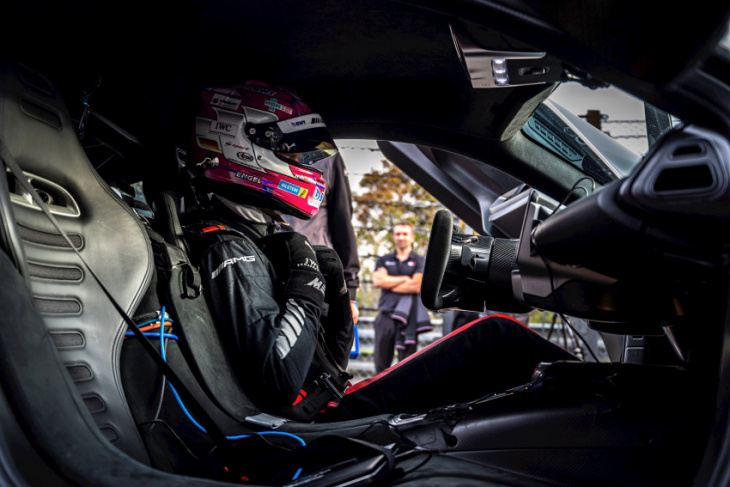 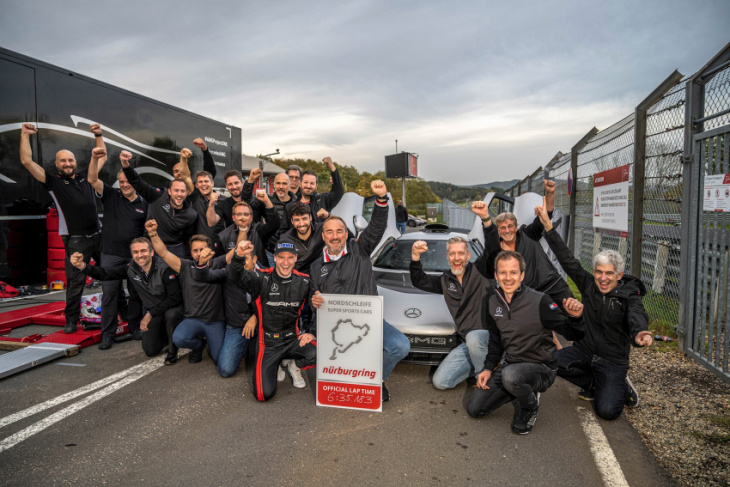