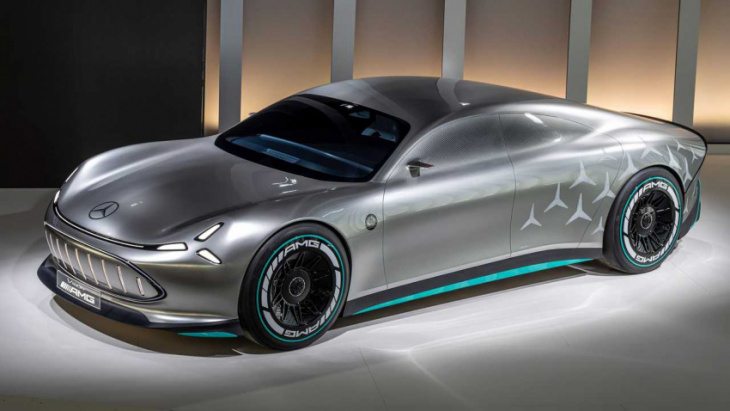 Cars like the Ford Focus RS and Audi RS3 have dedicated drift modes that help the driver go sideways, but what if it could be even easier to turn your car into a smoke machine? Well, it might just happen, provided there are electric motors instead of a combustion engine. Because apparently EVs weren’t complicated enough already, Mercedes is thinking about deploying an autonomous drift mode in an ICE-less AMG model.

To the surprise of many, it has actually been done already. Back in February, the Toyota Research Institute programmed a Supra to burn rubber without any human intervention. The key difference here is Mercedes is actively thinking about installing such a feature in a future electric AMG. In an interview with Australian magazine CarSales, the automaker’s global vehicle development boss Joerg Bartels talked about the unusual gimmick.

“An automatic drift mode? Yeah sure. We could do this because we always know what situation the car is in. We have sensors for everything, so we know that. You need to have a lot of space for something like this and the only thing is, besides the torque vectoring, you would need drive by wire because you may need to take the steering away [from the driver].”

When asked about the chances of implementing an autonomous drift mode in a car, Joerg Bartels strongly suggested it’s a possibility: “Maybe it’s coming.” He went on to say the tank turn function of the upcoming EQG (electric G-Class) shows the benefits of having a quad-motor setup. The R&D top brass admitted it’s not exactly a useful feature in the real world, but is coming to allow owners to brag about what their EVs can do:

“This is something [tank turn] you would do and show your neighbor but it’s not very helpful on rough conditions or during dynamic driving.”

BMW M is no stranger to engineering an EV that can pivot on the spot, having shown recently a modified i4 Coupe with quad motors performing the same maneuver, albeit with a heavy dose of CGI.

The peeps from Affalterbach are just getting started with electric performance cars, showing so far only the EQS 53 and the smaller EQS 43 and 53. The Vision AMG concept we saw earlier this year is a window into the future of a dedicated AMG.EA electric sports car platform.