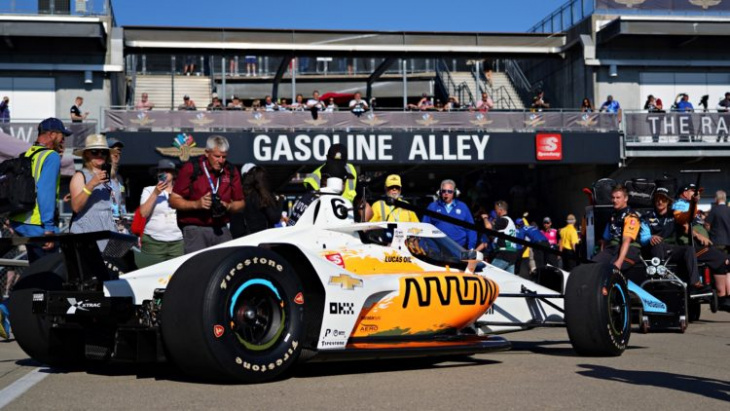 McLaren is currently considering running a fourth car in the upcoming Indianapolis 500, and is reportedly eyeing up NASCAR driver Kyle Busch to pilot the entry.

According to a report from the Associated Press, McLaren CEO Zak Brown has been having serious conversations with Busch recently about the potential crossover next May.

Busch, a two-time NASCAR Cup Series champion, recently announced that he was going to be driving for Richard Childress Racing for 2023, and his new contract gives him permission to compete in the Indy 500 with a Chevrolet-powered entry.

If plans fall into place, Busch would become just the sixth driver to compete in the Indianapolis 500 and NASCAR’s Coca Cola 600 on the same day, and the first to do so since his brother Kurt Busch in 2014.

Racing in both events is often known as ‘The Memorial Day Double,’ and driving in both races demands setting up a detailed travel schedule to move between Indianapolis, Indiana and Charlotte, North Carolina throughout the build-up to each race.

Alex Palou and his summer of woes

With the two tracks being 430 miles apart, travelling from one event to the next on race day can be quite challenging, let alone the fatigue involved in racing 1,100 miles in one day.

Tony Stewart and Robby Gordon each completed ‘The Double’ multiple times, with Stewart earning the best result in his 2001 attempt by finishing sixth in the Indy 500 and third in that evening’s NASCAR race.

AMSP will have three full time entries for the 2023 IndyCar season with the addition of Alexander Rossi, and is currently building up staff to support the expansion.

The team has often run an extra car in the Indy 500, including years ago when the team was known as Schmidt Peterson Motorsports and had no McLaren involvement.

The past two seasons, Juan Pablo Montoya has filled the extra seat that the team has fielded, but no future plans have been announced for the veteran driver at this time.