‘Mc Laren failed to extract his potential’ – Vettel on Ricciardo

Sebastian Vettel and Lewis Hamilton have both expressed support for Daniel Ricciardo, after learning of his early contract dissolution with the McLaren Formula 1 team.

Ricciardo announced on social media ahead of the Belgian Grand Prix that he would leave McLaren with a year still to run on the three-year contract he signed ahead of the 2021 F1 season.

He is now exploring his options for 2023, which may include a switch to another team, such as Alpine or Haas, or a sabbatical from F1 entirely if he can’t find a suitable seat, though Ricciardo has stated he doesn’t want to race anywhere outside F1 at this stage of his career.

Vettel, who was Ricciardo’s 2014 team-mate at Red Bull, vocalised support for Ricciardo, calling him “one of the best drivers I raced against” and suggested McLaren should bear the brunt of the blame for not extracting Ricciardo’s full potential during his time there.

“Maybe I have too much empathy for a Formula 1 driver, but I was very saddened hearing what’s going to happen to Daniel,” Vettel said. 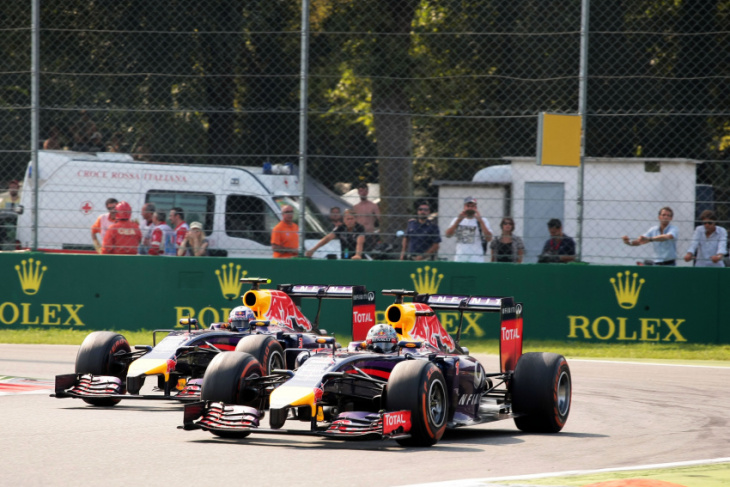 “I think it’s a very very difficult situation to be in. I think he’s still one of the best drivers I raced against. I had the pleasure to race against him and the not so pleasurable side of getting beaten by him, years ago – and I still think he has very, very much to offer.

“I don’t know the details, but I guess McLaren failed to extract the potential that he has. It’s sad to see that he’s been put in a difficult position, but I wish him all the best and I’m sure ultimately the talent he has and the qualities he has will shine through.”

Seven-time champion Hamilton called Ricciardo’s situation “really unfortunate” and said Ricciardo still “deserves a place” in Formula 1, despite a reputation-damaging two-year stint with the team that gave Hamilton his own F1 debut and first world title.

“I really hope there’s somewhere great for him,” Hamilton said. “Because he’s still got lots to achieve.”

McLaren is expected to replace Ricciardo with Alpine reserve driver Oscar Piastri, once contractual wrangling with Alpine has been resolved.

Asked about the situation with his fellow Australians Piastri and Mark Webber – who manages Piastri’s career – Ricciardo said it was “just business” and that he would still show support for his countryman once he steps up into F1.

“I honestly still don’t know what the future holds for Oscar,” Ricciardo said. “Obviously Mark’s doing his job for Oscar. I don’t take any of that personal.