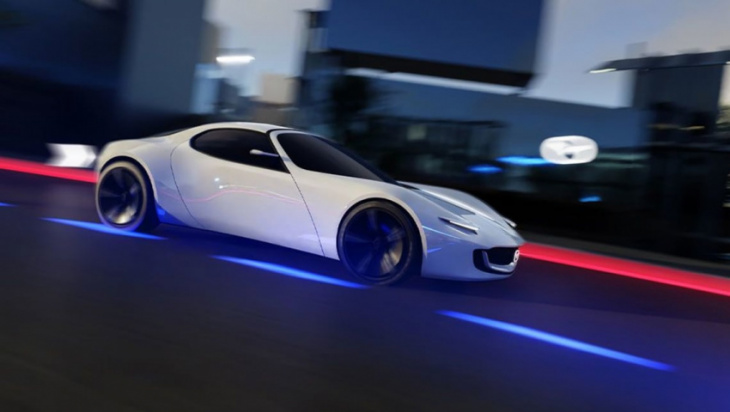 The Mazda Vision Study is a hard-top coupe, but could become the next MX-5 convertible.

Mazda has teased what could be the first MX-5 electric car during an announcement outlining its adjusted mid-term electrification and sustainability plans.

The presentation, which centered around the acknowledgement that the automotive world will change dramatically by 2030, focused on the shifting needs for car brands to be more sustainable in terms of both supply chains and in the environment, but finished with a video that seemed to renew Mazda’s commitment to sports cars.

The video featured interspersed clips of each generation Mazda MX-5, along with short snippets of what Mazda has called the Vision Study, a sporty coupe that’s very clearly electric. It has no exhaust for a start.

In the video, a short segment shows what appears to be an electric car chassis being joined with the body of the Vision Study, while later there are short clips of it driving.

The video ends on the statement “…we will build a future filled with great energy and joy. This is Mazda’s promise as we look forward to 2030”.

Mazda has previously indicated to media that the MX-5 is important enough to the brand that it would be incredibly unlikely to disappear even into the EV era, with Mazda’s Europe head of product development and engineering Joachim Kunz telling UK outlet Autocar earlier this year that the MX-5 could stick around “forever” as the brand’s icon. 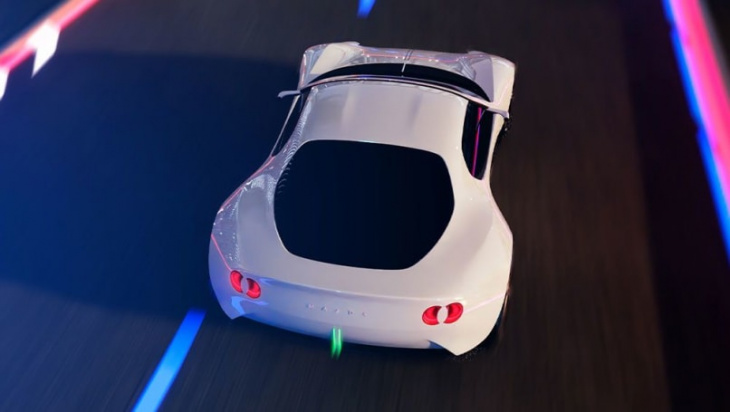 “At the moment, it looks like we will have this car forever, with this size and concept and combustion engine. Of course, some day, we will have to electrify it, but we want to keep this pure concept.”

Mr Kunz also explained that the MX-5 wouldn’t move to another architecture, keeping the car rear-wheel drive, while letting on that a new generation of MX-5 could be revealed around a decade after the fourth generation’s (ND MX-5) 2014 debut.

In the recent announcement, Mazda outlined four key pillars to its strategy: initiatives for carbon neutrality by 2050; a three-phase electrification strategy towards 2030 (with an estimate that Mazda’s EV ratio in global sales will rise to between 25 per cent and 40 per cent by 2030); increased IT and AI training for personnel; and a supply chain upgrade to increase security and reduce costs.