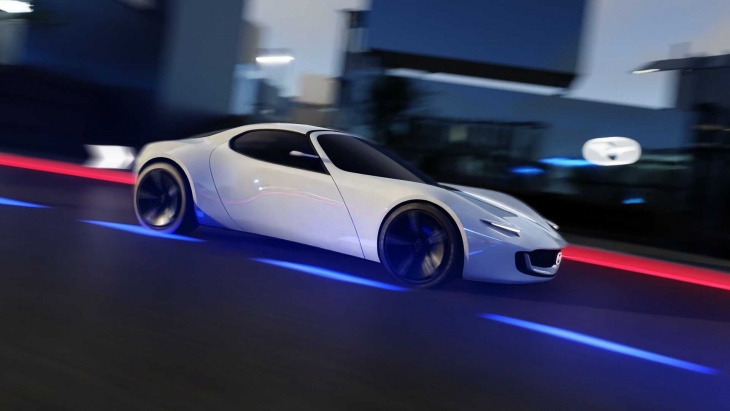 Are you the next-generation Miata?

Mazda has updated its mid-term agenda by accelerating plans to embrace electrification in the coming years in light of increasingly stringent emissions regulations. While this sounds like an announcement virtually every other automaker has made or is about to, something else caught our attention. Although it’s not mentioned in the press release, an accompanying video shows a mysterious sports coupe. What is it? A “Vision Study Model” for now.

Posted on Mazda Japan’s official channel, the 36-minute-long video features President and CEO Akira Marumoto talking about the automaker’s steps it needs to take toward reaching carbon neutrality by 2050. The last five minutes of the video reflect “Mazda’s vision for the future,” and the first thing you’ll see is the MX-5 ND. Previous generations of the beloved Miata also make an appearance before a white coupe is shown. 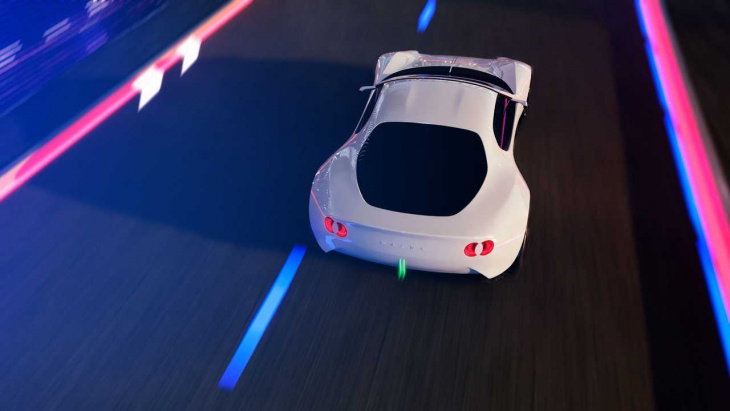 Although we are tempted to say it’s an early look at the fifth-generation MX-5, we may be getting ahead of ourselves. After all, the achingly beautiful Vision Coupe Concept from 2017 never materialized into a production car. But what if it is the next Miata after all? The concept illustrates a coupe with a fixed metal roof, which has happened before as the NB received a true coupe derivative in Japan where only 179 units were ever sold.

Logic tells us those butterfly doors are reserved for the concept as a subsequent production car would have a regular setup. With zero details shared by Mazda, all we can do is speculate as to what this concept may portray. It does have the proportions of a rear-wheel-drive car judging by the short rear and a long hood to accommodate a longitudinally mounted engine.

The Japanese automaker has pledged to keep the RWD + ICE formula alive for the next-gen Miata. However, some form of electrification is expected to meet those tougher emissions regulations we mentioned earlier. The bulging fenders are an MX-5 trait while the round taillights split into halves make us think of the current ND.

Overall, the concept gives us the impression it looks small enough to be a Miata rather than something more sophisticated to revive the RX. The rotary engine is officially coming back in 2023, but only to serve as a range extender rather than for a sports car application. Let’s keep in mind an interesting MX-5 test mule was spotted a few months ago, so a new sports car is certainly on the way.