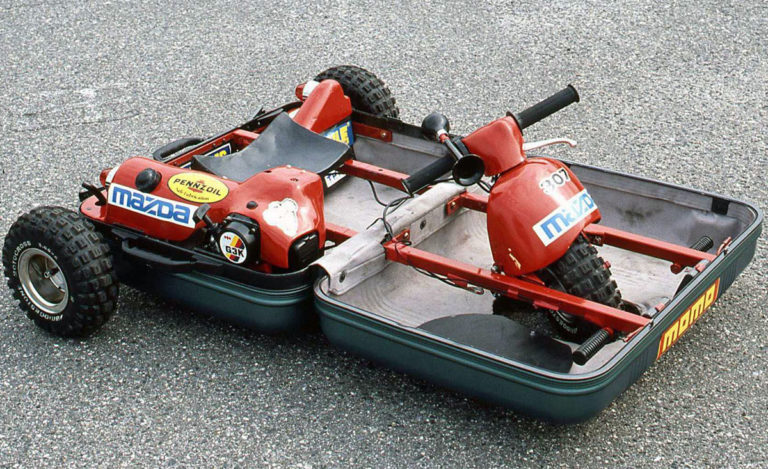 In 1991, Mazda hosted a “Fantasyard” event in which it challenged employees to “come up with the most innovative and creative solution to producing a ‘moving machine’.”

The winning design of the competition was a blueprint of a suitcase that could be transformed into a three-wheeled mode of transportation in one minute.

While the moving machine didn’t have an official name, the group of seven engineers from the transmission testing and research department that came up with the idea affectionately called it the “suitcase car”.

Hot on the heels of the release of the first-generation MX-5, as well as the first and only Le Mans victory with its rotary engine, Mazda felt confident enough to give the engineers a budget to bring their blueprint to life. 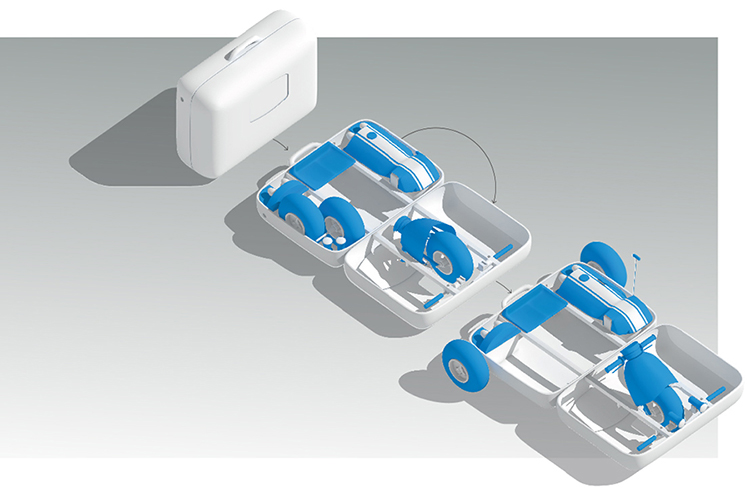 The engineers got to work by buying the largest Samsonite suitcase they could find, measuring 57cm by 75cm, along with a Pocket Bike motorbike.

A small frame was built to act as the chassis for the “car” when the suitcase was open, and the Pocket Bike’s 33.6cc engine was fitted, quite unexpectedly, right below the handle in the upper section of the suitcase.

This left the rest of the interior cavity open to store the tyres, handlebar, and seat when the suitcase was closed.

When open, the 15cm-diameter rear wheels could be slotted onto the outside edges of the suitcase, the seat attached above the rear axle, and the front wheel and handlebar unit stuck through a removable cutout in the lid of the suitcase.

It even had a small, hand-operated air horn to warn pedestrians of the incoming “car”. 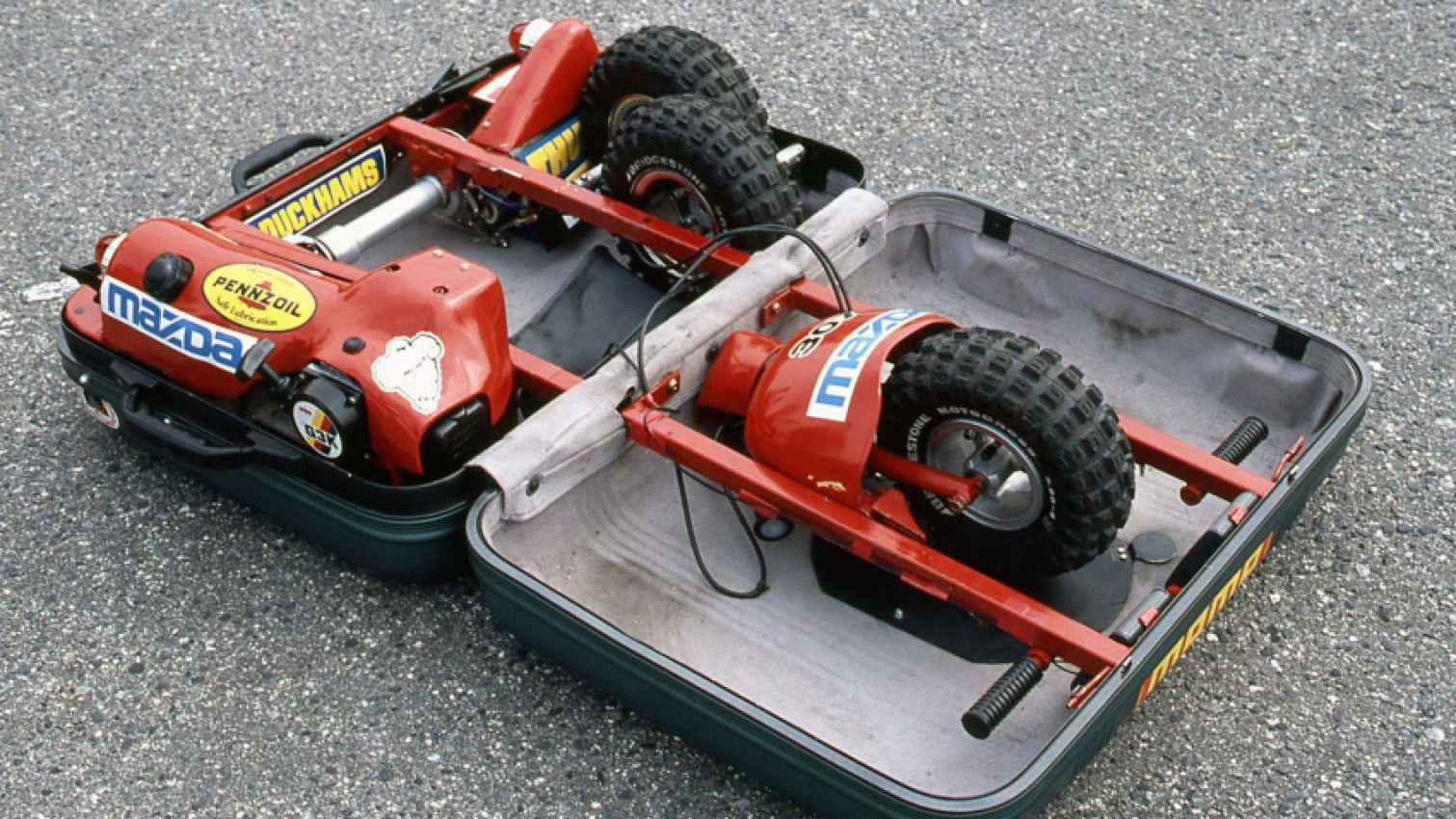 Thanks to the simplistic assembly process, the suitcase car took less than one minute to put together and the 1.3kW Pocket Bike engine made a top speed of 30km/h achievable.

The suitcase car inevitably weighed more than what you would like your airport luggage to weigh, however, coming in at 32kg.

Mass production of the suitcase car was also never the plan for Mazda, and thus only three examples were produced.

A European version was showcased at the 1991 Frankfurt International Motor show, while a US version served as a marketing tool for the company – and even made its way onto the Oprah Winfrey show.

Sadly, only the US model remains, as the original was “accidentally destroyed just a few months after the Fantasyard event”, while the European replica disappeared without a trace.

Mazda claims the remaining version still works as well as it did the day it was built. 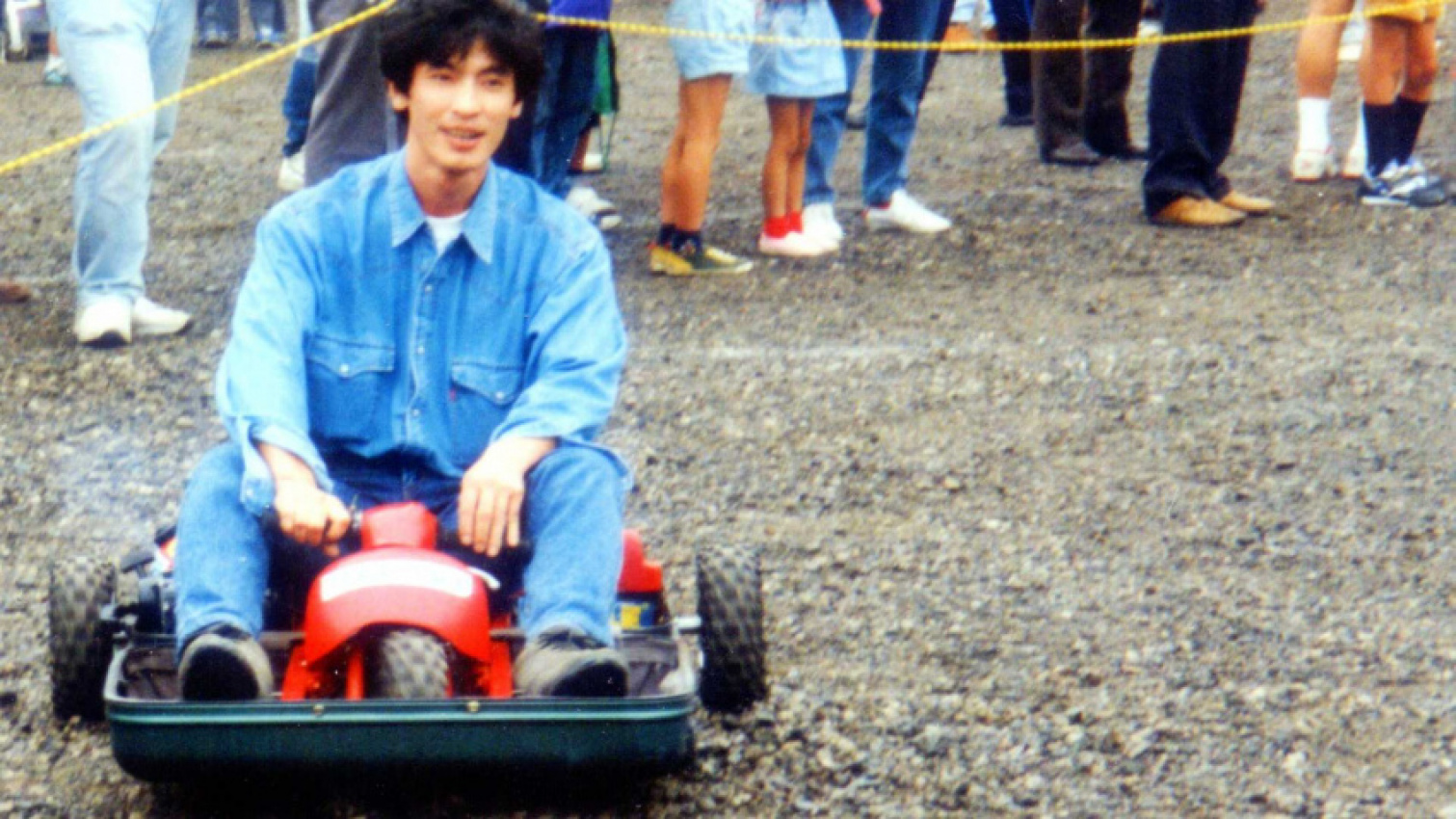