We also catch up on listener emails, comments, and we share what we're thankful for in the automotive realm. 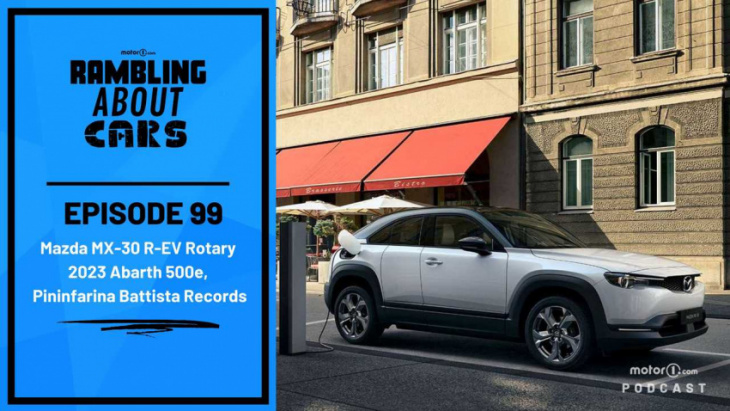 It’s Thanksgiving weekend in the United States, and fans of Mazda rotary engines might have something new to be thankful for. That’s the headlining news item for this week’s Rambling About Cars podcast, but it’s not the only news from Mazda.

We learned that Mazda will soon debut a new version of its all-electric MX-30 crossover, called the MX-30 R-EV. In this case, the R stands for rotary, as in a rotary engine. It won’t power the MX-30 directly, however. It will be used only as a generator to charge the EV’s battery pack. Details on the engine or its benefits to the MX-30 are unknown at this time, but that will change when Mazda holds an official reveal in January.

In the meantime, Mazda teased an EV sports car called the Vision Study Concept that could preview a future MX-5. No information was offered, as the teaser was part of a video at the end of a 30-minute presentation on the automaker’s electric future.

In short, Mazda is moving towards electrification. But don’t expect anything significant to happen until 2028. 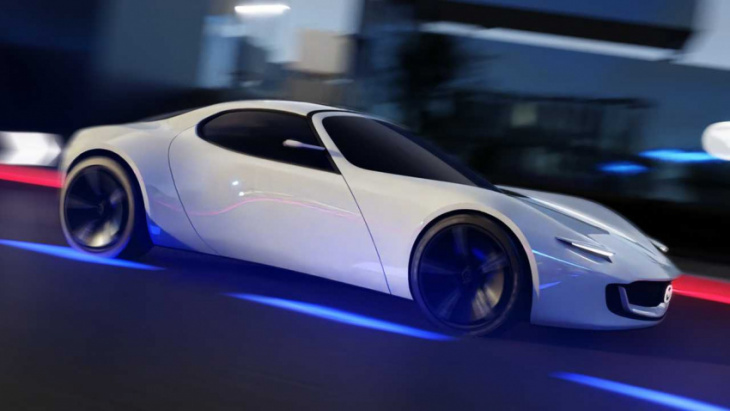 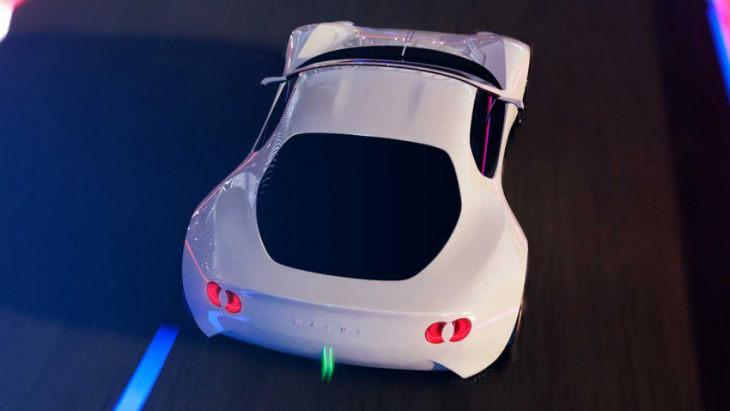 Meanwhile, Abarth is making electric things happen right now with the new 500e, juiced up a bit from the electric Fiat 500 on which it’s based. And Pininfarina is really making things happen with its wild 1,900-horsepower Battista. Official performance stats were released, and Pininfarina says it’s the fastest-accelerating production car in the world with a 0-60 mph time of 1.79 seconds. Should you need to slow down, it’s also the best production EV for braking, pulling up from 62 to a stop in 102 feet.

Bruce and Smith then catch up on emails and listener comments, and since it’s Thanksgiving in America, the duo share some of the things their thankful for in the wonderful world of cars. It’s a special segment that might surprise you, so be sure to stick around until the end of the show.

What are you thankful for, Ramblers? Do 0-60 times in under two seconds really matter? Is Mazda showing up way too late to the EV party, and does a range-extending rotary even make sense? You know what to do: comment on this article below, comment on our YouTube page, or send us an email: podcast@motor.com

Special guests are on the way! In the coming weeks, we are going to have some special episodes with new guests, returning guests, and all kinds of great content with the second annual Motor1.com Star Awards. Get ready to send 2022 out with a bang.