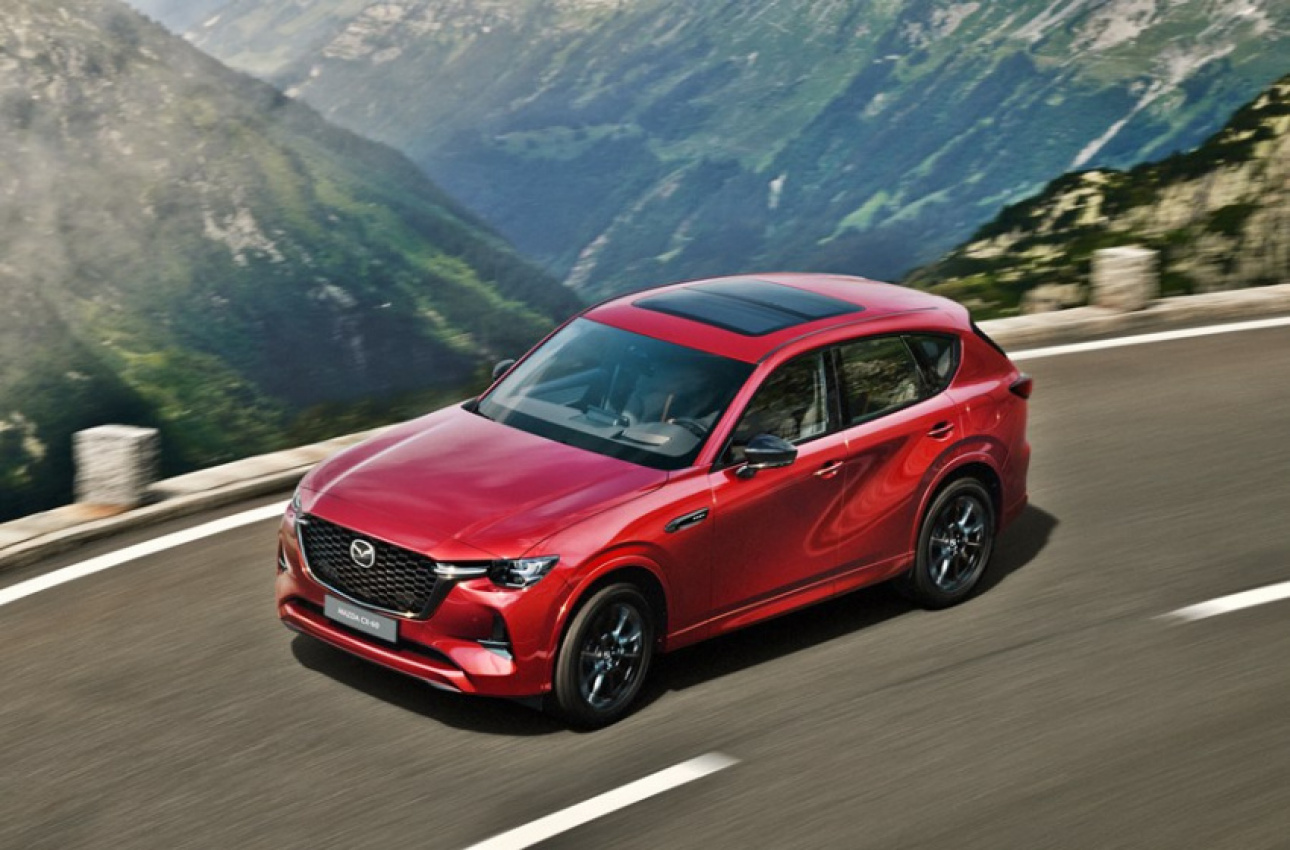 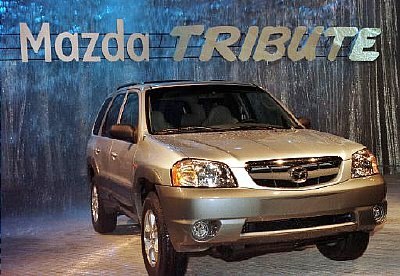 which was jointly developed with Ford’s first Escape) started off with single-digit numbers – CX-3, CX-5, CX-7 and CX-9 (the CX-30 being an exception) – and last year, the carmaker announced that its new generation of SUVs would have double-digit designations. And these would be more premium, in line with Mazda’s aspirations to move further upmarket.

We were told that from 2021 to 2024, there will be no less than 5 new SUV models and their designations were even revealed: CX-50, CX-60, CX-70 and CX-90. The CX-50, not intended as an immediate replacement for the CX-5, appeared last November and is intended primarily for the North American market where it is now being built as well.

Now comes the CX-60 which is Mazda’s first plug-in hybrid electric vehicle (PHEV) and aimed largely at Europe. It’s not the company’s first hybrid as there has been a Mazda3 with a 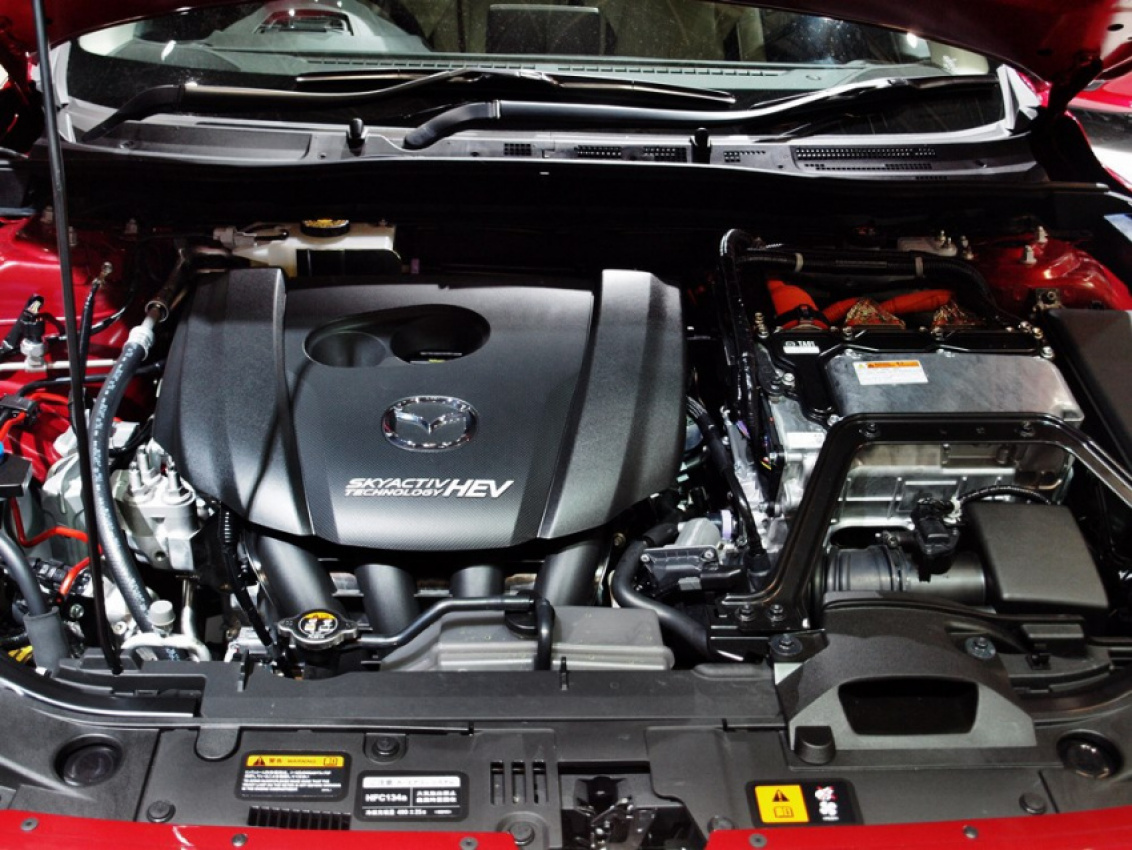 sold in Japan for many years. That hybrid drew on Toyota’s hybrid technology and with the association deepening in recent times, it is likely that this new PHEV may have been developed with some of Toyota’s long experience. 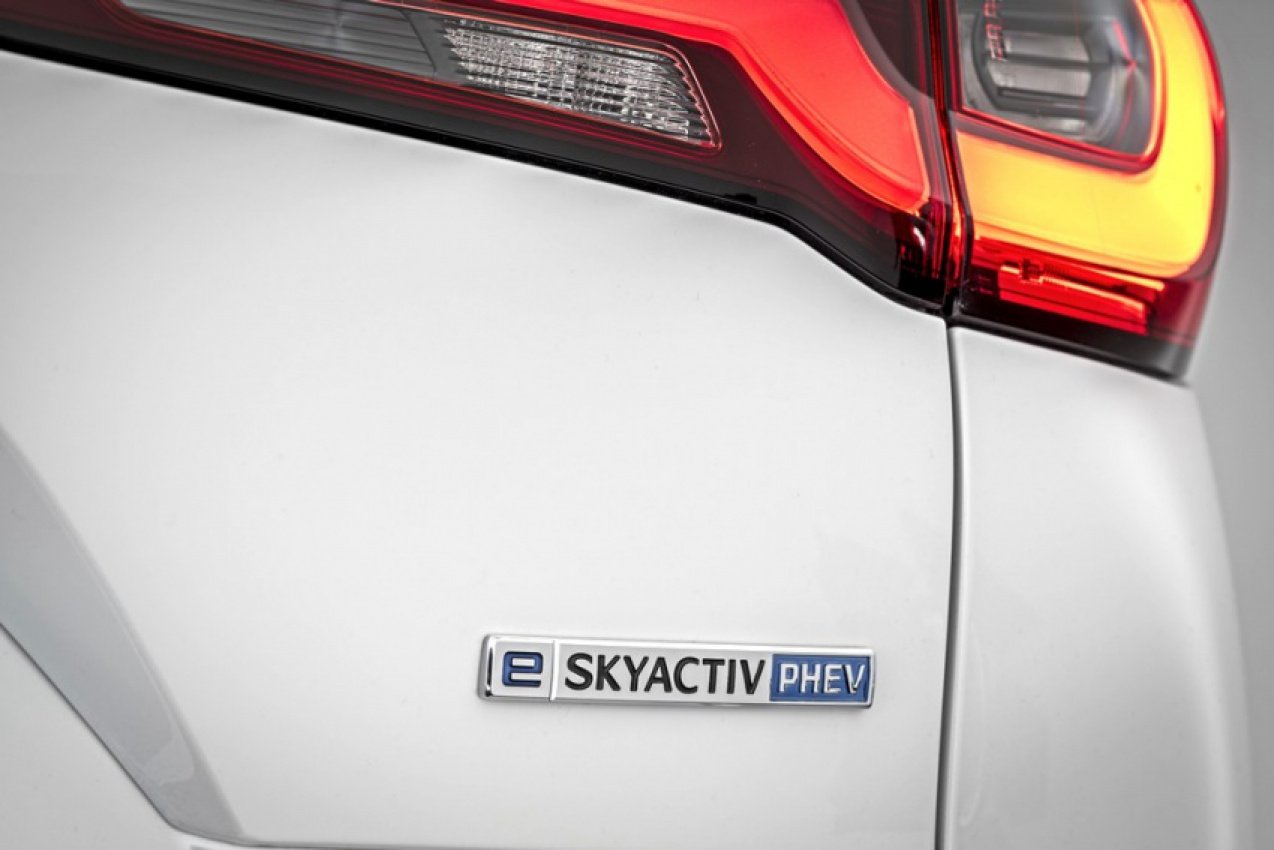 Most powerful Mazda production model to date
The PHEV powertrain has a SKYACTIV 2.5-litre petrol engine and a 100 kW electric motor powered by a 17.8 kWh high-capacity battery pack. With an output of 327 ps/500 Nm, it is the most powerful powertrain Mazda has offered in a production vehicle for sale to the public. Claimed 0 to 100 km/h performance is 5.8 seconds, with a range of up to 68 kms on just electricity in city driving conditions.

Later, the CX-60 will also be available with two new engines for the PHEV powertrain – a new generation straight-six 3-litre e-SKYACTIV X petrol unit and a 3.3-litre SKYACTIV-D diesel. Together with the new engines and 48V technology, Mazda will also introduce a RWD version of the SUV. A bigger 3-row model, the CX-80, will be added to the range within the next two years. 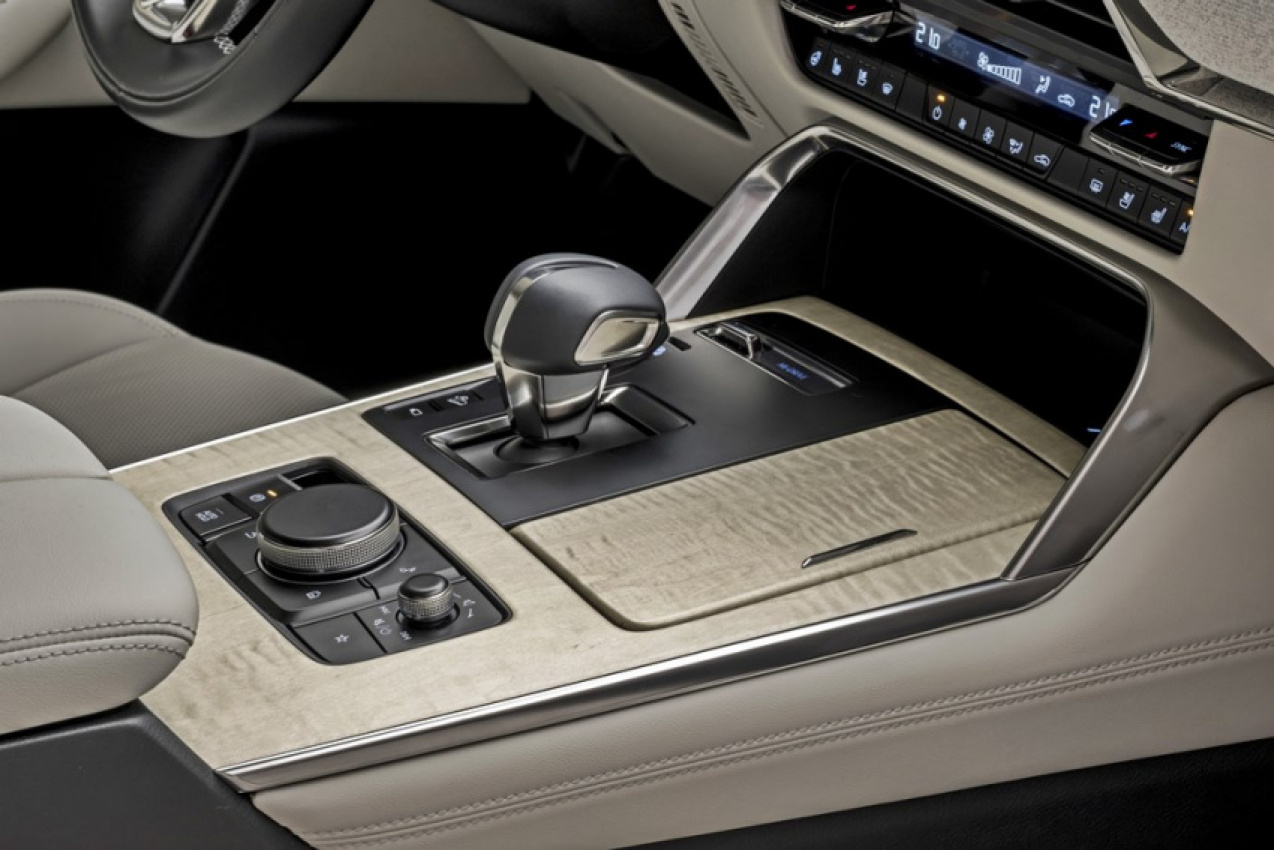 With its emphasis on jinba-ittai (the unity between a horse and its rider) for all its models. It would be surprising to find the CX-60 also having impressive vehicle dynamics. Compatible with the CX-60’s longitudinal front-engine rear-wheel drive mechanical layout, Mazda’s SKYACTIV Scalable Architecture is matched to high bodyshell rigidity and a double wishbone front and multi-link rear suspension set-up.

Additionally, the CX-60 also has Mazda’s Kinetic Posture Control technology which further stabilises vehicle posture when cornering by braking the inside rear wheel to mitigate roll and the draw the car body downwards, while positioning the high-voltage battery between the front and rear axles and as low as possible, further helps the CX-60’s centre of gravity and stability. This is probably an evolution of the G-Vectoring Control (GVC) chassis technologies developed some years back and used in many models today. 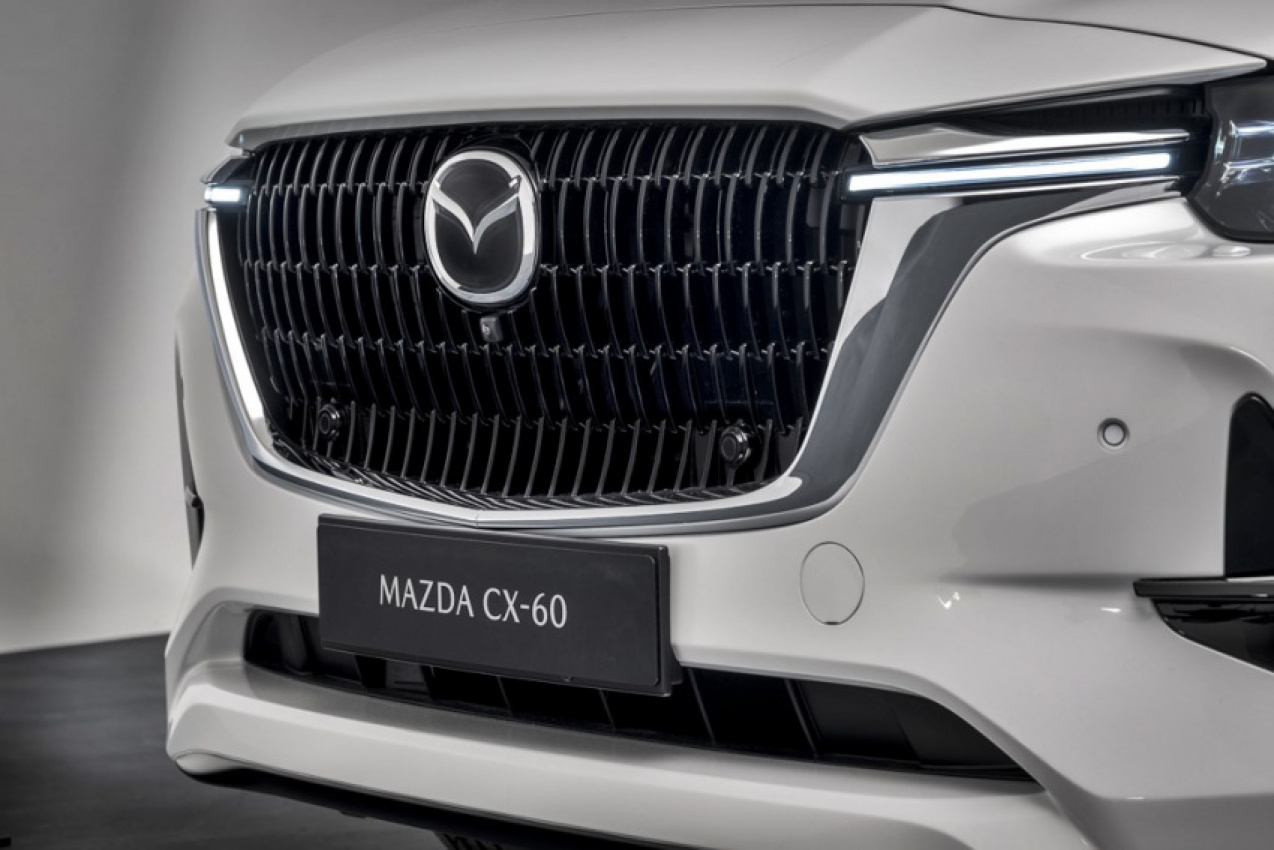 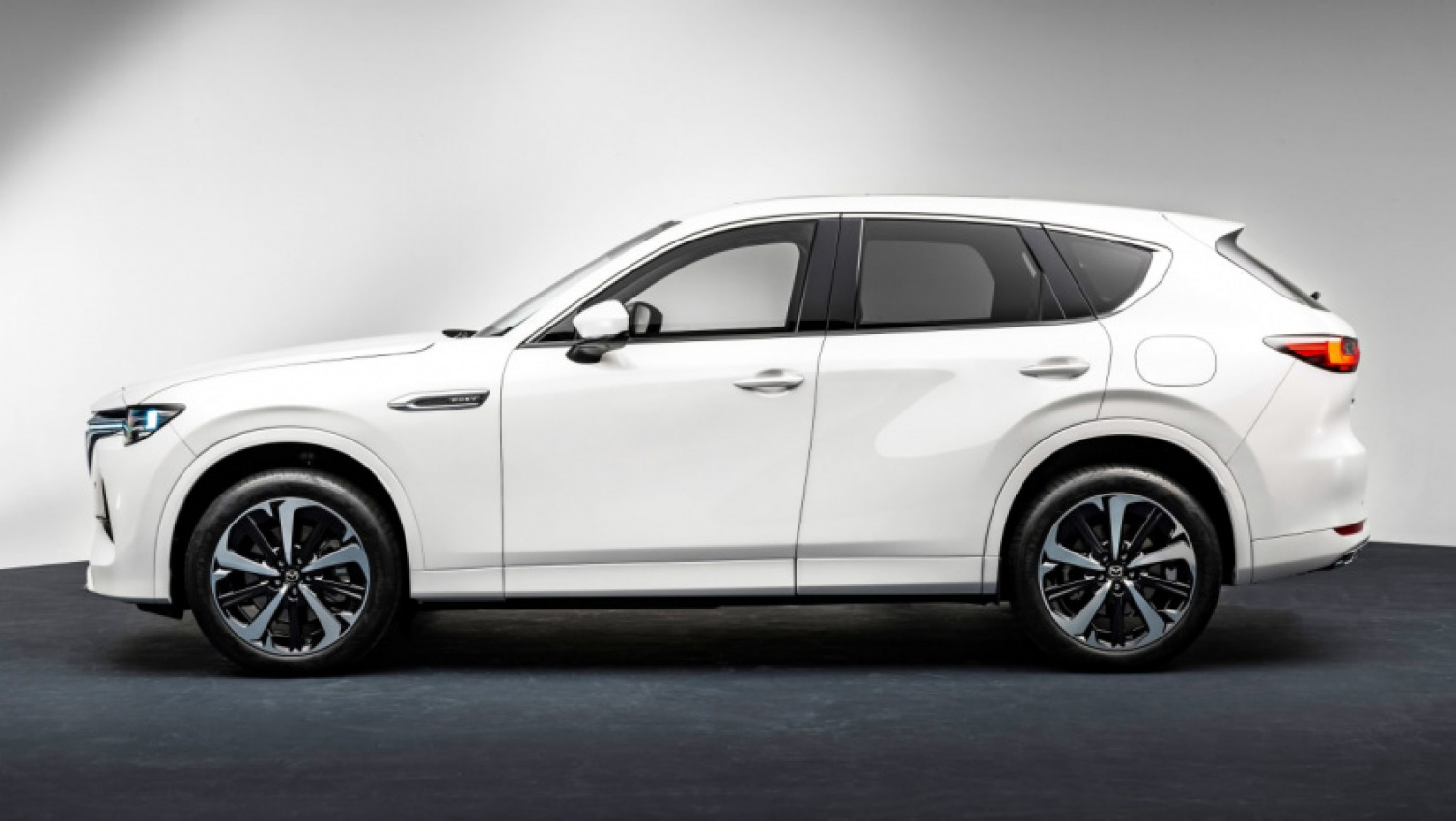 KODO design maintained
The appearance of the CX-60 seems to have a bit of the CX-5, which is not unusual since the KODO design language is still  being used. The grille has the familiar shape seen on other Mazdas but differs in detailing, while the body surfacing is masterfully done to exploit the flow of light across the body.

Besides design, Mazdas has always given craftsmanship a top priority in its products and for the CX-60, the very highest standards of craftmanship combined with new technologies and human-centric ergonomics to deliver a premium interior rooted in Japanese heritage. 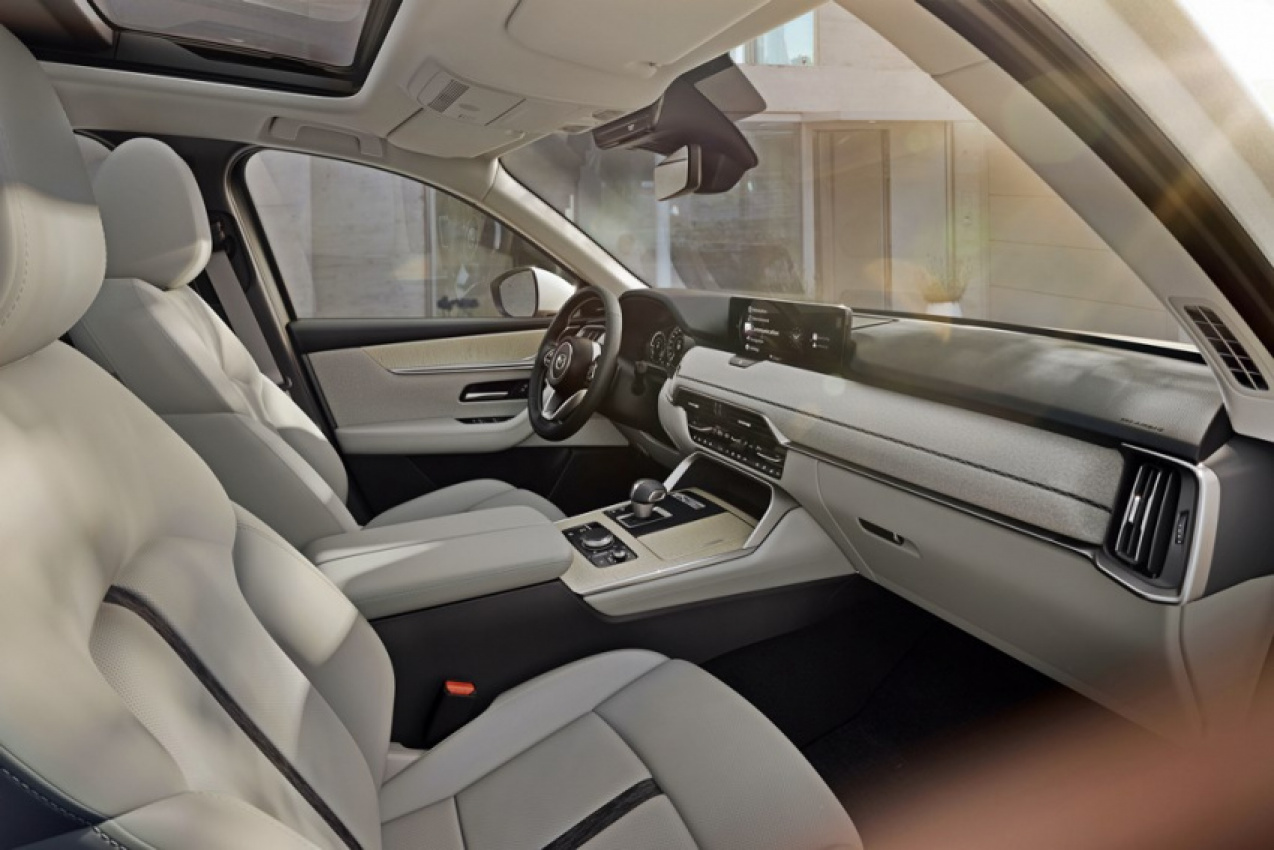 The elegant, premium quality interior design introduces the ideas of Kaichou – an element of disruption which mixes different materials and textures. With the flagship Takumi version, materials such as maple wood, nappa leather combine with uniquely worked Japanese textiles and chrome details, and Musubu – the art of binding which was the inspiration for a specially detailed instrument panel stitching. 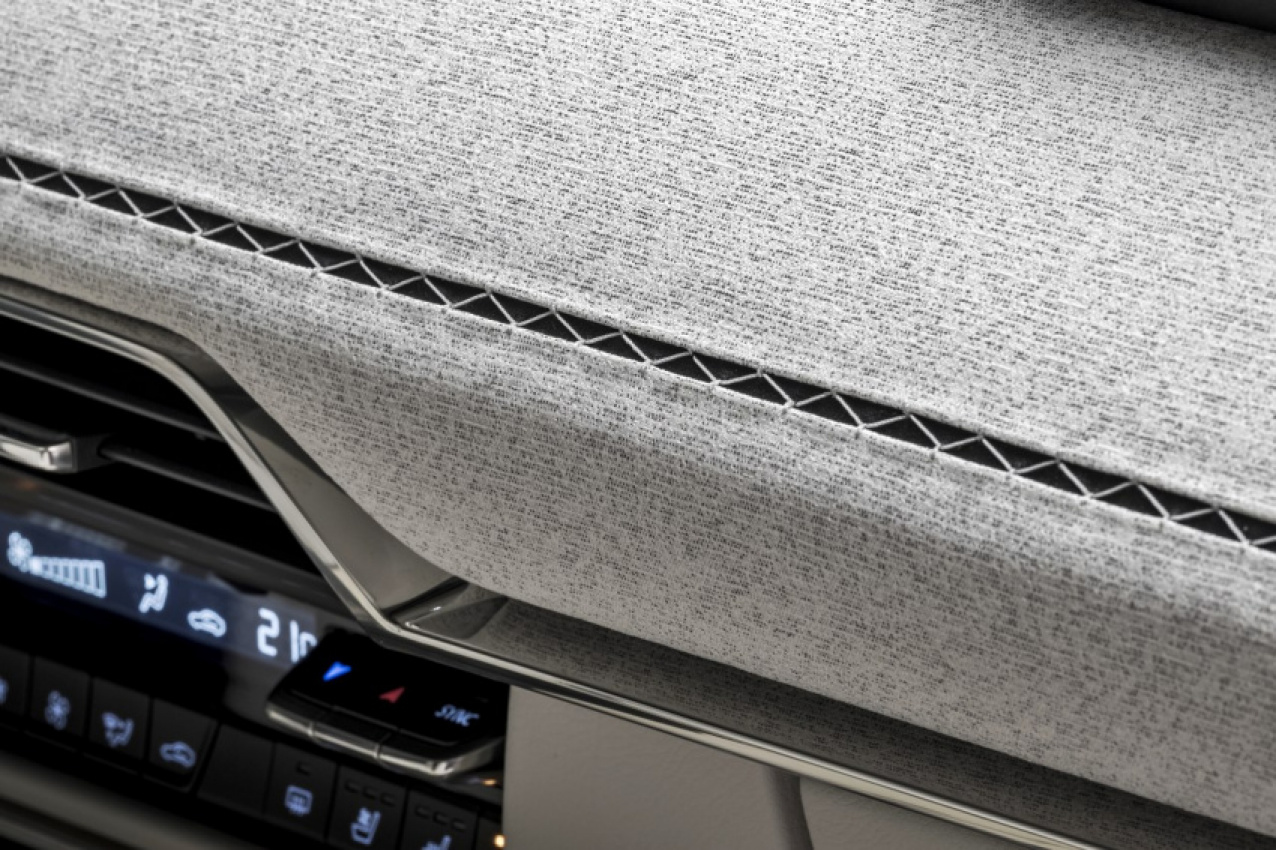 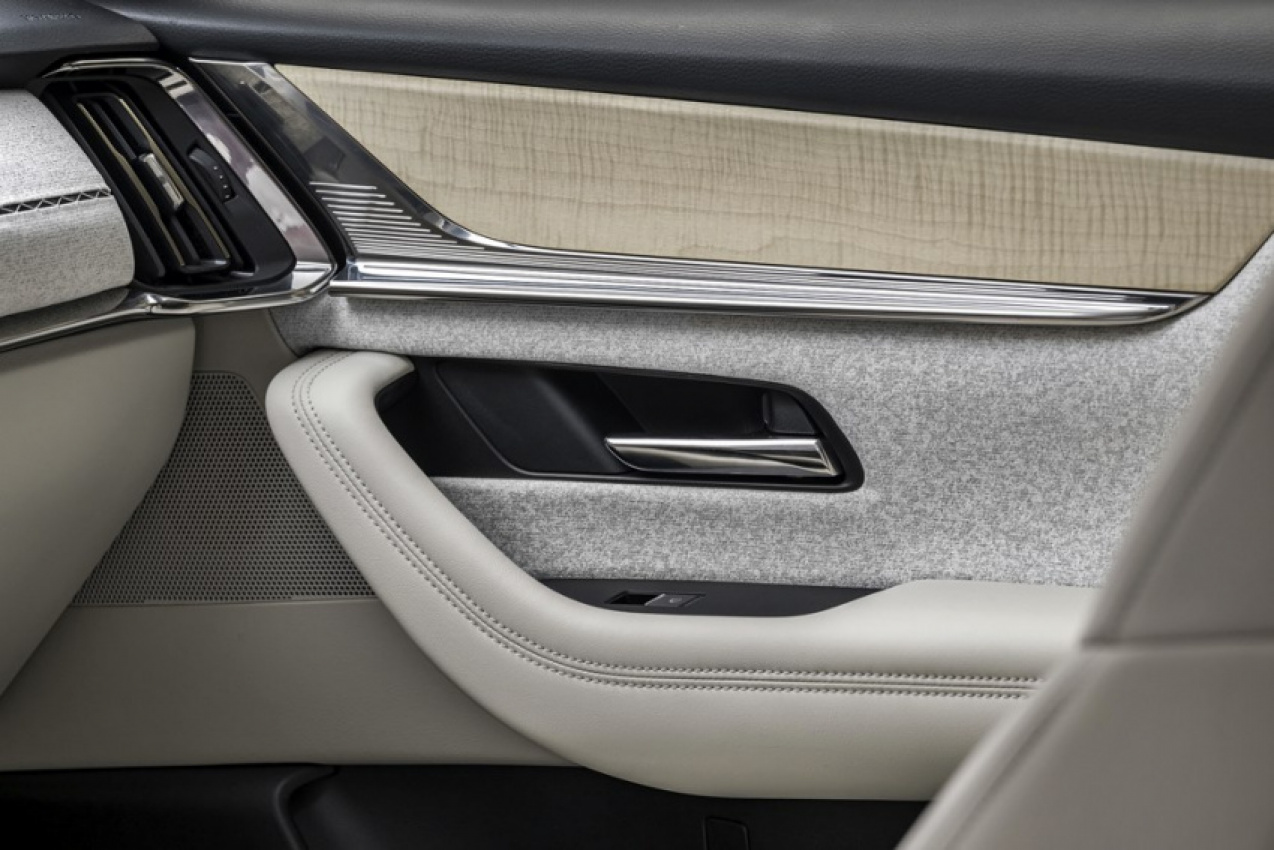 The treatment of the maple wood trim reflects the Japanese aesthetic of Hacho – asymmetrical balance, or intentional unevenness. The woven fabrics’ diverse patterns and yarns respond sensitively to changes in light, and a Japanese stitching technique called Kakenui creates ‘hanging stitching’ seams with spaces between the trim fabrics revealing a glimpse of the material beneath.

An innovative feature for some variants is the Mazda Driver Personalisation System> This can  recognise the occupant of the driver’s seat via facial recognition and automatically make adjustments – seat position, steering wheel, mirrors, Head-up Display, even the sound and climate control settings – to fit their physique as well as their personal preferences. Whether this is a practical approach remains to be seen as there are some people who have unusual ways of sitting! 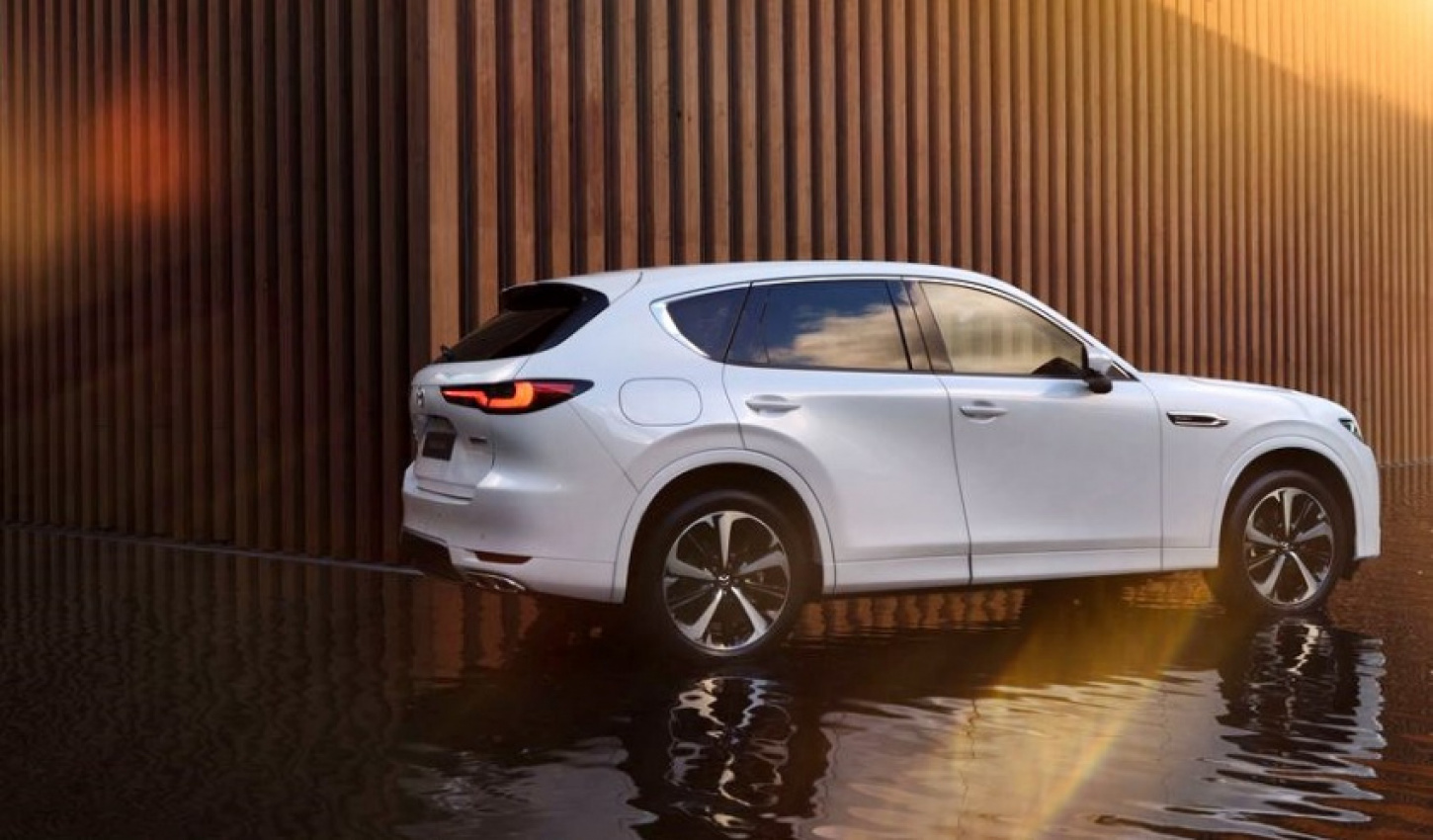 How will Mazda’s CX range evolve?
How the Mazda range will look by the end of the decade can’t be determined yet. The company has often said that it wants to move upmarket and has progressively given its products a noticeably more premium image. Having the new double-digit range of more premium models sold together with the existing single-digit models may be a way to see whether they can move into – and stay – in the upper level of the market.

But for sure, they will eventually rationalise their range one way or another because, as one senior executive explained some years ago, Mazda is not very big and its volumes do not allow it to have too much variety. It has been careful to choose models and segments to compete in, avoiding fragmentation that is inefficient. And it has done that well so far… 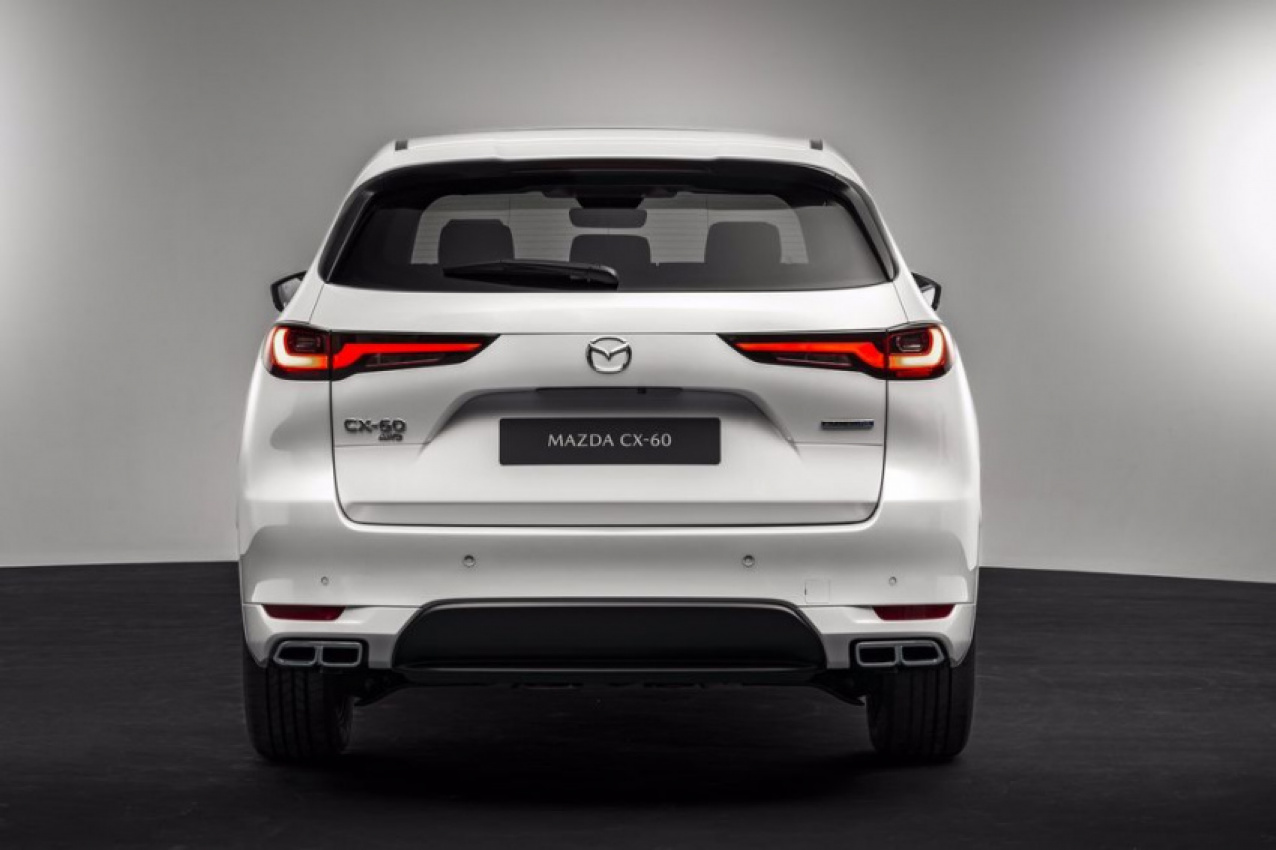 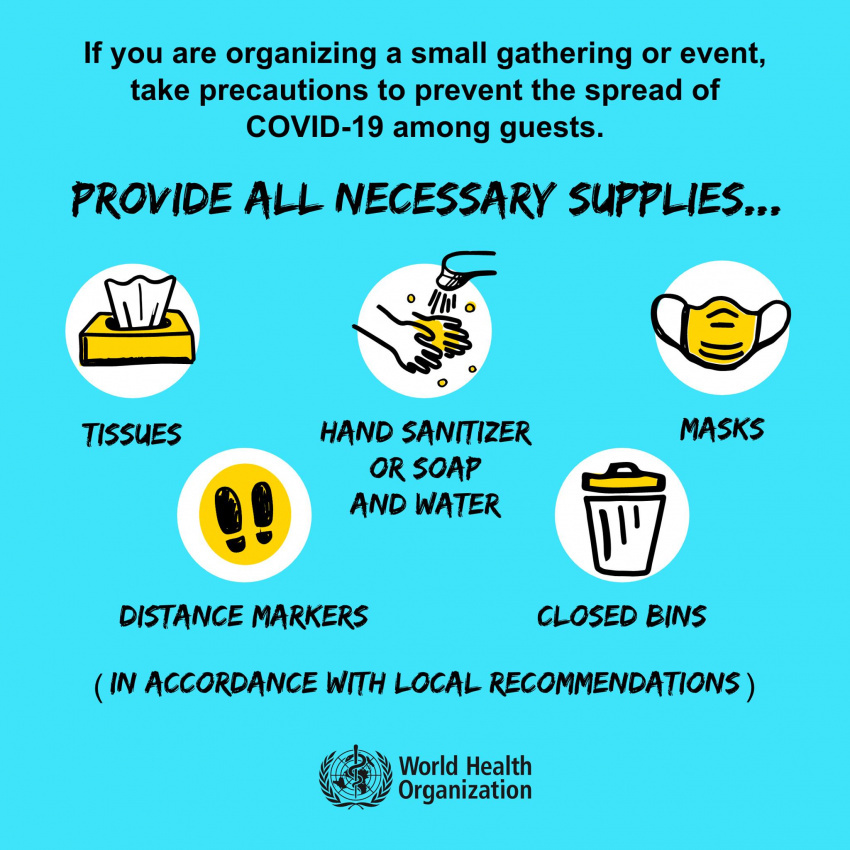