He won the race while starting from P14 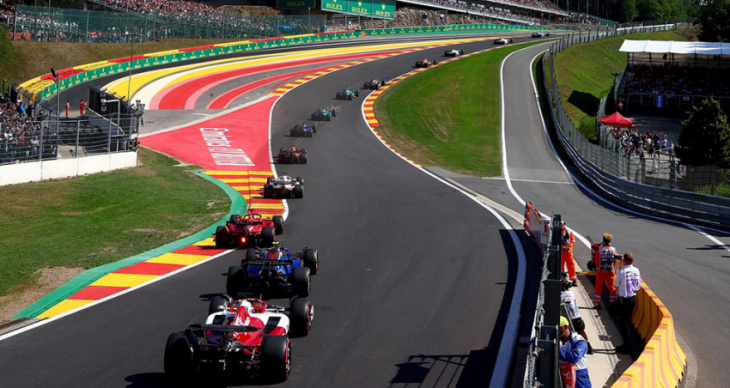 Eau Rouge and Radillion are some of the most iconic corners in Formula 1. PHOTO FROM FORMULA 1

Before the 2022 Belgian Grand Prix even began, several drivers had been sent to the back of the grid due to power unit penalties, including championship rivals Max Verstappen (Red Bull) in P14 and Charles Leclerc (Ferrari) in P15.

This left Carlos Sainz (Ferrari) on pole with Sergio Perez (Red Bull) in P2 along with Fernando Alonso (Alpine) and Lewis Hamilton (Mercedes) in P3 and P4, respectively. 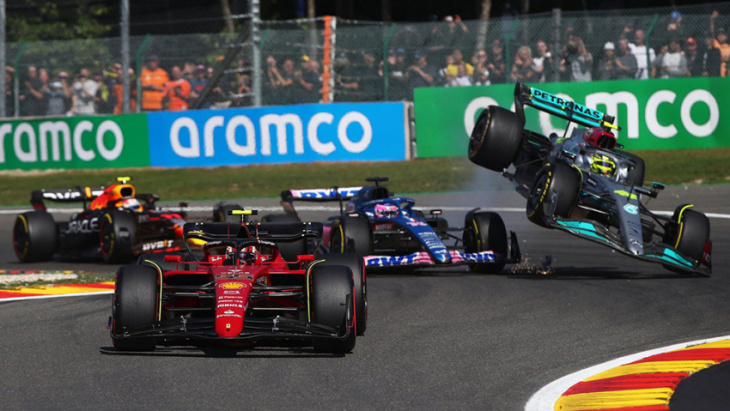 Fernando Alonso was right when he said: 'All the time you have to leave a space!' PHOTO FROM FORMULA 1

With 44 laps of racing, Sainz had a good start while Perez dropped to P5 after the first corner. Not long after, Hamilton squeezed Alonso too tight resulting in contact, which led to the former’s retirement. 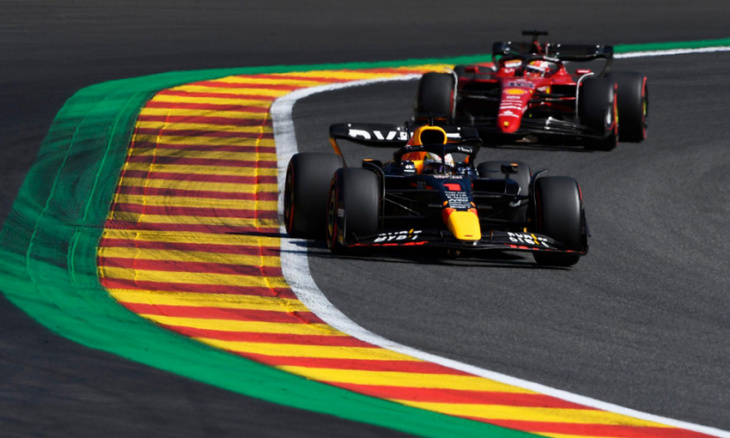 Ferrari was powerless against Red Bull. PHOTO FROM FORMULA 1

Leclerc had to pit early on Lap 4 due to a visor tear-off blocking his brake duct. Meanwhile, Verstappen charged through the field, taking the lead by Lap 12.

Although Leclerc went as high as P4, his pace was no match for George Russell (Mercedes) who took the place from him on Lap 16. Similarly, Perez overtook Sainz for second on Lap 21. 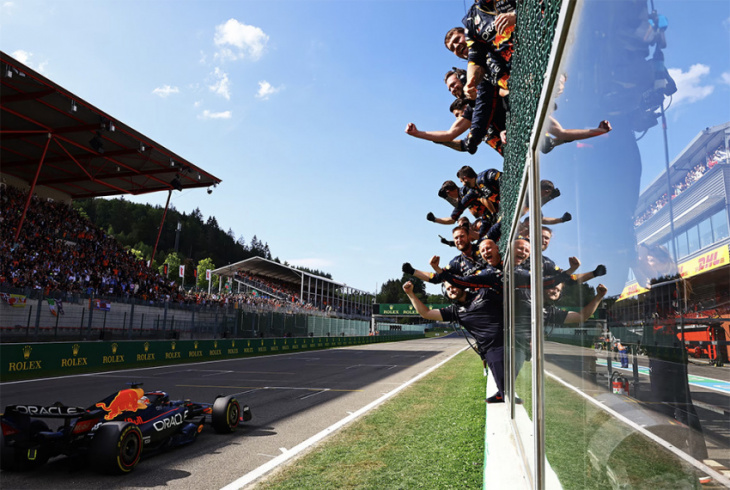 Max Verstappen won from P10 in Hungary, and he wins again in Belgium—this time from P14. PHOTO FROM RED BULL

Accepting that Leclerc would finish P5 at best, Ferrari pitted him on Lap 43 for soft tires to snatch the point for the fastest lap away from Verstappen.

However, things went downhill for Leclerc since not only did Alonso overtake him on the out lap, but he was unable to take the fastest lap and was also handed a five-second penalty for speeding in the pit lane.

In the end, Leclerc lost a place dropping from P5 to P6, while Red Bull had another 1-2 finish with a dominant victory for Verstappen.