A successor will be named in the new year. 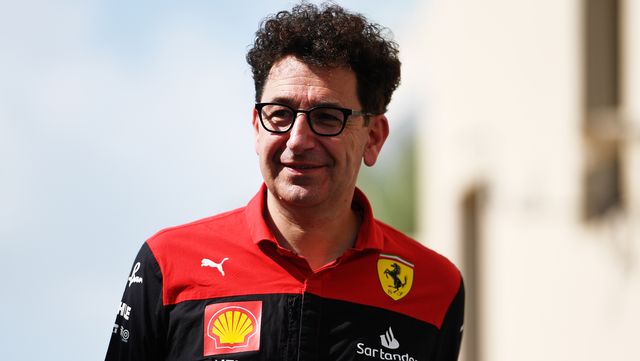 After weeks of speculation and denial, Ferrari has confirmed the expected. Mattia Binotto is out as team principal of the Formula 1 team, after a tough season with the Scuderia. the team announced Tuesday.

“With the regret that this entails, I have decided to conclude my collaboration with Ferrari,” Binotto said in a statement. “I am leaving a company that I love, which I have been part of for 28 years, with the serenity that comes from the conviction that I have made every effort to achieve the objectives set. I leave a united and growing team. A strong team, ready, I’m sure, to achieve the highest goals, to which I wish all the best for the future.”

Ferrari had an extremely strong start to 2022. Its car was one of the best it had built in a long time, and it racked up a handful of wins early in the season. Its title bid quickly unraveled, though, with strategy errors, reliability issues, and a lack of development compared with Red Bull. By the halfway point in the season, championships for Max Verstappen and Red Bull seemed like an inevitability. After the checkered flag was waved in Abu Dhabi, Ferrari was 205 points behind Red Bull in constructor’s standings, and Charles Leclerc was 146 points behind Verstappen, and just three points ahead of Red Bull’s Sergio Perez.

Binotto became team principal of Ferrari in 2019, and his tenure was marked by high highs and low lows. That year saw Ferrari mount a strong challenge to Mercedes, highlighted by a memorable Italian Grand Prix victory by Charles Leclerc, but in 2020, it was kneecapped by a settlement with the FIA, believed to be over a rule-breaking engine. It finished sixth in the constructor’s, its worst in years, but rebounded to third in 2021. This year, it seemed, would be the year that Ferrari returned to the top, but its runner-up status belies serious issues at the team. Ferrari posted no wins in the last 11 races of the season, and even Mercedes, which was nowhere in the early stages of 2022, looked like it could steal second in the constructor’s.

With Red Bull in rare form and Mercedes looking promising for 2023, Ferrari needs to get its act together quickly. Alfa Romeo team principal Fred Vasseur was rumored to take Binotto’s post, and still seems to be the frontrunner for the job.

For all of his failings, however, Binotto did well by Ferrari. The early strength of its 2022 car shows there is a strong engineering base at the company—it just needs to execute throughout the season.