There’s still lots of detail to come, but Maserati’s new GranTurismo is now out in the open 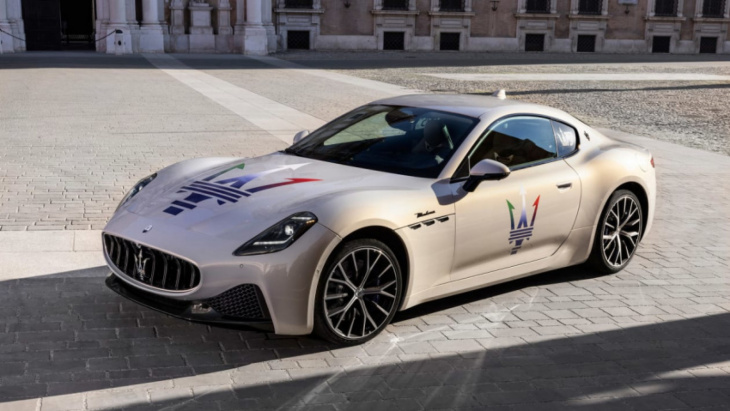 You’re looking at the new Maserati GranTurismo, the quintessentially Italian grand tourer that’ll go back into production next year after a five-year hiatus. It’ll come in two additional forms to the petrol-powered coupe you see here, including an all-electric Folgore, and later an open-top GranCabrio.

For now, though, we’re looking at the petrol-powered coupe, and while there’s still lots of technical information to be revealed, we now have a clear idea of what’s to come when it hits the road next year.

As these new images reveal, the GranTurismo’s form will not substantially change, but the powertrains will be quite different to before, moving on from the naturally-aspirated V8 engine utilised before and instead employing Maserati’s new ‘Nettuno’ twin-turbocharged V6 engine first debuted in the MC20. Final figures are yet to be announced, but we expect that it’ll have a minimum of 523bhp (the spec utilised on the Grecale Trofeo SUV), if not quite the same 621bhp figure as the fire-breathing MC20 supercar. 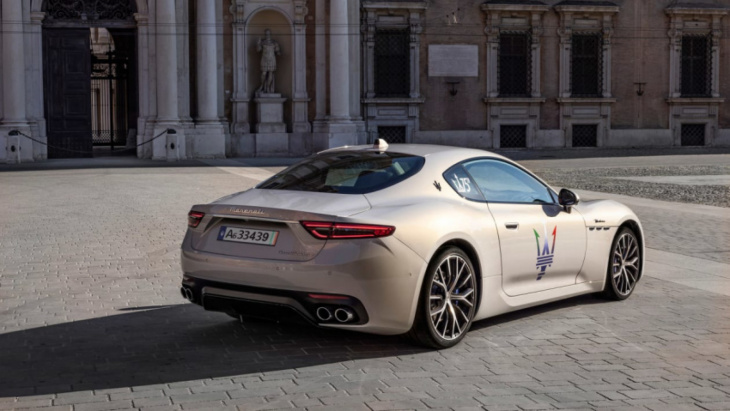 This will give the new GranTurismo significantly more power than its predecessor, and thanks to its two turbochargers, a bigger torque figure too. The twin-turbocharged V8 engine currently found in other Trofeo models including the Levante, Ghibli and Quattroporte will not be fitted, as that Ferrari-derived unit won’t be in production for too much longer as it’s a relic of Maserati’s once-close ties to its Modenese neighbours.

Along with other Maserati models in the range, an eight-speed automatic transmission will likely be paired to the V6 engine, with power going to the rear wheels. It’s not known whether Maserati will offer a potential all-wheel drive option. 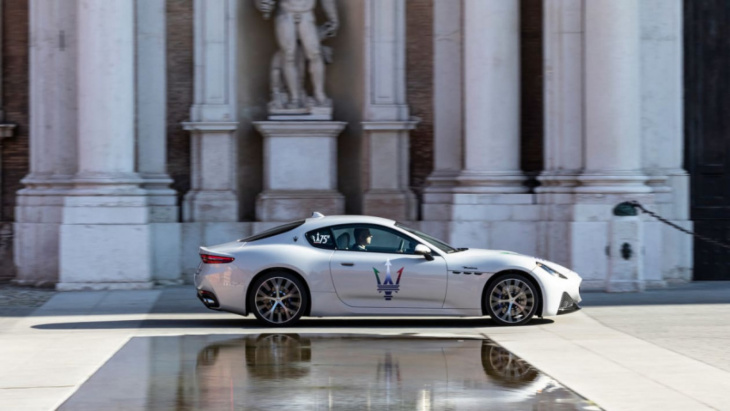 What we can comment on now is its look, which is clearly based on the previous model’s Pininfarina design. Clearly designed to appeal to traditional GT buyers, the cab-rear body is just as voluptuous as before, but comes with sharper detailing and thinner lighting. The nose, particularly, draws a line between the old GranTurismo and the new MC20, with upright headlights that flank a typical Maserati oval grill with concave slats.

This familiar skin is wrapped over a new aluminium chassis that’s been designed to support both the Trofeo’s V6 engine and the Folgore’s EV powertrain. With such a long bonnet, the V6 engine should sit well behind the front axle line, making the GranTurismo in effect front-mid-engined. The previous GranTurismo featured a double-wishbone front and multi-link rear suspension design, a layout expected to be carried across here.

More details as to the car’s technical makeup and chassis innovations will be along shortly, but for now we can take solace that the traditional Italian GT is back, only this time with far more variety than before.