Maruti Suzuki's Sonipat factory to be its largest 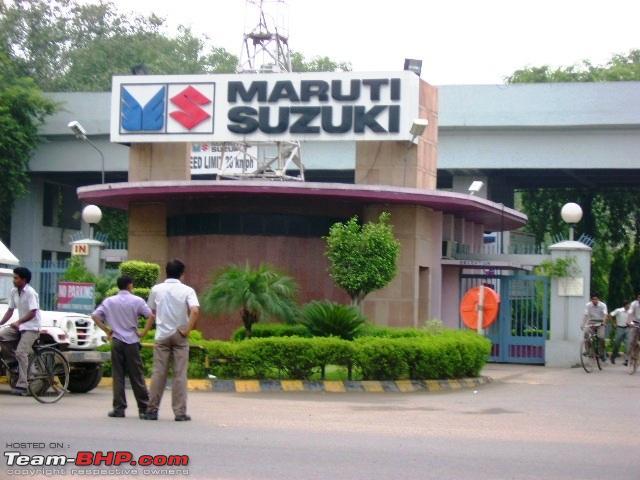 A fourth assembly line could be installed at Sonipat to expand capacity to about a million units.

Maruti Suzuki plans to shift its manufacturing base from Gurgaon to Sonipat in Haryana. The new facility will be the brand’s largest in India.

According to R C Bhargava, Chairman, Maruti Suzuki, construction of the Sonipat unit will begin soon. The first assembly line is expected to be commissioned within three years.

Maruti Suzuki is investing Rs. 18,000 crore in the Sonipat unit. At present, there are 3 assembly lines each operational at the Gurgaon and Manesar facilities with a combined production capacity of 1.5 million units. However, there is no space for further expansion. A fourth assembly line could be installed at Sonipat to expand capacity to about a million units.

The area around the Gurgaon factory is now getting crowded with too many residential buildings being built in the vicinity. It hampers the movement of heavy vehicles causing congestion in the city. This has prompted the company to move out of the heavily urbanized area.

Keyword: Maruti Suzuki's Sonipat factory to be its largest

Rins: ‘This victory showed the world Suzuki can still win’

This Is A Suzuki GSX-R1000-Powered Drone, Developed In Part By Kunio Arase

The 2023 Suzuki V-Strom 250 Storms Into The Philippines

This topless SUV is not from the Chinese brand Tank, but a heavily modified Suzuki Jimny by a Chinese media

The Maruti Brezza in this ZXi Plus 1.5 AT (dual tone) guise has been with me for a month now and in that time I have managed to clock over 1000km, all of it driving in the city. Potholes, metro work, diversions and unruly two-wheeler users have all been ...

Which newcomer will rise through the adventure bike ranks?

The Suzuki Jimny has been a resounding success for the Japanese brand, and with the recent availability of stock, there are more Jimnys in the local market than ever. Which trim depreciates most within the line-up, though? Those looking for a capable, affordable, frugal and reliable off-road vehicle need look ...

Image: Suzuki The Toyota Urban Cruiser may not be available for much longer in its current form while Suzuki will continue to capitalise in the affordable SUV market with their Vitara Brezza alternative for the duration of 2023. All details here. Image: Suzuki Where do Toyota and Suzuki’s best-selling ...

Suzuki Philippines moves to speed up its dealership expansion in Isabela province to offer Filipinos quality products and services. Making its vehicles and services accessible to more Filipinos, the Japanese car brand has officiated the ground breaking of a new location for Suzuki Auto Isabela 3S—a complete Sales, Service, ...

Can rider Alex Rins save one 2022 unit for posterity?

Living With The Maruti Suzuki XL6

MPVs are arguably the second hottest segment of vehicles right now, with SUVs leading the pack. With the growing number of options in the market, it often becomes difficult to narrow down to a single choice. Well then, how does one make the best choice then when it comes ...

Suzuki V-Strom 650: An RE Continental GT owner shares his observations

Did a hill station ride on my Suzuki Gixxer SF 250: Key observations

Suzuki Jimny Convertible Exists In China And It's Awesome

Maruti Suzuki Brezza Vs Hyundai Venue: Battle of the Automatics

All Maruti Suzuki models to be E20 compatible by March 2023

Want a Suzuki Jimny? How About This EV Look-Alike

Suzuki to return to sales glory in 2022? Improving supply of Swift, Jimny and Vitara to revive small car brand

Suzuki Jimny tissue box! The perfect functional alternative for those who can't own the real car

A Suzuki Cappuccino With An Extra Shot