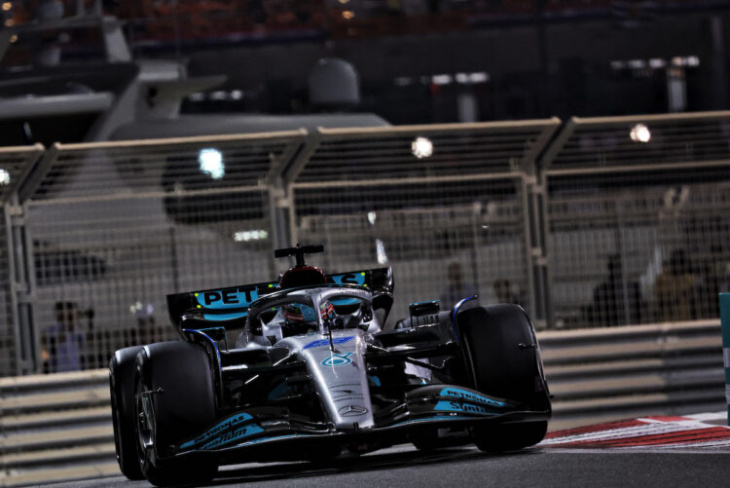 Red Bull advisor Dr Helmut Marko says he is expecting Mercedes to return to front-running competition during the 2023 Formula 1 season.

The Brackley-based squad endured a difficult 2022 campaign as it failed to consistently compete against Red Bull and Ferrari for race victories.

Its dip in performance came after several years of dominance in the turbo hybrid era.

After starting the 2022 season on the back foot, Mercedes gradually improved its form – however it had to wait until the second last round of the year in Brazil to break its winless streak.

Armstrong moves from F2 to IndyCar with Ganassi

It ended the season third in the Constructors’ Championship but was closing in on Ferrari as the year rounded out.

Marko believes that Mercedes will have a stronger overall package than Ferrari when the 2023 campaign gets underway.

“Ferrari is strong, but Mercedes will be stronger in the overall package. Especially with a driver like Lewis Hamilton. He’s still a top driver,” Marko told SportsBild.

“True, Ferrari also has a very good driver in Leclerc, but he still makes mistakes.”

As it finished below Red Bull and Ferrari in the standings, Mercedes will have more allocated time towards wind tunnel testing next year.

Red Bull will have the least in the field as it won the Constructors’ Championship, while it was also docked allocated time for breaching the 2021 budget cap.

However, Marko denies that it has put Red Bull in a difficult position.

“Mercedes has fought its way up to us over the year,” he said.

“They’re not on a par with us yet, but they have more wind tunnel time to develop the car.

Keyword: Marko backs Mercedes F1 to return to form in 2023