Many EVs still out of reach for most Aussies

On the money: Blue flag data shows the majority of new car sales in Australia are of models priced between $20,000 and $60,000.

The Melbourne-based company says its data was compiled based on communication with a range of companies from government agencies to international and leading automotive brands.

The current average annual salary of an Australian adult working full-time is listed at $86,246 (before tax) according to the Australian Bureau of Statistics.

There are seven new vehicle models currently available for less than $20,000 before on-road costs.

These numbers will diminish over time as an increasing percentage of importers move to offer new energy vehicles. Most indicate they will phase out the development of internal combustion engine (ICE) powered models entirely by the end of the decade or earlier.

Speaking to GoAuto this week, Blue Flag director and co-founder Matthew Farrell said that although the figures show a skew towards higher priced EVs, there are a number of factors that may alter the average price paid for a new electric vehicle between now and the middle of the decade.

“One of the reasons the data is skewed this way falls largely to the fact that premium brands confirm their new-model outlook further ahead than many of the mainstream brands,” Mr Farrell told GoAuto.

“But what we know we will see in the next three- to five years is the accelerated growth of some more affordable models, particularly from China, that will come on stream within that time frame.

“Before then, the continuation of ICE cars will mean the total industry volume should stay close to where it is currently. The percentage of EVs within that million sales figure is becoming greater, but I think the days of really affordable cars, say those below the $20,000 mark, are potentially a thing of the past.

“So, we think that is a really good indicator as to where ‘affordable’ EVs need to make an entrance to be adopted by the majority of new car buyers.”

Mr Farrell said state governments have introduced incentives aimed at driving the take up of battery electric vehicles, however there is a disparity between what each of the states and territories offer new EV buyers.

“We also need to consider the approach the ACT is taking. The CO2 mandate there – how it applies within different bands and the size of the vehicle – is something that could have a considerable impact on what kinds of new cars we buy were it to be adopted nationally.”

As states and territories including the ACT announce that they will phase out the sale of internal combustion powered models within by 2035, the potential for a class divide between thermal and electric powered vehicles is one that will create not only social division, but an aging and higher polluting car parc that would likely negate any changes made by a switch to electric cars.

Without significant changes to governmental support of new EV purchases – and with electricity prices expected to soar in the new calendar year – it is feared many Australian motorists will be left with little option but to continue driving older, conventionally powered models.

The issue has the potential to add to the average age of Australia’s vehicle fleet which at 10.1 years is already the oldest – and most heavily polluting – of any Western country on a per capita basis.

It is also likely that the lending criteria of banks favouring loans of new energy vehicles will further disadvantage Australian families with below-average wages.

Not only will these motorists be forced to continue to maintain older, higher polluting vehicles, they will also be deprived of the latest safety and drive assistance technology which will gradually be phased out of development of ICE powered cars.

The news comes as a double blow to motorists already faced with ballooning living costs and record transport costs.

Earlier this month, Australia’s peak motoring body, the Australian Automobile Association (AAA) said September is shaping up as a watershed month for cost-of-living pressures in Australia as the temporary cut to the fuel excise comes to an end.

Petrol prices are expected to return to more than $2 per litre this month, the AAA’s quarterly Transport Affordability Index showing a typical Australian household spends more than $100 on fuel each week ($100.54/week).

Average weekly cost of fuel per family in capital cities:

Average weekly cost of fuel per family in regional cities:

These costs, coupled with rising registration and insurance fees now place the average weekly cost of vehicle ownership in Australia’s capital cities at a record high of $412.21.

“Despite the temporary excise cut, fuel prices are rising and continue to be a significant contributor to cost of living pressures across both regional and metropolitan Australia,” said AAA managing director Michael Bradley.

“This is the first time the national weekly average spent on fuel has passed $100 since the index’s inception in 2016.

After declining in the previous quarter, car loan repayments have risen again due to higher vehicle prices and higher interest rates on loans.

In the June quarter, the typical Australian city household’s average annualised cost of transport increased by $581 to $21,435.

Toll road charges are also set to rise in line with standard indexing from April 1 (2023). 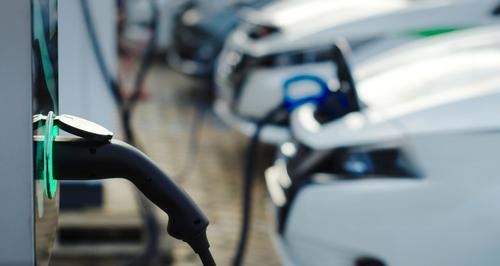 Keyword: Many EVs still out of reach for most Aussies