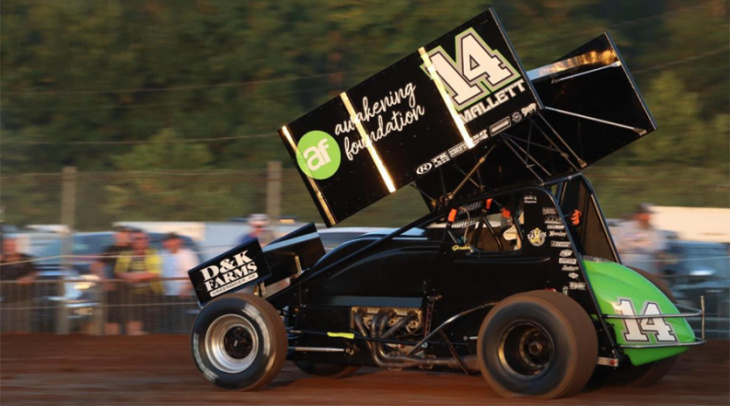 GREENBRIER, Ark. — Jordon Mallett enjoyed a four-win season that featured consistency as he finished inside the top five nearly 50 percent of the time and inside of the top ten during nearly two thirds of his starts.

Three of the victories came during USCS Series national competition, which was tied for the second-most wins. Mallett was also a winner with the ASCS Mid-South Region.

“I feel good about the season,” Mallett said. “Wins are good, but when I analyze the season I’m looking at the missed opportunities as the ones that got away and the reasons they got away. I’m looking at where could we have capitalized better. I feel like we executed well and did our job, but in my eyes even with a perfect season you should have a laundry list of things to clean up. I’m glad we were winning races and running well. During the offseason I want to make sure we can capitalize on not having ones that got away next season.”

With several hurdles hampering scheduled races throughout the year, Mallett made the most of his opportunity, scoring a dozen top fives and 16 top 10s in 25 starts.

“Racing 25 times isn’t where I’d like to be in a year, but when you look back we lost 15-to-18 races between rainouts and tire shortages,” he said. “In those 25 shows we got to race we showed we were prepared and we were on point. We met our expectations and made it count whenever we showed up to the track.

“I’m fortunate we have really good people behind us that believe in our team. When we show up we’re there to make it count and this year I feel good about it. We’re also in as good of a position entering next season as we ever have been heading into an offseason. We can’t wait for the 2023 season to get rolling.”