Here are the biggest and most recent luxury-vehicle stories, debuts, and reviews from the past month. 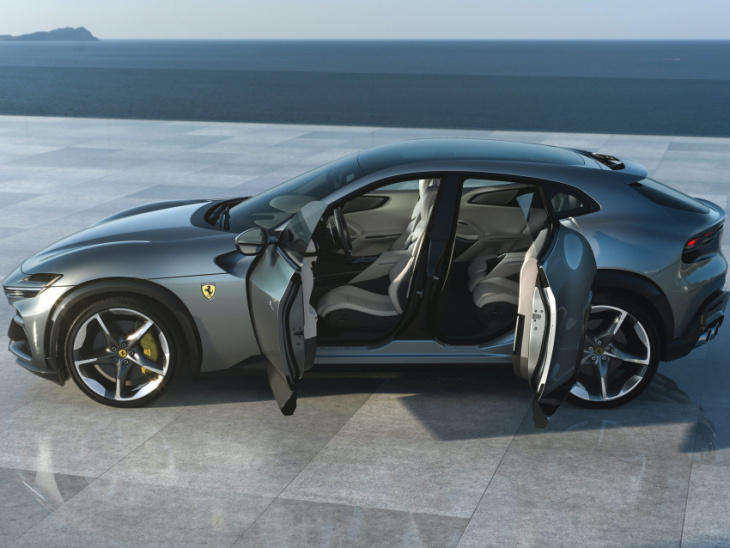 The definition of “SUV” is being stretched every day, but Ferrari doesn’t want any part of that exercise. This much has been made clear with the launch of the brand’s first ever four-door sports car, the 2023 Purosangue.

The name may sound like it was pulled from the Harry Potter universe, but the car itself is real. Very real and very fast, with a massive mid-front-mounted 725-horsepower 6.5-litre naturally aspirated V12 engine. It features an all-new aluminum chassis, an active suspension system with Canadian roots, a brake-by-wire system, and four-wheel steering with independently controlled wheels. Total dry weight is 2,033 kg.

Despite what appears to be a more mainstream configuration (you know, four seats and all) the Purosangue will not be built en masse. Instead, Ferrari says the car will represent no more than 20 per cent of total production. As for pricing, European deliveries set for the second half of next year are being offered at 390,000 euros, or around CDN$520,000. 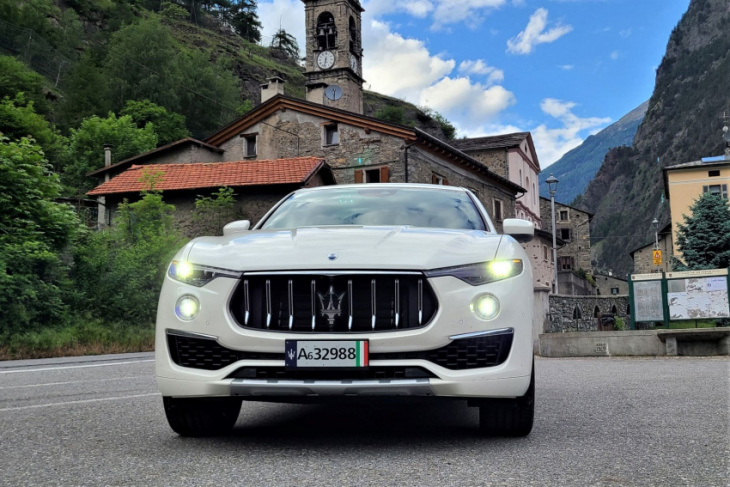 What do the Maserati Levante, Porsche 911, Lincoln Navigator, Land Rover Range Rover Sport, and Mercedes-Benz S Class all have in common? Truthfully, probably quite a bit, but for the purposes of this roundup, they’re all in the top ten best-selling cars in Canada that cost over $100,000.

Driving’s list of the most popular-by-purchase six-figure vehicles shows how Canadians have a diverse taste for pricey rides, ranging from German sports cars to British SUVs. When taken as a group, these $100K-plus vehicles produced nearly 1,000 combined sales per month during the first six months of 2022, which wasn’t exactly a hot market in general. In other words, they’re everywhere!

The top spot on the list goes to the Porsche 911, whose sales rose 30 per cent, putting the German maker on track to have its best year of 911 sales in the nation. Tesla should (maybe) belong on the list with its Model S and Model X, but due to the fact it doesn’t share official sales numbers (or basically anything) it’s not included. Find out if and where your $100K-plus dream car fits on the list at the link above. 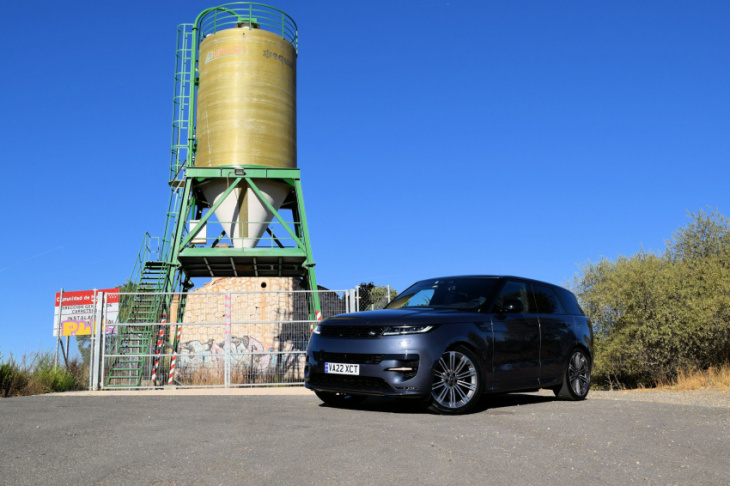 With the 2023 Range Rover Sport PHEV (a.k.a. the “Extended Range Electric Vehicle”) Land Rover is diving deeper into the world of electrification. You can get the full lowdown here, but here are some of the highlights.

It has an all-electric range of around 77 km and is one of the only PHEVs currently on the market to support DC fast-charging. And momentum (zero to 100 km/h in 5.8 seconds) comes from an inline-six working in concert with a battery-powered 141-horsepower electric motor—combined figures tally up to 434 hp and 457 lb-of torque. Off-road, meanwhile, the new Sport lives up to its badge with suspension that can lift the SUV to 274 mm of ground clearance; multiple drive modes; hill descent control; and a novel auto off-road cruise control system that allows drivers to set speed and comfort levels and allow the vehicle to push ahead without driver input on throttle or break.

As a whole, First Drive reviewer Sami Haj-Assaad sums its value thusly: “For those with deep enough pockets, there’s simply no equal to what the Range Rover Sport can do.” 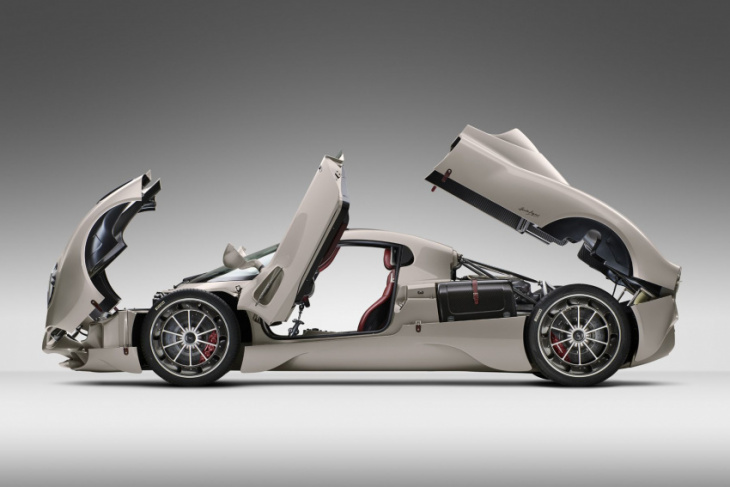 Following on the heels of the Zonda and Huayra, the Pagani Utopia is the latest hypercar from the Italian maker. It is also arguably its greatest. Now, to fully understand just how wholly Horacio Pagani revolutionized the hypercar industry, you have to look back to 1999 and the launch of the Zonda, because the Utopia stands on the shoulders of that giant and the next in line.

The Utopia’s 6.0L twin-turbo V12 is the same as in the the Huayra, only upgraded by Mercedes-AMG to crank out 852 horsepower, which it passes to the 1,280-kg car’s wheels via an XTrac seven-speed sequential gearbox fitted with a triple-plate clutch to handle the 811 lb-ft of torque, or via a six-speed manual.

But perhaps the best way to appreciate Pagani’s latest is simply by looking at it, because the brand has improved aero and downforce to create a profile unlike pretty much anything else out there. The brand describes the CDN$2.85 million car as “radiating simplicity,” but that doesn’t exactly apply to the interior. Find out why here.

The 5 best luxury cars you can buy today 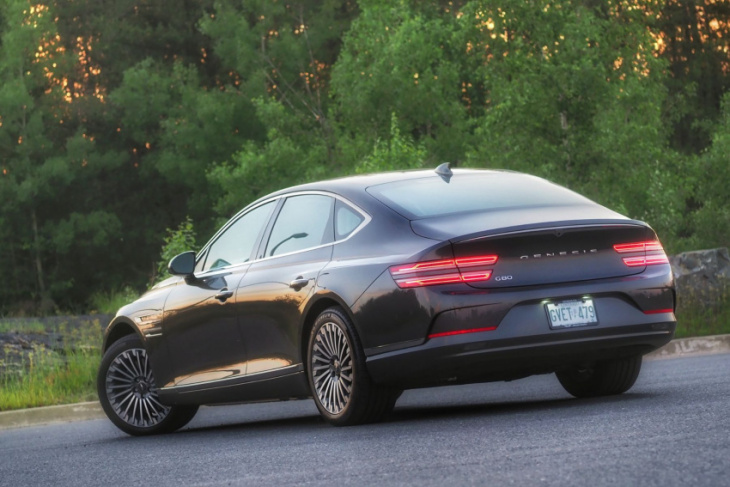 The luxury-car segment in Canada in 2022 is probably bigger than its ever been, and if you’re tired of sifting through miles-long options lists and impressive technical specs, we’ve put together for you a list that cuts right to the chase and names five of the best premium new cars you can buy today, one for each of five different subcategories.

Whether you’re looking for a deluxe wagon, a high-end two-door, or an “affordable” – we obviously use the term loosely in this context – exotic, we run each segment down and nominate a top pick. Read Graeme Fletcher’s justification for why the Porsche Taycan, Bentley Continental GT, and others get the nod in this hot-off-the-presses listicle. 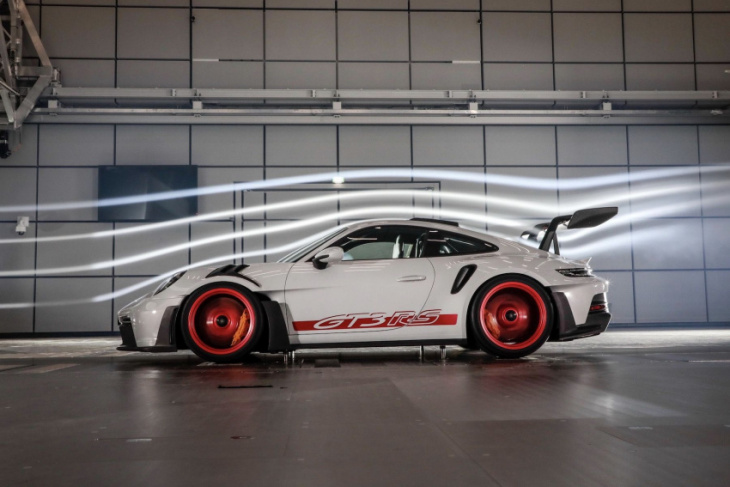 Porsche has delivered a new level of production power with the 2023 911 GT3 RS. Fitted with a rear-mounted 4.0L six-cylinder boxer engine tuned to make 518 horsepower, the sports car gets the most out of its grunt with a bunch of tech and metal borrowed from Porsche’s motorsport arm, including rigid valvetrain and a drag-reduction system (DRS) that can help get more speed, or lose it.

To achieve its zero-to-100 km/h acceleration time of 3.2 seconds and top speed of 296 km/h, engineers installed new cam profiles and a single throttle suction system, shortened the seven-speed PDK dual clutch transmission’s ratio, and added air intakes to the underbody. And to get it to stop, there are now standard six-piston aluminum monoblocks calipers up front working on 408-mm discs, and four-piston units on 380-mm discs on the back. Wheels are also new forged alloy units with a central lock and an increased track over the current 911 GT3. Learn more and check out the image gallery here.