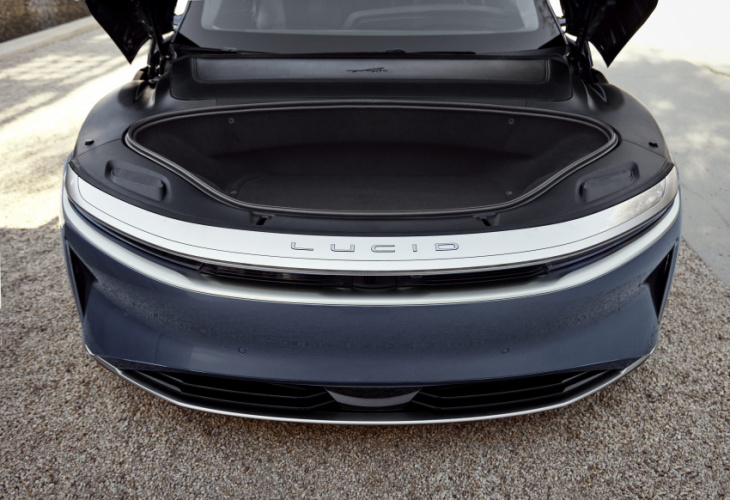 The year is coming to an end, and electric vehicle maker Lucid Motors is under pressure to deliver as many vehicles as possible. This has reportedly resulted in the company adopting a rather assertive strategy in an effort to save Lucid Air orders that are being canceled.

Lucid has already tempered expectations for its numbers this year, with the company adjusting its target to just 6,000 to 7,000 vehicles for 2022. So far, Lucid has produced a total of 3,687 vehicles in the first three quarters of the year. This means that for Lucid to hit its already adjusted targets, it would have to deliver a record number of its Air sedans to customers this Q4.

Citing two internal emails, Insider noted that Lucid has rolled out a new protocol designed to address Air sedan order cancellations from customers. The emails were reportedly sent over the past two months. As per the publication, one of the emails to Lucid retail employees noted that “every cancellation is a failure.” The message also included a process for “saving” Lucid Air orders.

A Lucid employee reportedly explained the process, and it is quite interesting. When a customer asks for a Lucid Air order to be canceled, the request is promptly assigned to a Lucid case owner, who would then be required to call the customer within the next 24 hours. The case owner is tasked with saving the order, and if they are unable to reach the customer, they must try to reach the customer three more times in consecutive days.

If case owners are unsuccessful, the case is reportedly escalated to a manager, who would also be tasked with contacting the customer within 24 hours. The manager will try calling the customer five more times on consecutive days if they are unable to establish contact.

Following the manager, the case is escalated once more to a regional manager, who is also tasked with contacting the customer within 24 hours. Regional managers are expected to call customers three more times on consecutive days if they are unable to reach the customer. Following this, the reservation could finally be canceled.

“At least in retail, I think they’re definitely starting to put the hammer down, and it’s this unhealthy pressure from the top. I think the level of desperation and the tone of that email, combined with that cancellation protocol, it doesn’t spell high-end and luxury,” a Lucid Motors employee reportedly said, as per the publication.

Lucid’s strategy to save its vehicle orders could result in customers getting calls from the company every day for two weeks before their request is fulfilled. Of course, the likelihood of such a scenario happening seems quite slim since it would require customers to ignore multiple calls consecutively, but it’s an assertive strategy nonetheless.

Lucid has not issued a comment about the matter as of writing.

Panasonic Energy to supply batteries to Lucid Air, Gravity and build in US

It was on the 11th hour, but Lucid Motors achieved something notable before the end of the year. As per recent posts on the electric vehicle maker’s social media pages, Lucid was able to hold its first deliveries of the Lucid Air Pure before the end of 2022. Images ...

As we head into the new year and prepare to announce the Green Car Reports Best Car To Buy 2023, there seems like no better time to reflect and revisit our past winner, the Lucid Air. A year after taking the technology lead with incredible range, power, and efficiency, ...

Lucid has made it easier to hop behind the wheel of its 819-hp, 516-mile Air Grand Touring sedan. The EV startup this week announced a new starting price of $138,000, down from $154,000 previously. To achieve the lower price, Lucid removed some standard features and made them available, thus ...

Lucid began delivering its limited-production Dream Edition to its customers in Europe, the automaker announced. European customers can choose between two versions of the Dream Edition: the Performance and the Range. Dream Edition Performance features two motors producing a combined 828 kW (1,111 horsepower) and an all-electric driving range ...

The US electric car manufacturer Lucid Motors has started deliveries of its electric luxury sedan Air in Europe. The first units went to customers in Germany and the Netherlands. The Lucid Air starts in Europe with the limited Dream Edition, which is available in two different versions. According to ...

Elon Musk may think Lucid Motors could be on the verge of death as a company, but its latest tri-motor version of its Air sedan sure says otherwise from a speed standpoint. In a recent video you can view below, the team at Hagerty put the Lucid Air Sapphire ...

Lucid Group (NASDAQ: LCID) announced it had completed a capital raise of $1.515 billion to cushion its financial position as it continues to ramp up the production of its electric vehicles. The automaker said it had successfully completed its “at-the-market” equity offering program by selling more than 56.2 million ...