The Lucid Air received a five-star safety rating from the Euro NCAP.  The highest scores were in the Adult and Child Occupant categories, where the Air scored 90% (adult) and 91% (child.) 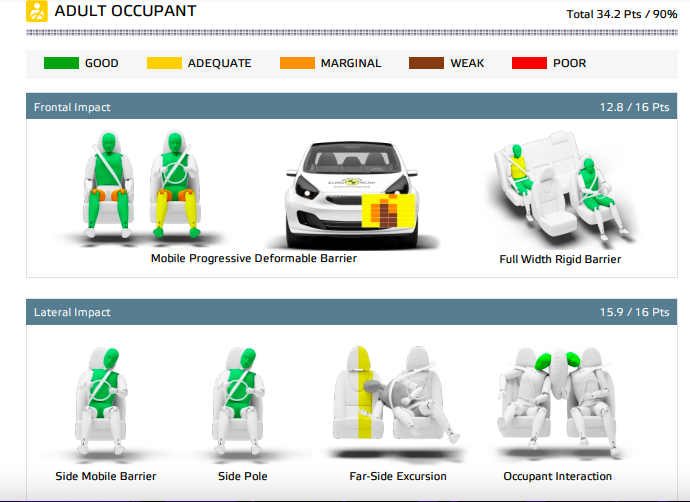 Euro NCAP noted that during the frontal offset test, the passenger compartment of the Lucid Air remained stable. It said that dummy readings revealed good protection of the knees and femurs of both the driver and passenger.

The vehicle’s ability to protect all of the critical body regions was good or adequate for both the driver and rear passenger. The Air also scored maximum points in the barrier impact and pole test assessments.

“The system performed well in Euro NCAP’s tests, with good protection of the occupants’ heads. Tests on the front seats and head restraints demonstrated good protection against whiplash injuries in the event of a rear-end collision,” Euro NCAP said.

“A geometric analysis of the rear seats also indicated good whiplash protection. The Air has an advanced eCall system which alerts the emergency services in the event of a crash, and a ‘Secondary Collision Mitigation System’, which automatically applies the brakes to prevent secondary collisions.” 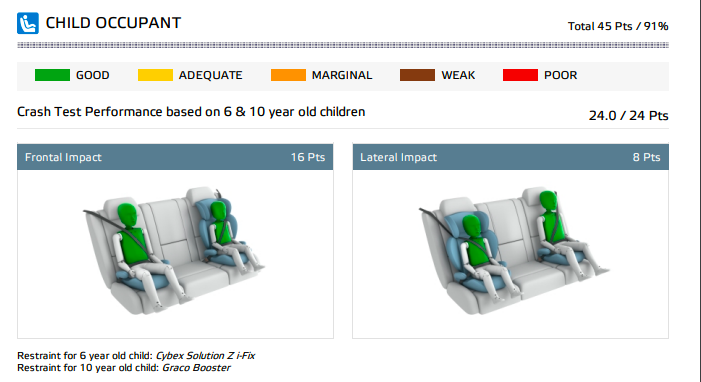 Euro NCAP found that the protection of all critical body regions for the child dummies was good in both the frontal offset test and the side barrier impact. The Lucid Air “scored maximum points in this part of the assessment.”

It added that the vehicle has a system that automatically disables the front passenger airbag to allow for a rearward-facing child restraint to be used in that seating position.

“The system worked robustly and was rewarded. All of the child restraint types for which the Air is designed could be properly installed and accommodated in the car,” it said. 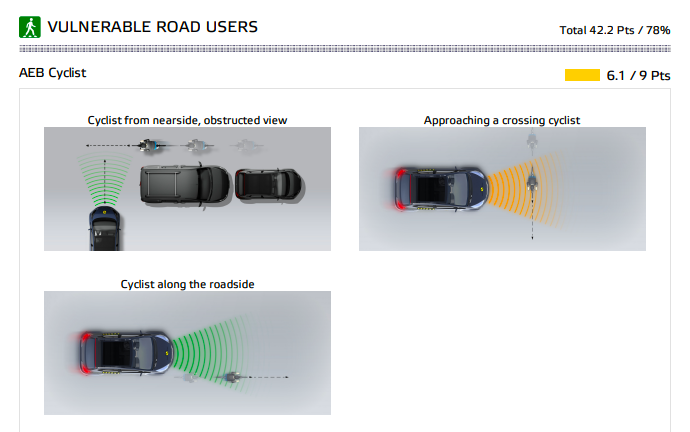 The Lucid Air scored 6.1 out of 9 points for vulnerable road users. The vehicle has an “active bonnet” where sensors in the bumper detect when a pedestrian has been struck, and actuators lift the bonnet to provide greater clearance to hard structures underneath, Euro NCAP pointed out.

“Lucid demonstrated that the system worked robustly for different pedestrian statures and across a range of speeds. Accordingly, the car was tested with the bonnet in the raised, ‘deployed’ position. Protection of the head of a struck pedestrian was almost entirely good or adequate over the bonnet surface, but poor results were recorded at the base of the windscreen and on the stiff windscreen pillars.”

“The bumper offered good or adequate protection to pedestrians’ legs, and protection of the pelvis was good at all test locations. The autonomous emergency braking (AEB) system of the Lucid can respond to vulnerable road users as well as to other vehicles. The system performed well in tests of its response to pedestrians and adequately in tests of its response to cyclists.”

You can watch the testing video here and read the full assessment details here.

Panasonic Energy to supply batteries to Lucid Air, Gravity and build in US

It was on the 11th hour, but Lucid Motors achieved something notable before the end of the year. As per recent posts on the electric vehicle maker’s social media pages, Lucid was able to hold its first deliveries of the Lucid Air Pure before the end of 2022. Images ...

As we head into the new year and prepare to announce the Green Car Reports Best Car To Buy 2023, there seems like no better time to reflect and revisit our past winner, the Lucid Air. A year after taking the technology lead with incredible range, power, and efficiency, ...

Lucid has made it easier to hop behind the wheel of its 819-hp, 516-mile Air Grand Touring sedan. The EV startup this week announced a new starting price of $138,000, down from $154,000 previously. To achieve the lower price, Lucid removed some standard features and made them available, thus ...

Lucid began delivering its limited-production Dream Edition to its customers in Europe, the automaker announced. European customers can choose between two versions of the Dream Edition: the Performance and the Range. Dream Edition Performance features two motors producing a combined 828 kW (1,111 horsepower) and an all-electric driving range ...

The US electric car manufacturer Lucid Motors has started deliveries of its electric luxury sedan Air in Europe. The first units went to customers in Germany and the Netherlands. The Lucid Air starts in Europe with the limited Dream Edition, which is available in two different versions. According to ...

Elon Musk may think Lucid Motors could be on the verge of death as a company, but its latest tri-motor version of its Air sedan sure says otherwise from a speed standpoint. In a recent video you can view below, the team at Hagerty put the Lucid Air Sapphire ...

Lucid Group (NASDAQ: LCID) announced it had completed a capital raise of $1.515 billion to cushion its financial position as it continues to ramp up the production of its electric vehicles. The automaker said it had successfully completed its “at-the-market” equity offering program by selling more than 56.2 million ...