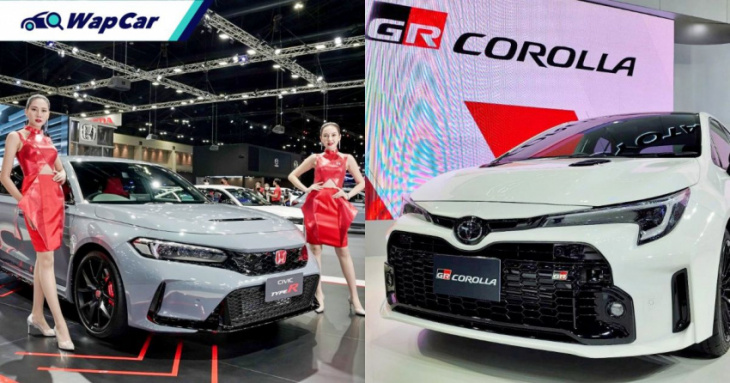 Toyota has announced prices of the at its home market in Japan. Two variants are available but only 1 is relevant to us. The RZ variant sells for JPY 5,250,000, which is 15 percent more expensive than the highest specs RZ High Performance. The other variant is the Morizo Edition, a stripped out, 2-seater track missile that’s definitely not coming here. That variant costs JPY 7,150,000. 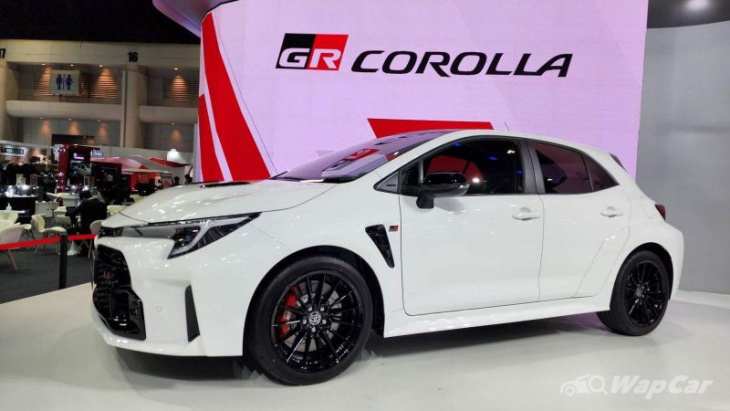 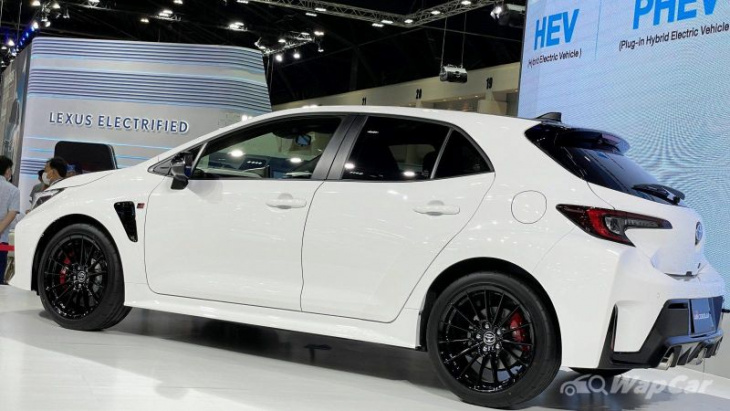 The GR Yaris was sold in Malaysia (only 127 units) at RM 299,000, with Performance Pack. It’s basically the equivalent to the highest range RZ High Performance variant model in Japan, but with a different head unit and audio system.

Assuming the same 15 percent price difference over the GR Yaris is applied here, we can expect the GR Corolla to be launched in Malaysia at around RM 345k.

You may have read that the GR Corolla made its ASEAN debut in Thailand at an equivalent price of RM 497k (THB 3,949,000), but you shouldn’t read too much into it because the converted prices have been inflated by the strong Thai Baht versus our weaker Ringgit. 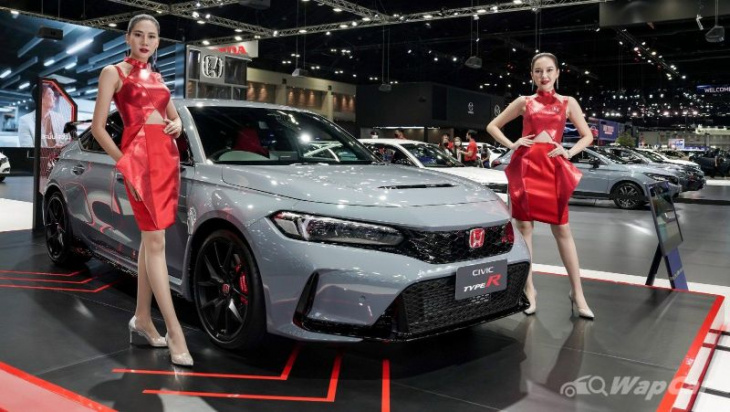 The last FK8 Honda Civic Type R was sold in Malaysia at RM 320k but that was when GST was still in place.

In Japan, this all-new FL5 generation model is 5 percent more expensive than the previous FK8 generation, so we should expect a similar 5 to 7 percent (at least) increase in prices when it is launched in Malaysia. A circa RM 350k price is a reasonable estimate. 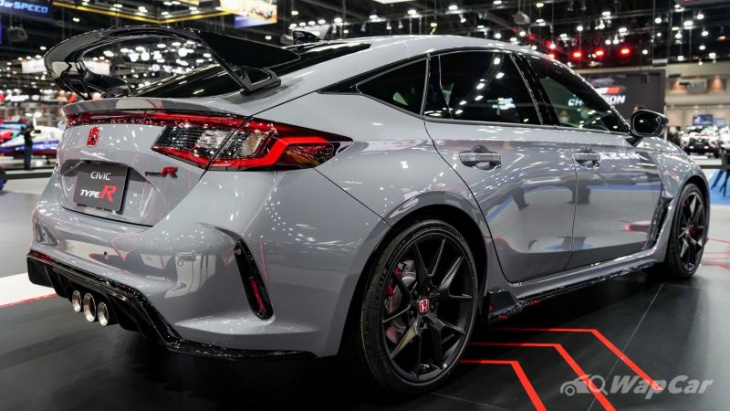 Since our archaic vehicle tax structure is still based on engine capacity, the 1.6-litre GR Corolla will attract about 5 percent less excise tax than the 2.0-litre Honda Civic Type R (75 percent versus 80 percent).

Assuming that the 30 percent import duty is exempted / applied equally to both models, there is a chance that the GR Corolla could be launched at a lower price than the Civic Type R. We say ‘exempted / applied’ because under the Japan-Malaysia Free Trade Agreement, import duty for cars originating from Japan is waived to zero.

In theory, prices of imported (CBU) cars from Japan should be coming down but in reality this is not happening because to qualify for the waiver, the manufacturer must provide documentations proving the country of origin for each part that went into the car.

With parts count for an average car easily reaching 50,000, few manufacturers have the patience to do this, especially for a small market like Malaysia, where 60 percent of the car market is dominated by national makes.

“If we take time to do this, what is the projected increase in sales?” is what the manufacturer will ask the local distributor. If the figure comes out to be a negligible 4-figure sum, a sum that a dealer in the US or China can do in a week, “Forget it” will be the answer.

So unless Honda or Toyota decide to go through this tedious process, we estimate that the GR Corolla will be priced slightly lower than the Civic Type R.

Both models are expected to be launched in Malaysia within the first half of 2023.

Most common Toyota RAV4 problems What does the EVAP Canister problem mean for the Toyota RAV4? The false check engine report is a bit of a headache in this Toyota SUV Are failing oxygen sensors a common problem? Is the Toyota RAV4 a reliable SUV? What factors go into ...

How many miles can a Honda Accord go between oil changes? What type of oil should I use for my Honda Accord? How do you reset the oil life on a 2016 Honda Accord? What does it mean when Honda Accord says 15% oil life? Do you need a ...


View more: Honda Accord Oil Change: How Often and How Do You Reset the Oil Light?

1. The 2023 Honda Passport has standard AWD 2. Wireless charging is standard in this Honda SUV 3. The Passport locks and unlocks based on your location 4. Honda provides a useful infotainment system in the 2023 Passport 5. Add the “L” to your Passport for the best midsize ...

The mighty Toyota Prado faces off against its most serious rival yet, the new Ford Everest

A new video offers a first-ever look at the Honda VR Design Studios in Los Angeles, revealing how Honda is leveraging advanced virtual reality (VR) and mixed reality technology to fast track the development of new Honda vehicles. VR has quickly become a critical tool for Honda designers in ...


View more: How the Latest VR Technology Is Accelerating The Design Process Of Honda EVs


View more: Top 3 things you need to know about the Toyota Corolla Cross