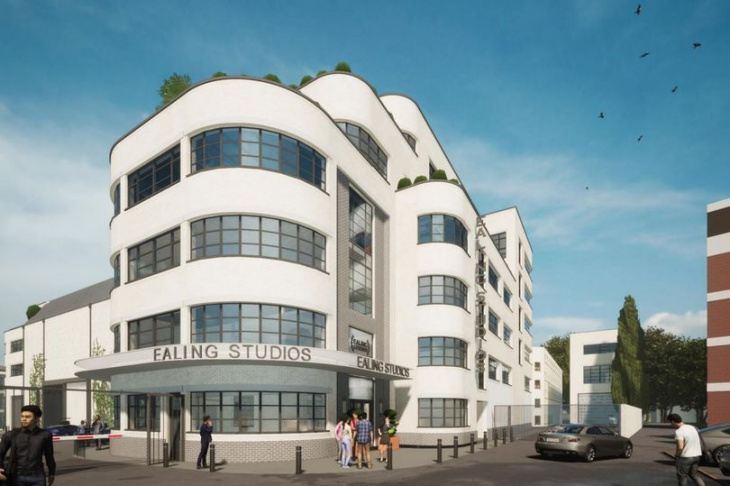 Ealing Studios are set for a brand new makeover

The oldest film studio in the world is set for a brand new makeover so it can keep up with the modern competition, documents have revealed. For more than 100 years, Ealing Studios has played a huge role in creating the most iconic British television – including Doctor Who, Downton Abbey and The Crown.

Under new plans submitted to Ealing Council, three blocks which currently house production space, music studios and storage are set to be demolished. These facilities are small and outdated with plans to rejuvenate the studios set to “transform the oldest continuously filming studio in the world to the most advanced studio in the world”.

Demolished blocks will be replaced by a £20m development which will see four new modern buildings built, ranging in height from four to six storeys. There will be studio space for film, television, and entertainment production, plus a number of offices and workshops.

There will be a new hub to house reception, security, and meeting space for production staff, actors and extras during filming. Sound insulation will be improved to meet modern standards to reduce filming impact on the rest of the studio site and nearby neighbours.

These new plans come as demand for modern studios reaches a new height with Amazon, Netflix and Disney signing lucrative contracts with other UK studios. Developers say: “To compete in this market Ealing Studios need to offer modern studio space and facilities. The demand for new space is for larger sound stage recording facilities, modern workshops and office space.

“Ealing Studios has outdated facilities that are not competitive in the current environment and so plans have been brought forward to partially redevelop the buildings and create facilities which preserve the status and drive the competitive edge to compete and ensure the studios long term survival.

“The current facilities at Ealing Studios are smaller than other studios, with outdated workshops, props stores and offices. To keep these studios operational and desirable for the growing and changing creative industry, plans have been brought forward to modernise some of the existing spaces and preserve the studios’ position as a creative pioneer.”

The developers claim this new scheme will take just 18 months to build. Most of the construction will take place off-site, and then brought to Ealing Studio to reduce the impact on nearby neighbours.

Ealing Studios first opened in 1902 and are the oldest surviving film studios in the country. Although parts of the site have been replaced with modern technology, some of the sound stages date back to 1929. The White House, which is the iconic entrance of the studios, plus the older sound stage buildings, will not be included in the makeover and will retain their historical importance.

In the 1950s, the BBC bought the studio site and it become the home of many iconic TV hits including Porridge, Monty Python, and Doctor Who. Despite the BBC selling the studio in 2000, the site remains the home of the best of British entertainment – including films like The Theory of Everything, The Darkest Hour and Bridget Jones.

Ealing Council’s planning committee are expected to make a decision on the plans for the studio on Wednesday (November 23).

Do you live in West London and have a story you want to share? Get in touch megan.stanley@reachplc.com

Keyword: London's oldest film studio where The Crown and Doctor Who were filmed fights for huge makeover

cyber truck As we head into winter, having lost count of the impending existential threats now facing humanity, we can at least take some solace in the simple act of browsing Rightmove for a compound in North Wales before everyone else does. Hopefully, it won’t be long before the ...


View more: The Tesla Cybertruck Isn't the Only SUV Built for the End of Days

Jerry Seinfeld has been everywhere lately promoting his new The Comedians in Cars Getting Coffee Book—and it's marked way down right now.