Charles Leclerc reckons Red Bull has either “found something” with its Formula 1 car or built it “exactly for this track” after Max Verstappen dominated Belgian Grand Prix qualifying.

Verstappen was comfortably quickest in qualifying as F1 returned from its summer break at Spa, lapping six tenths faster than the lead Ferrari of Carlos Sainz and more than eight tenths clear of Leclerc, who trails Verstappen by 80 points in the championship. 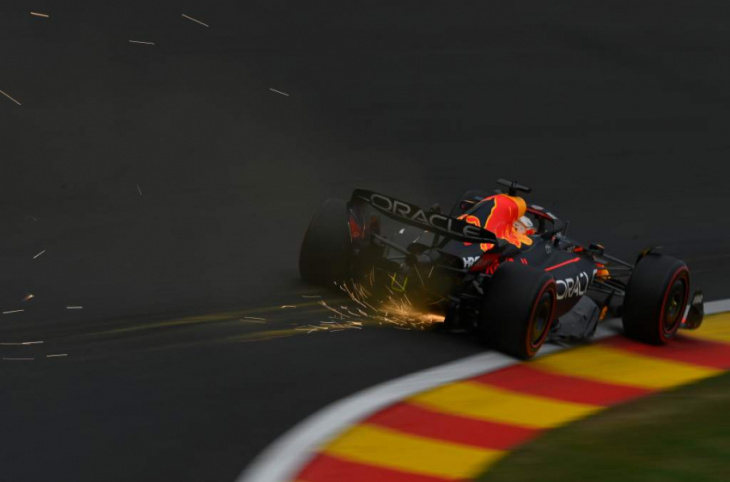 Although Verstappen will drop to 15th because of a grid penalty for various engine component changes, he is widely tipped to be capable of winning the grand prix, such is Red Bull’s pace advantage.

Leclerc said he was surprised at the extent of the gap and said it was “just impossible for us to get close” over one lap.

“They seem to be flying this weekend. Since FP1 they’ve been on another level,” he acknowledged.

More concerningly for Ferrari, he did not buy into the suggestion that this could just be a track-specific advantage for Red Bull. 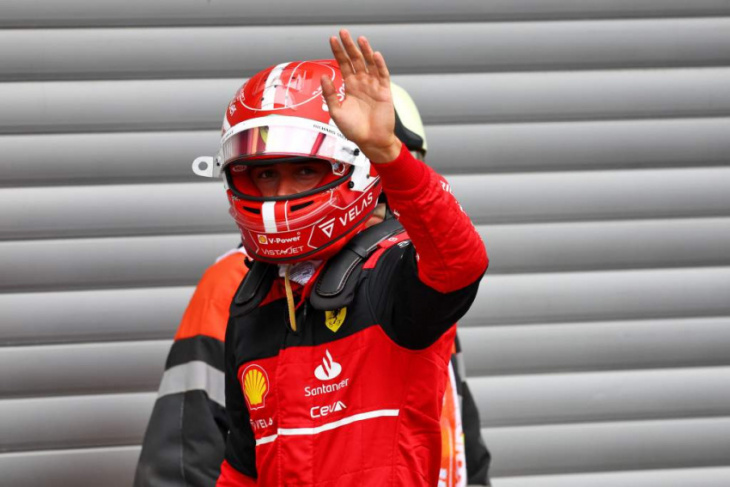 “I mean, if it’s track-specific, then they built this car exactly for this track because seven tenths is a lot!

“So, I don’t know. They found something this weekend that is quite impressive. I mean, it’s a big gap.

“I hope that in Zandvoort it will change.”

Though team-mate Sainz did beat Perez, Leclerc also highlighted the lap Perez put in to top Saturday morning’s practice – a lap he said “we didn’t really understand where it was coming from”.

Like Verstappen, Leclerc has to start from the back because of his own engine changes, which meant one of his Q3 runs was sacrificed to focus on giving a tow to Sainz.

A scruffy second lap meant Sainz was further adrift than he probably should have been but he felt that the big deficit to Red Bull existed all weekend.

“We really don’t have any big balance issues,” Sainz said. 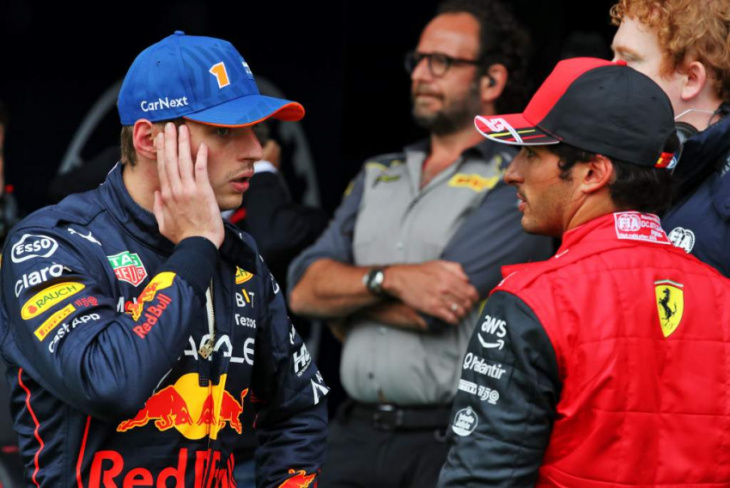 “We just have a pace deficit to Red Bull and Max that is a bit puzzling, because we’ve been on the pace all year, we’ve been fighting for pole.

“But for some reason at this track, this weekend, I don’t know if it’s temperatures, the efficiency of their car or whatever – it’s just putting them with a very healthy margin ahead that is making our life a bit more difficult.

“Already Q3 run one was a pretty clean lap. With the tow from Charles, I missed a bit my braking into Turn 5-6-7, lost a bit there. There was no more than a tenth in it.

“So, if you see the gap to Max, it has been there all weekend. FP3, FP2, he was just always more than half a second ahead of us in every compound, in every situation.

“There’s some homework to do there.”

Keyword: ‘Like it was built for Spa’ – Ferrari duo stunned by Red Bull gap